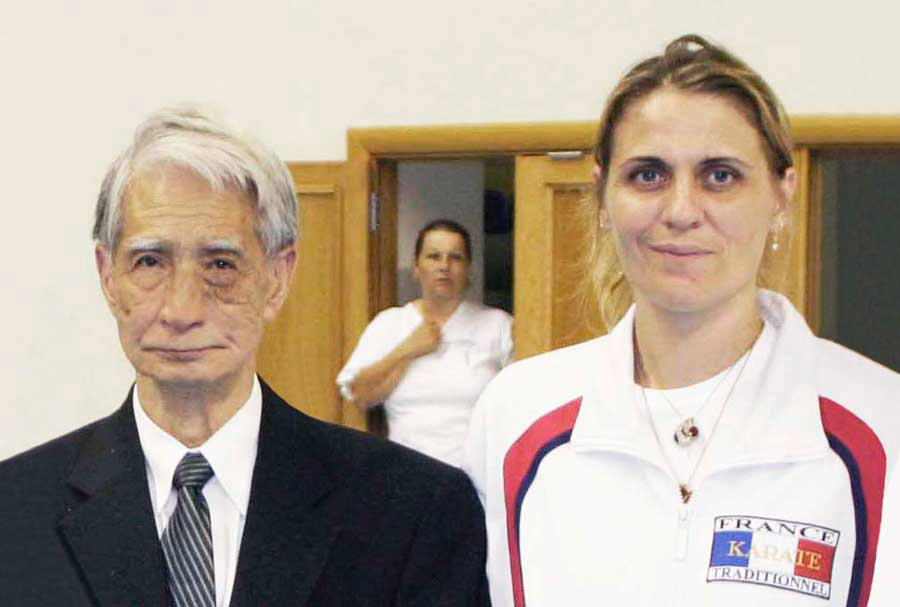 Sandrine Le Corre and Hidetaka Nishiyama at the 2005 European Championship

For the president of the French Federation of Traditional Karate (FFKT), Sandrine Le Corre, current karate must contain aspects of contemporary moral philosophy and contribute decisively to the actions and choices of individuals

Ahead of the French Federation of Traditional Karate (FFKT) since 1996, teacher roku-dan (6th dan) Sandrine Le Corre presents a trajectory entirely dedicated to education, martial arts and health. Her goal is to make traditional karate recognized as an educational vector. Along with her late husband, Professor Ibrahim El Marhomy, Sandrine was responsible for much of the development of traditional karate at the International Traditional Karate Federation (ITKF) in France. Currently, FKT Budo France has 1,500 members representing 25 affiliated clubs. 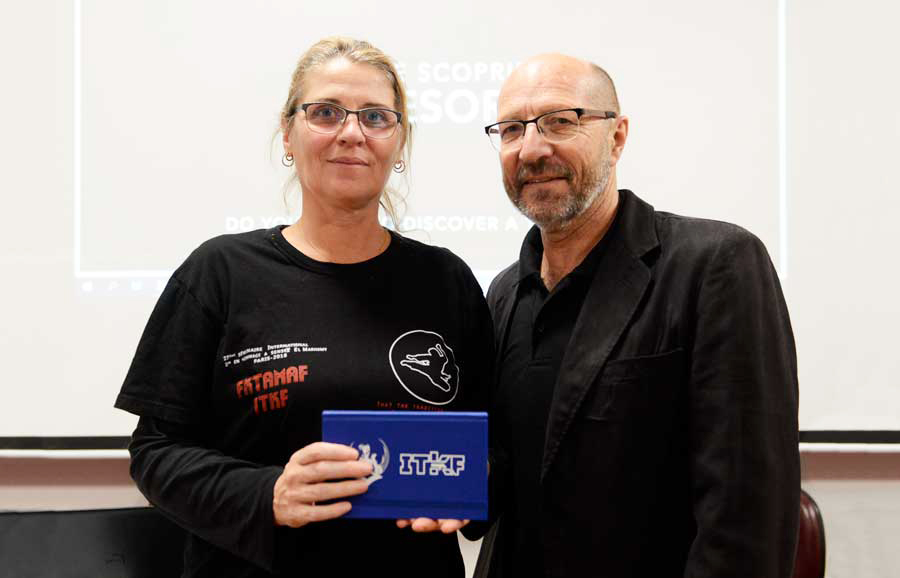 From 2000 to the present day, Sandrine is dedicated to teaching traditional karate with a focus on accompanying children. In addition, she has worked at the National Center for Scientific Research for more than 30 years in the areas of HIV immunology, molecular cancer biology and, recently, in the field of neuroscience. Holder of a master’s degree in professional coaching, she also works as a coach at Réussite Éducative for students who face difficulties in high school. 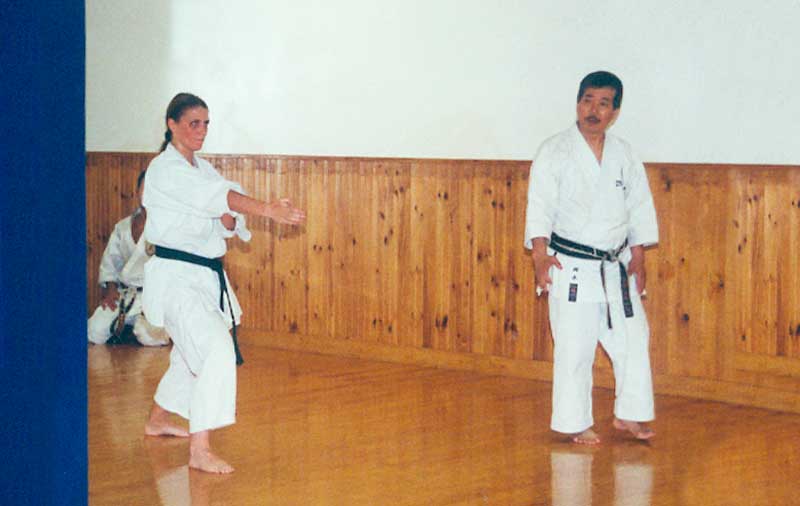 Sandrine in training with sensei Okamoto (2001)

She says that in the 1980s, still in high school, she felt an interest in Japanese martial arts – both for the practical and sporting aspect and for her commitment to life philosophy. Even at a time when few women attended dojo, it was quite natural for her to enroll in karate. After a few years of practice, she noticed that she was losing the philosophical aspect of martial art. So, she decided to look for a dojo that would contribute to all her research. It was a great coincidence when, in 1987, she signed up for sensei Ibrahim El Marhomy’s dojo, whom she would marry years later. 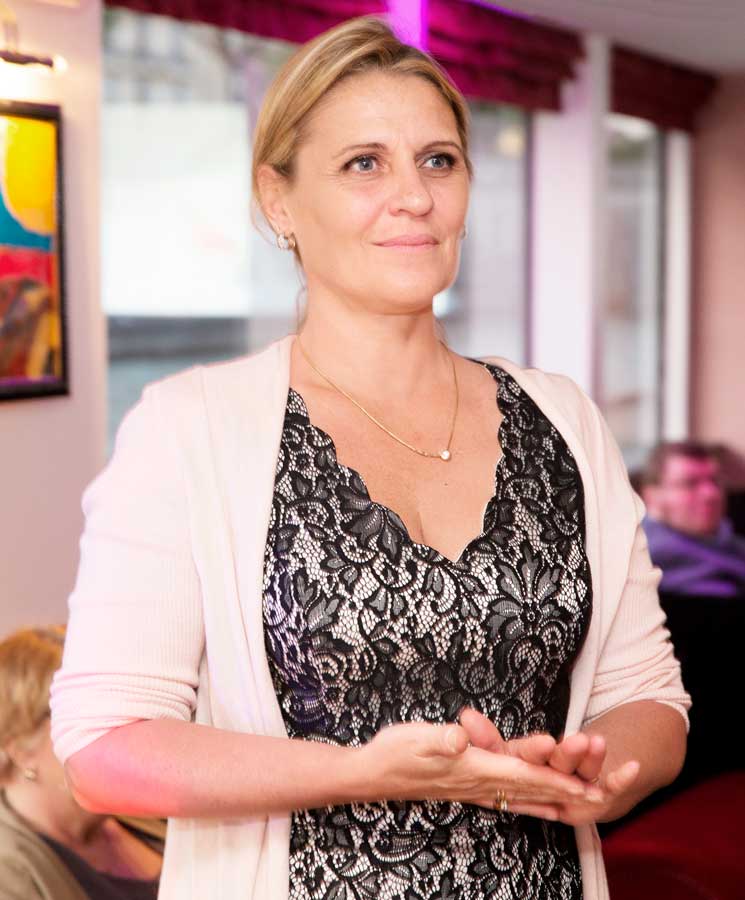 His first contact with Master Nishiyama was in 1994, during an international seminar organized in France. Sandrine reveals that he found his way of living karate-do through the inspiration offered by the master.

“I was delighted with your presence! He was, at the same time, an instructor, founder and leader of the International Federation of Traditional Karate. His search for the individual’s perfection led him to create a training method based on the concept of Budo. To demonstrate the benefits of this concept, he worked with researchers, psychologists and sociologists. The master exuded an extraordinary aura and great humility. Upon meeting him, I finally found my way. I followed his teachings by going to the University of San Diego (CA) and I was accepted in all my exams: black belt, instructor, examiner and trainer”, said the director. 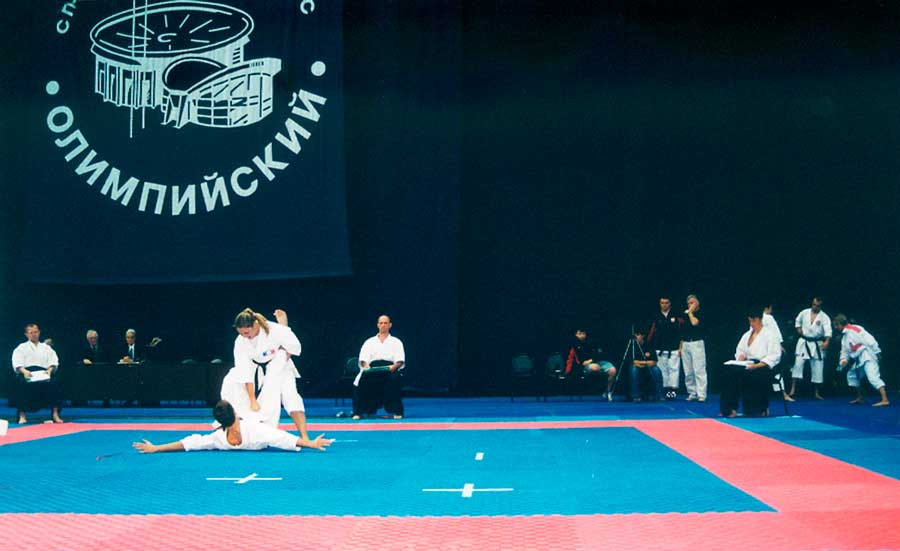 According to Sandrine, Nishiyama loved going to Paris, an opportunity where they could talk a lot and exchange knowledge. He entrusted tasks to her sensei husband El Marhomy and her. “He realized that my late husband was a very good coach, but all the administrative, development and organizational issues were left to me. He was confident and officially appointed us official photographers for major events and assigned us the responsibility for developing traditional karate in the Middle East and Africa.” 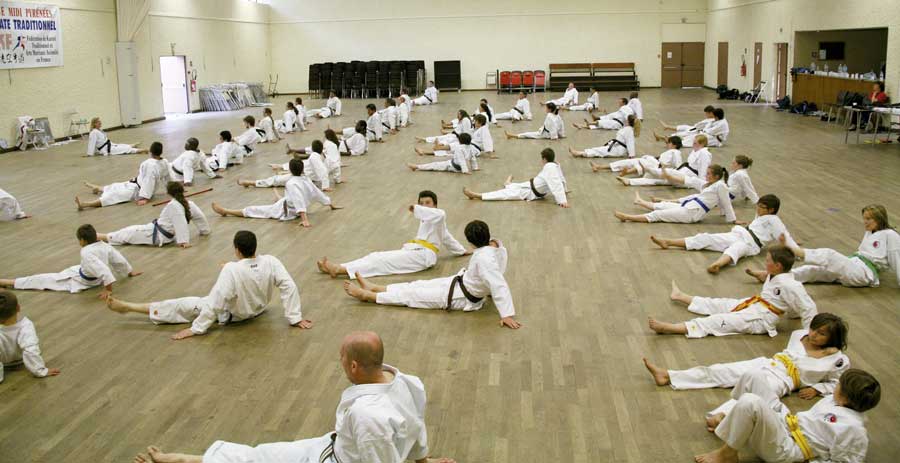 The couple was close to the sensei Nishiyama and his family. At the time of his death, workshops were organized in his honor and the money collected was handed over to the master’s family. Sandrine believes that Professor Nishiyama gave his all for traditional karate, traveled the world to teach Budo and that seemed like the right thing to do to help his family.

Founded in 1990, the French Traditional Karate Federation (FFKT) had sensei Ibrahim El Marhomy as national technical director in 1994 and Sandrine as president in 1996. El Marhomy was known in Egypt for being part of the first generation of karateka trained under the influence sensei Nishiyama with the International Amateur Karate Federation (IAKF) in 1972, in addition to being recognized in France for his technique combined with rich pedagogy. 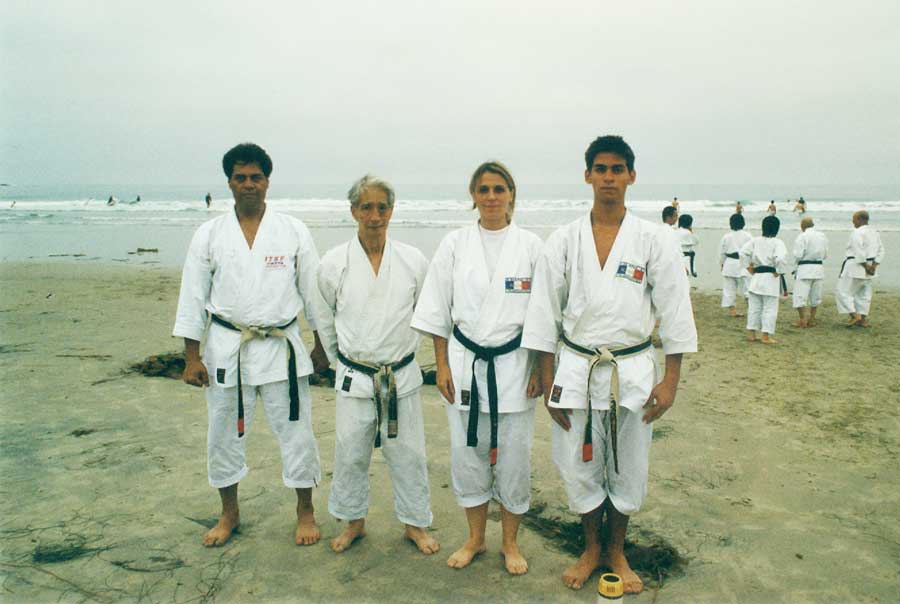 “In 1994, we opened a dojo dedicated to martial arts. In 1996, I became the first female president of a martial arts sports federation in my country. As soon as I was elected, I put the federation in administrative order and decided to study the different rules of the ITKF. Today, I am an international instructor, referee, examiner and trainer. In 2004, I created national education programs on the educational role and benefits of traditional karate as an accompaniment for young children.” 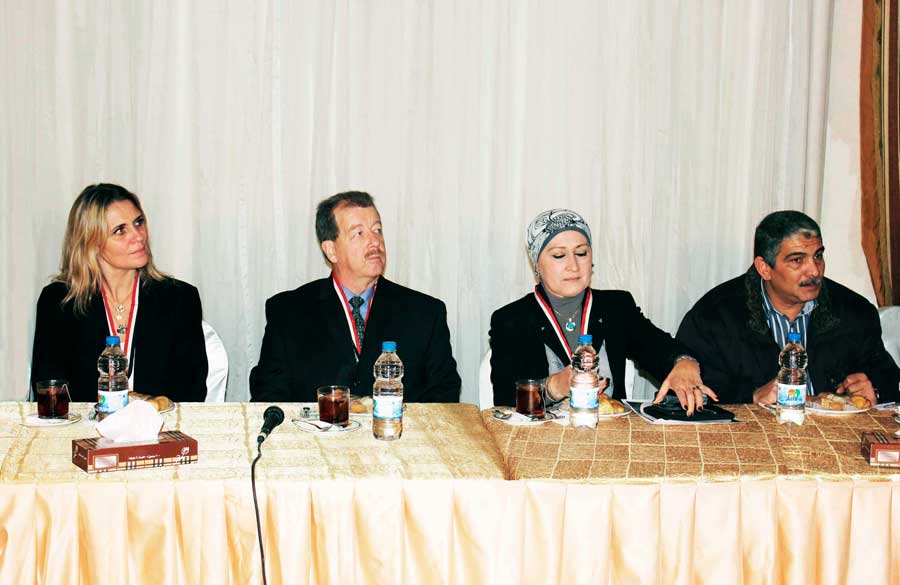 In 2005, Sandrine created Todome, a magazine for the promotion and development of traditional karate in France. In 2011, the Egyptian Traditional Karate Federation (ETKF) became recognized after a long struggle and through the implementation of an educational project. In 2019, the leader received the bronze medal from the Ministry of Youth and Sports and National Education. 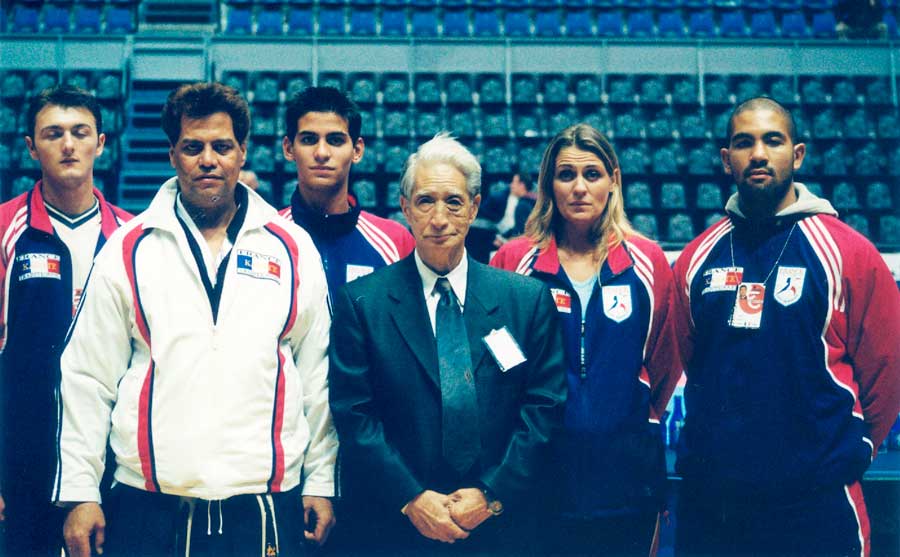 Part of the French team at the Belgrade World Cup (2002)

Sandrine explains that FFKT decided, through its technical committee, not to have a regular team of athletes in the French team, which gives the most deserving chance, who have committed themselves, trained and want to participate in an experience they will never forget.

ITKF is the entity founded by sensei Nishiyama and it’s up toshe safeguard and foster her legacy.”

Future projects for the French federation, provided that the situation of the covid-19 in the country improves, include seminars, including those from the ITKF, and evaluation with European colleagues of the possibility of creating a greater number of regional events. 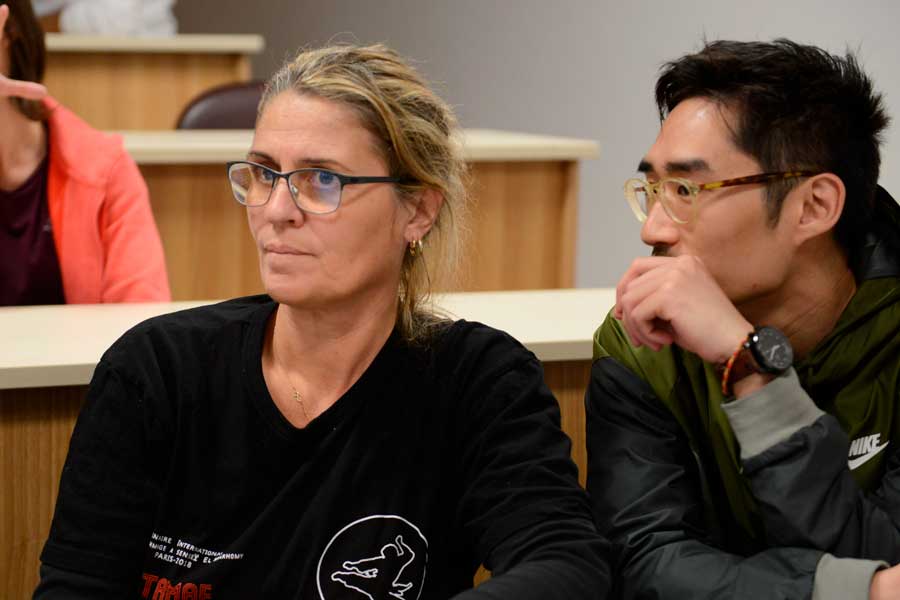 The French leader believes that traditional karate is at an important turning point in its existence due to its values, code of ethics and deontology. Now on a world scale, she believes that many federations claim to be the founders of so-called traditional karate, but only the ITKF has truly inherited and nurtures the legacy of hanshi Hidetaka Nishiyama.

“That’s why I always insist on the words traditional karate and ITKF. ITKF is the entity founded by sensei Nishiyama and it is up to it to safeguard and perpetuate its legacy. It is our home, family and our heritage. Despite the difficulties caused by the pandemic, I would like to salute the work of our president Gilberto Gaertner, our general secretary Luiz Alberto Küster and our international technical director Richard Jorgensen for all the work they have been doing to bring countries closer together through the Zoom platform”, said Sandrine. 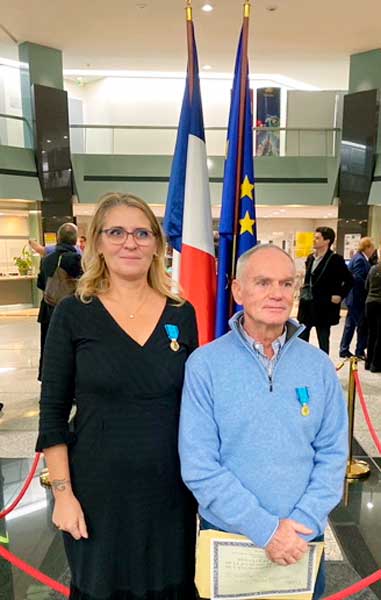 The French leader believes that, in order to popularize and develop traditional karate, there must be a common line of conduct in all countries under the same code of ethics and deontology. In addition, for her, there should be an approach to the International Olympic Committee (IOC) and organizations like UNESCO. 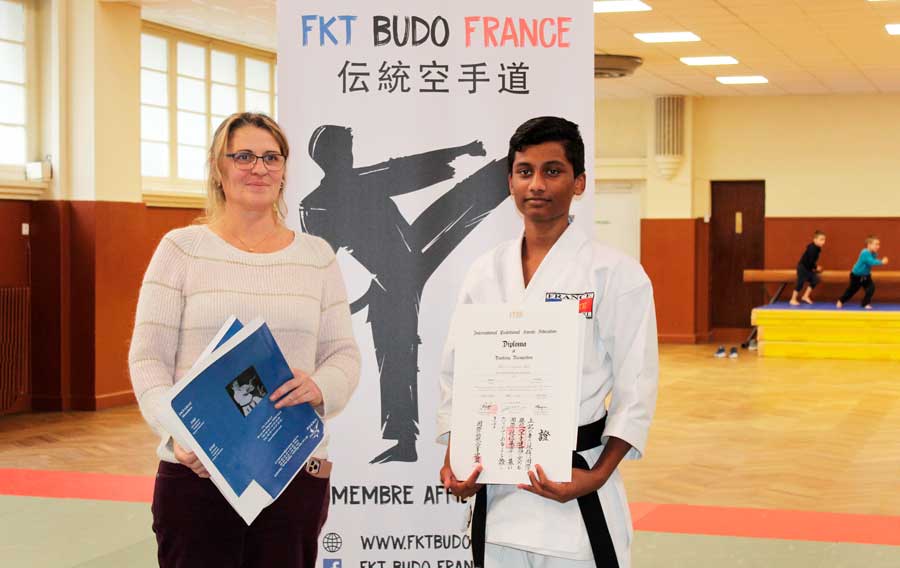 Gilberto Gaertner, president of ITKF, assesses that the French leader offers an expressive contribution in the continental and global context of the sport.

“Sensei Sandrine is a differentiated instructor and leader, with a solid background in both traditional karate and in the health and educational fields. As a leader, she is extremely committed and has added a lot to the structural development of the ITKF. I am sure that it will contribute significantly to the socio-educational activities that will be implemented by ITKF Traditional Karate University from 2021”, predicts Gaertner. 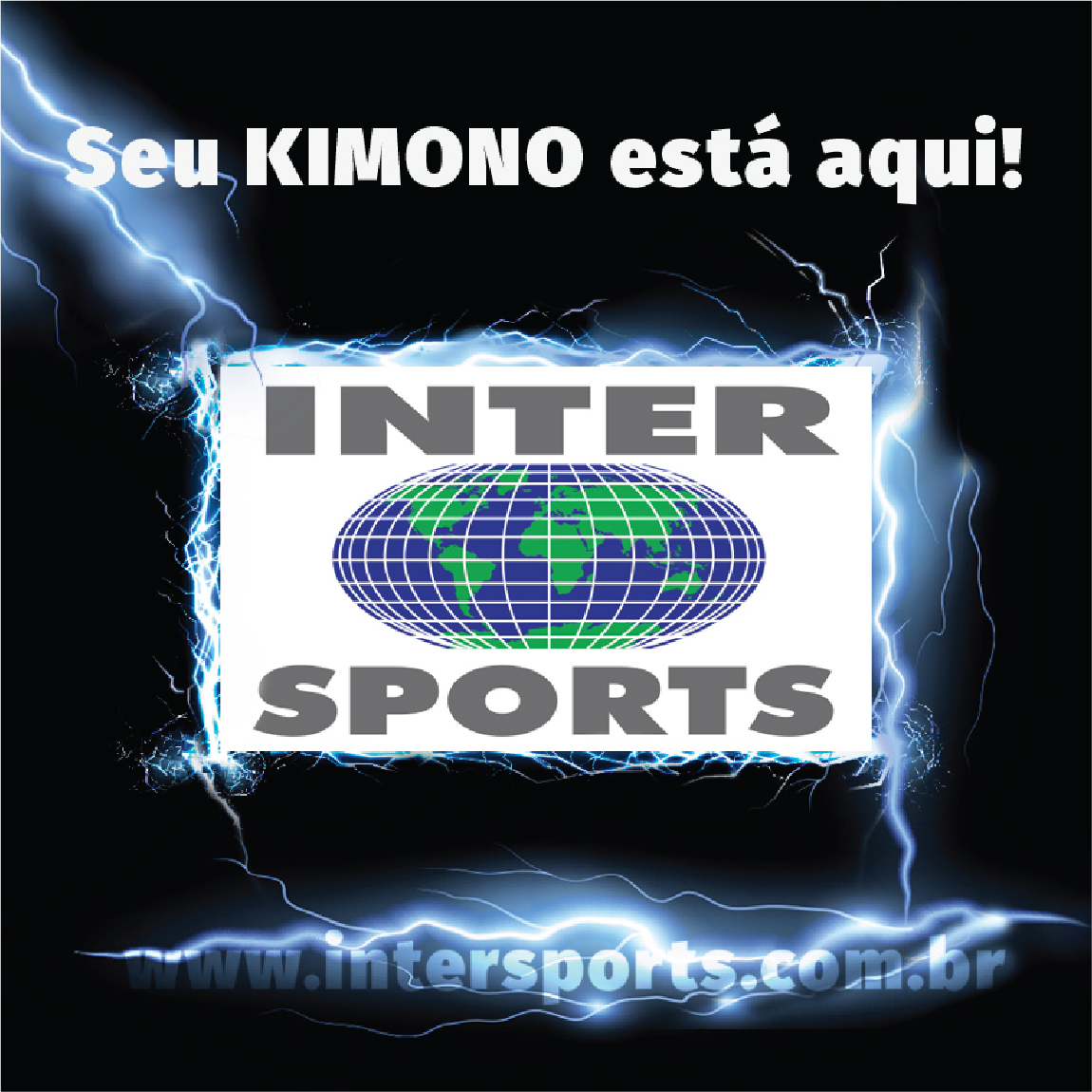 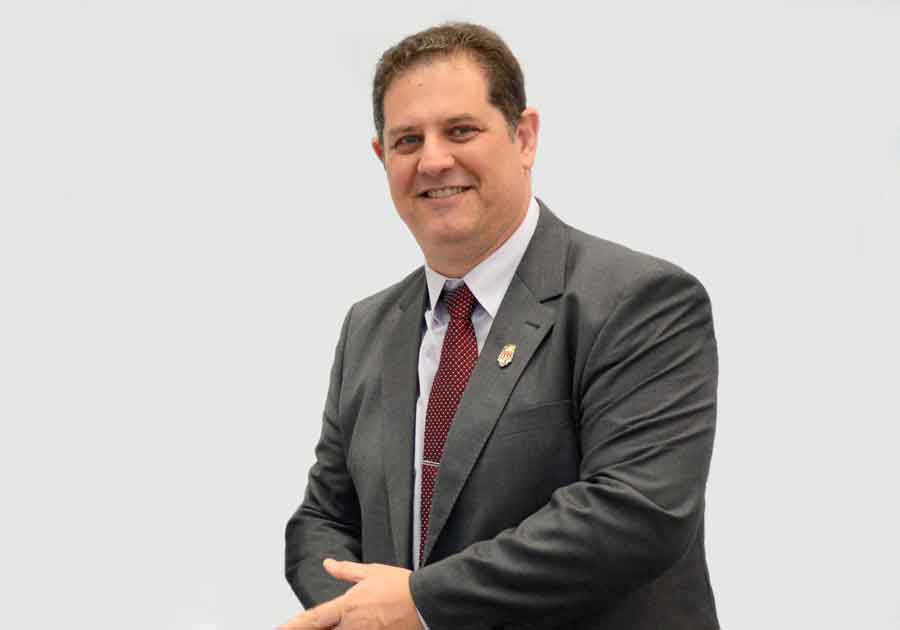 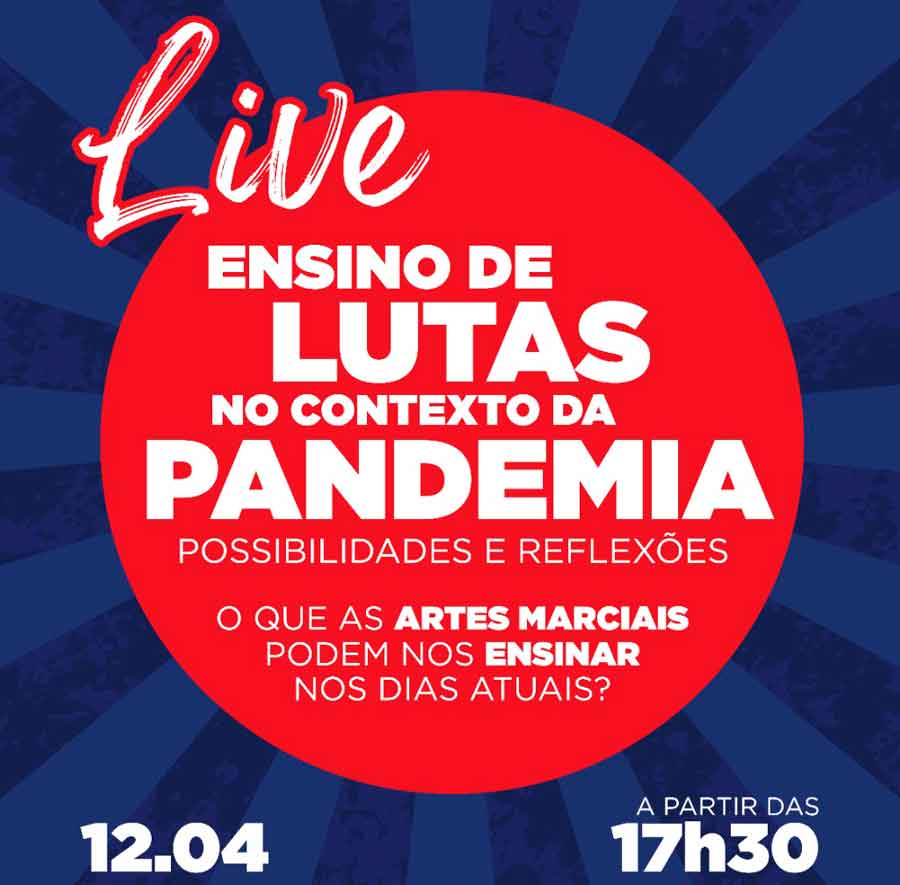 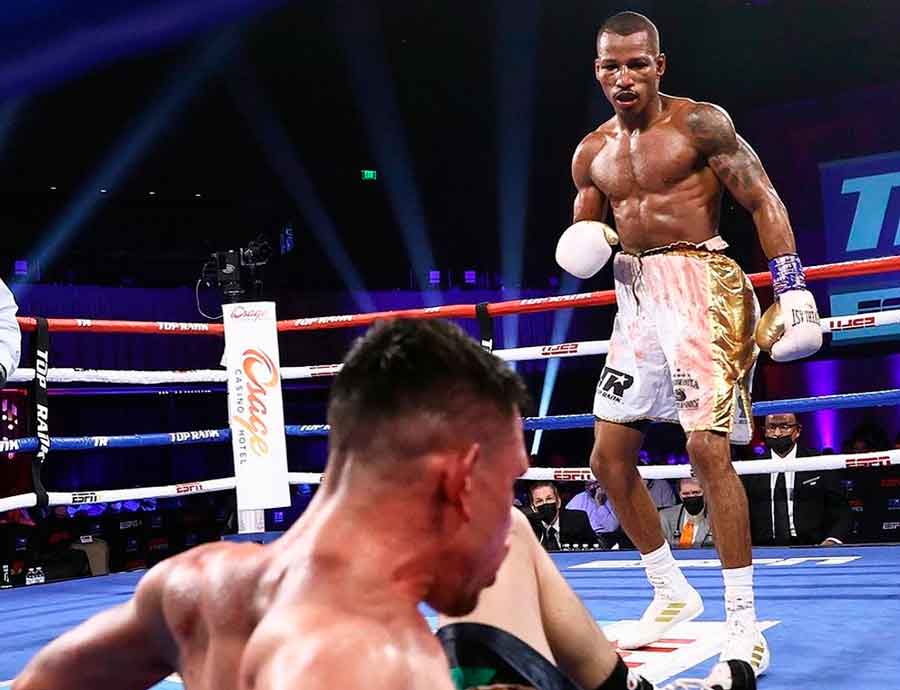