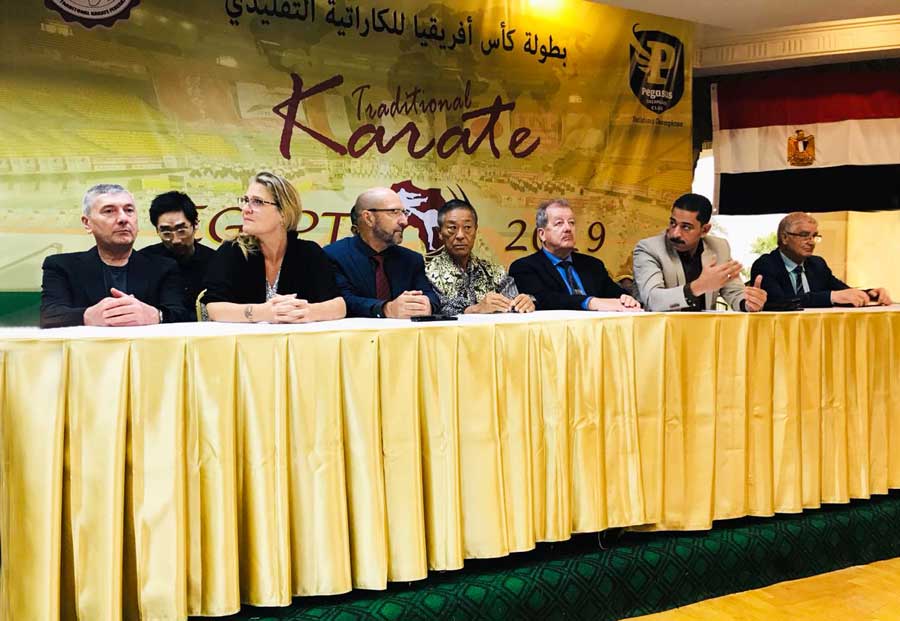 Held in Egypt, Masters Course is expected to leverage ITKF’s growth in Africa

The course taught by grand masters, refereeing and graduation exams and the African Cup of Traditional Karate brought together about 120 teachers in Cairo 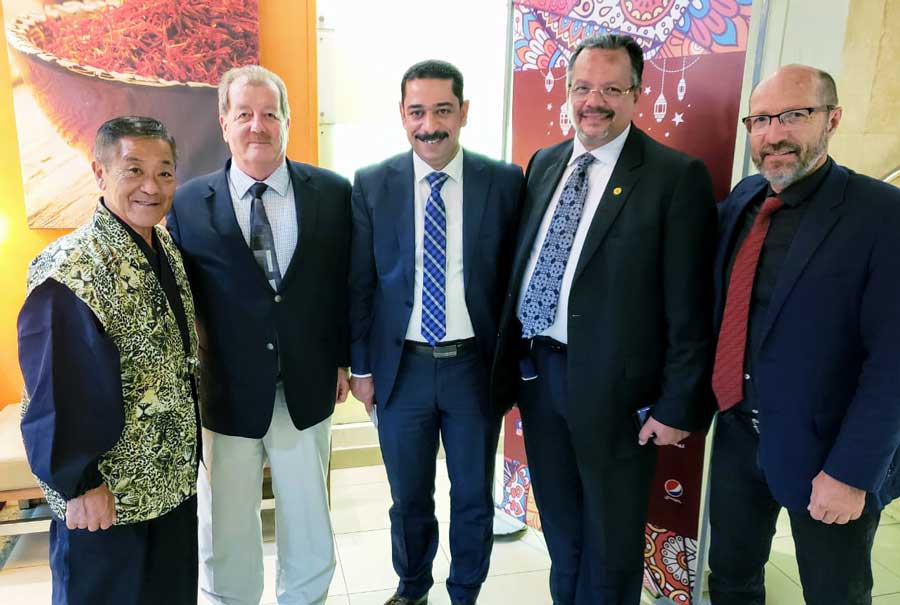 Traditional karate leaders held a meeting with Sherif Fakhry Younes,
member of the parliament of Egypt

The Masters Course hosted around 120 teachers and athletes from Africa, Asia and Europe, bringing together athletes from Egypt, Algeria, Tunisia, Sudan, Uzbekistan, Palestine and France.

The ITKF Course in Cairo was complemented by examinations for referees, degrees and examiners, as well as the El Marhoumy Cup and the African Cup of Traditional Karate. Altogether there were seven days of karate in high intensity and quality. 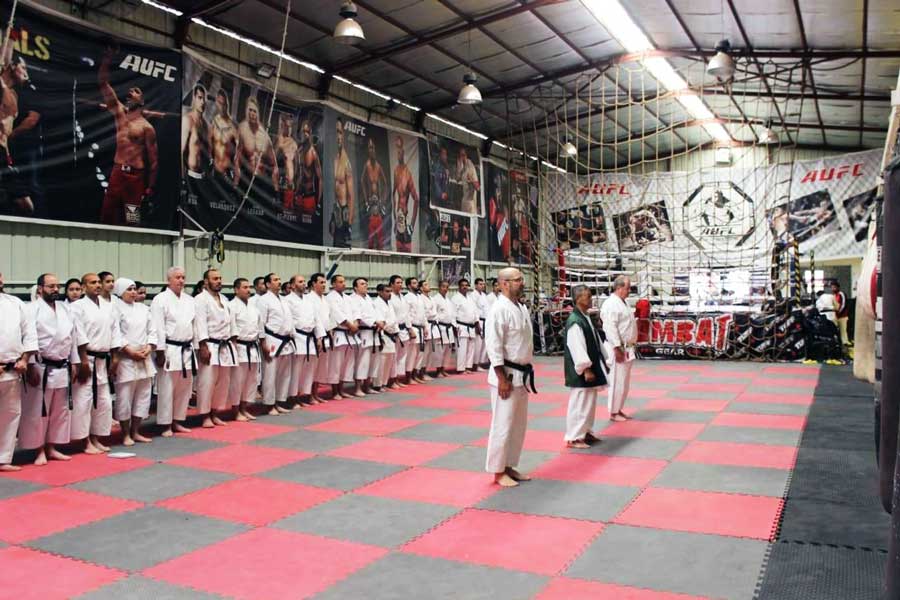 Opening of the Masters Course in Cairo

Working hard in partnership with the African Federation, the board of the ETKF has done an excellent work, which has resulted in well-organized events with high-quality program content and very well valued and covered by the local media. 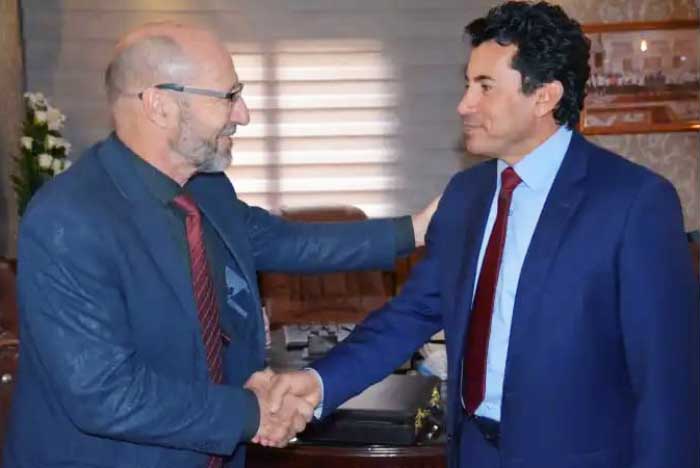 With a large number of participants, the Masters Course was attended by all senior teachers from Egypt, as well as colleagues from Algeria, Tunisia, France, Sudan, Palestine and Uzbekistan. The event was also honored by Sandrine Marhoumy, president of the French Federation of Traditional Karate.

A delegation led by the ITKF chairman met with Egypt’s Minister of Sport and Youth, Ashraf Sobhi, which resulted in good conversation about government support for international events and the growth of the Traditional Karate Federation of Egypt. The presidents of ITKF and the Federation of Egypt, accompanied by the masters Watanabe and Rick Jorgensen, also had a meeting with Sherif Fakhry Younes, head of the Egyptian Parliament, to discuss matters in line with the minister. 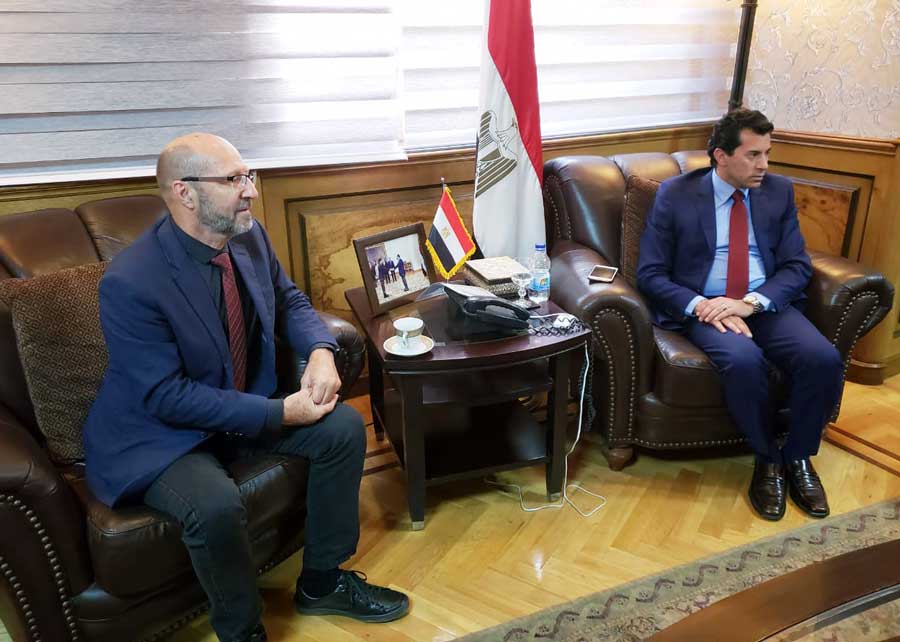 Meeting with the Minister of Sports and Youth of Egypt

All events were widely publicized by the local sports media in digital and television formats, starting with a press conference, interviews for numerous websites and coverage of the CAF Africa Cup by several television stations.

The CAF Africa / Marhomy Cup brought together seven countries, a good number of karate pratictioners and competitions for special athletes. The opening ceremony was attended by important Egyptian officials, with special emphasis on Osama Kamal, Minister of Oil and Mineral Resources. 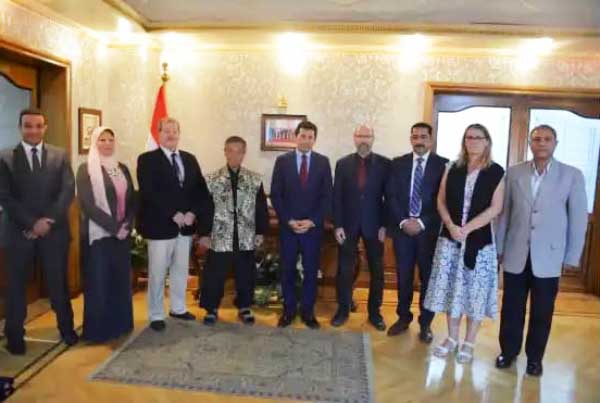 Leaders with Ashraf Sobhi, Minister of Sports and Youth of Egypt

In the evaluation of ITKF president Gilberto Gaertner, the set of activities carried out in Egypt was crowned with great success and will greatly strengthen the local federation, paving the way for a strong expansion of the African federation.

“Technically and politically we have had a huge gain, both for ETKF and for the ATKF and for the ITKF as a whole. I am convinced that the African federation will greatly expand its continental penetration from this course because another door has been opened and it is very clear the support our organization will offer to Egypt and its federation from now on, “said the world leader. 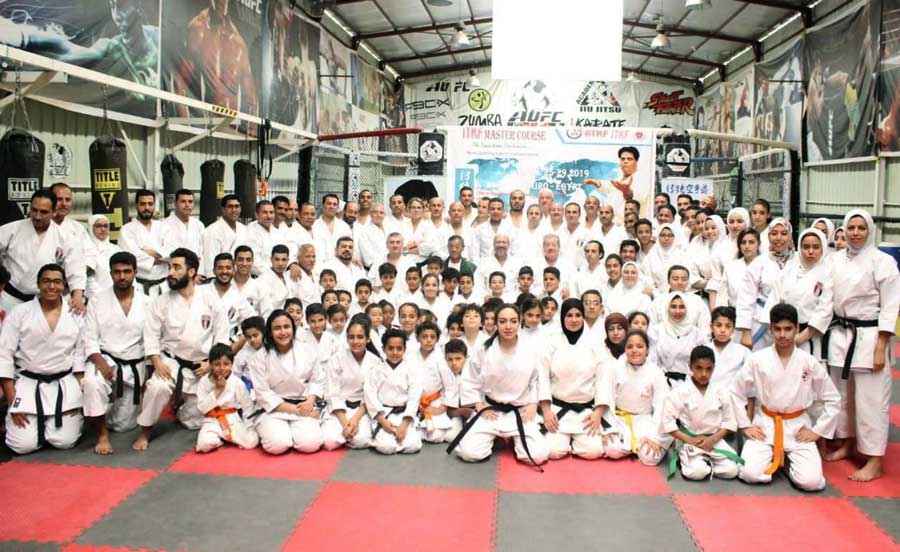 Masters, leaders, teachers and practitioners at the end of the Masters Course

The ITKF leader thanked the members of the local organizing committee and the teachers who taught the Masters Course Cairo 2019.

“Thank you for the care and hospitality with which we were received in Cairo. Leaders Ramy and Albakr were especially careful and professional throughout our stay in Egypt. I would also like to thank the masters Watanabe, Jorgensen and Contarelli for their excellent lectures and dedication to traditional karate. ” 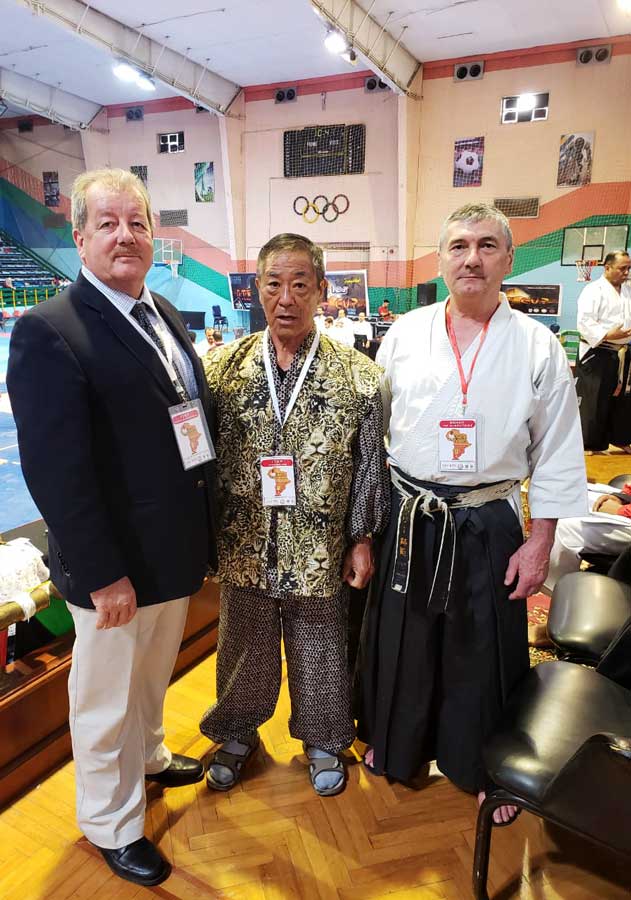 In the assessment of Ramy El Mekkawi of the Federation of Egypt (ETKF) and Ibrahim Al Bakr of the African Federation (ATKT), the events held in Cairo will strengthen and make possible the expansion of both federations.

“ATKF, in partnership with ETKF, plans to bring ITKF courses to Egypt more regularly and to organize an intercontinental event in 2020. African leaders also pointed out that the participation of Master Watanabe gave a special flavor to the course. Egypt has confirmed its presence with maximum force in the ITKF XX World Championship, which is taking place in December in Brazil, along with eight other countries in the region. 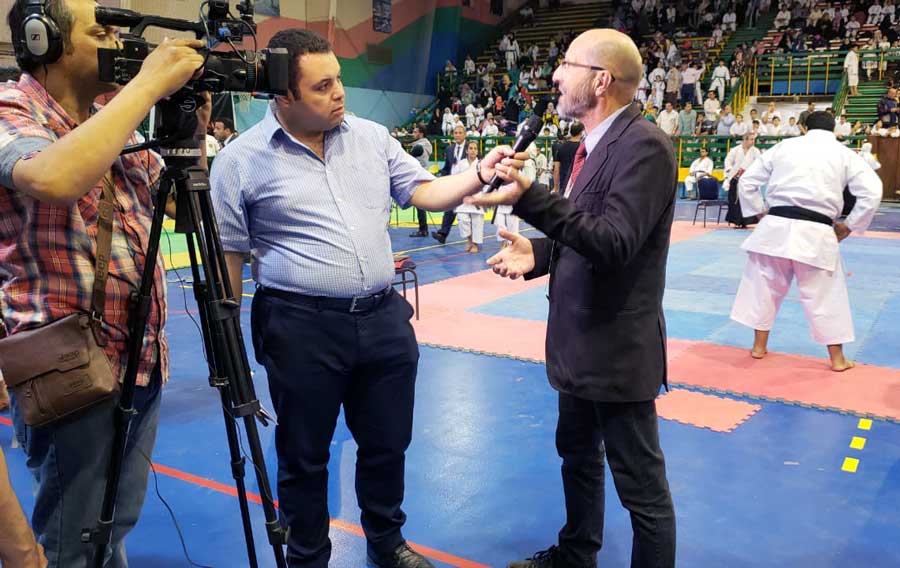 The ITKF president being interviewed by Egyptian TV

The ITKF world championship in 2014, Mahmoud Elkasrawy, assured that he will be in the competition, but he still does not know if as an athlete or technical. Most of the excellent senior teachers in Egypt have confirmed their presence in the World Cup in Brazil. No doubt Egypt and Africa will be very well represented.

Optimistic about everything he lived in Cairo, Gilbert Gaertner was emphatic in saying that in the short term Egypt will be one of the main forces of traditional world karate.

“I came back from Africa extremely satisfied. We have had many meetings, several knots have been untied, a lot of edge has been planed, and this is very important because I am sure that several outstanding political issues have been adjusted and overcome. I realized clearly that the Arab Republic of Egypt is very strong in the region and has great potential. I believe that in a short space of time, Egypt will become one of the main forces of traditional world karate, “said the leader, who concluded by assessing the geopolitical importance of that country in ITKF. 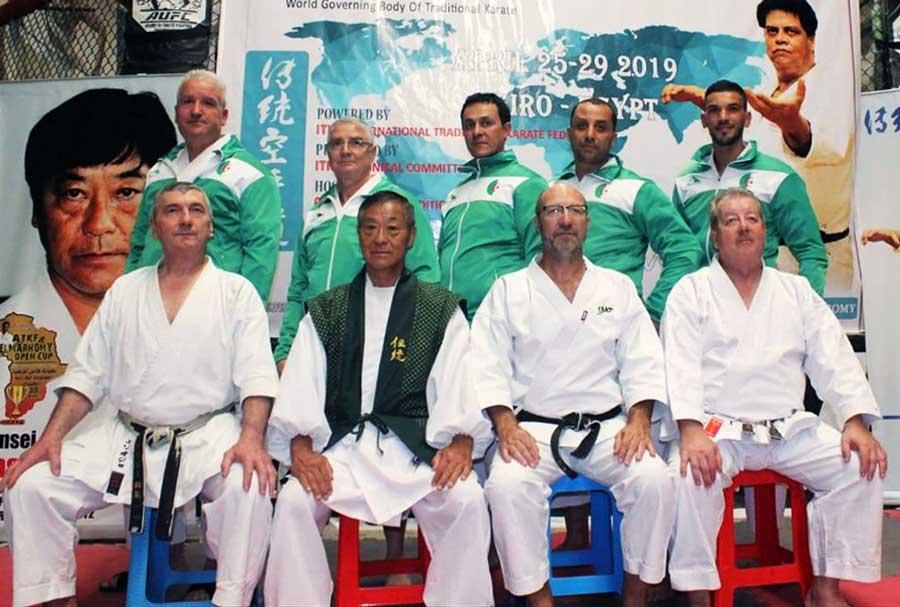 I consider Egypt to be an ally of the first-rate for ITKF. In the same way that Brazil plays a leading role in traditional South American karate, Egypt has become a fundamental technical and political reference in Africa, “said the ITKF president. 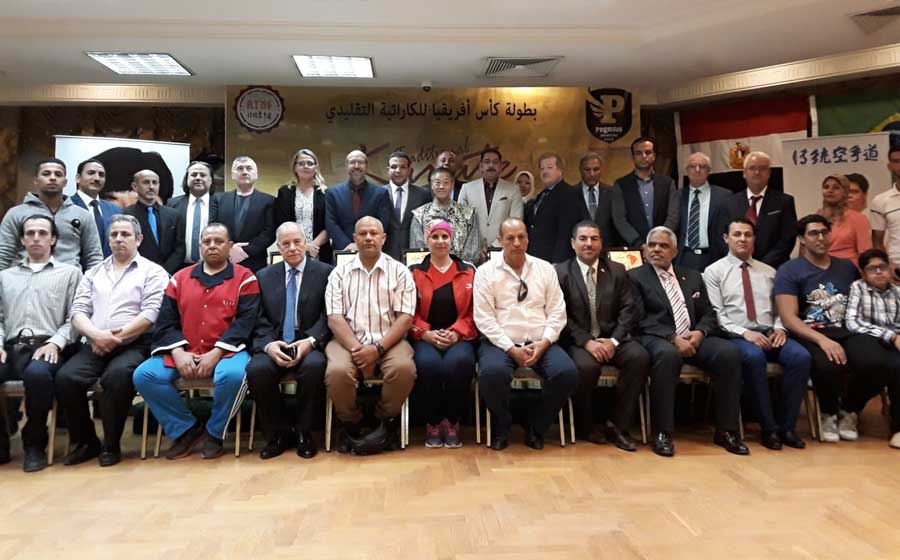 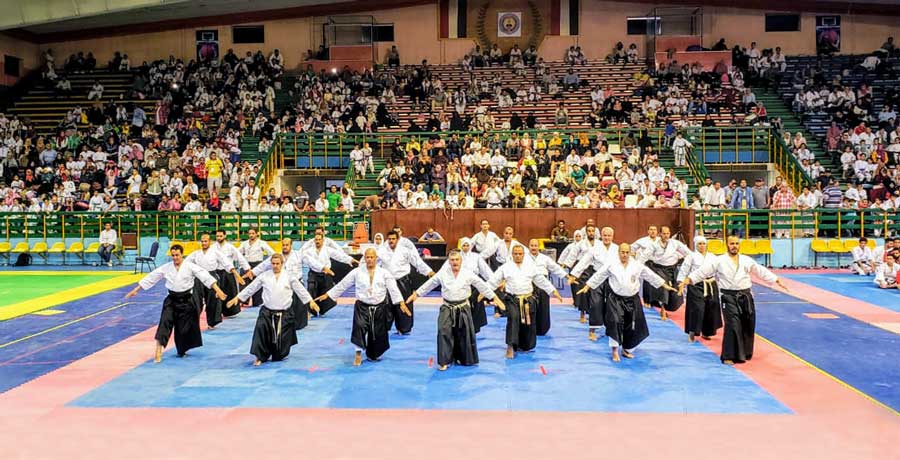 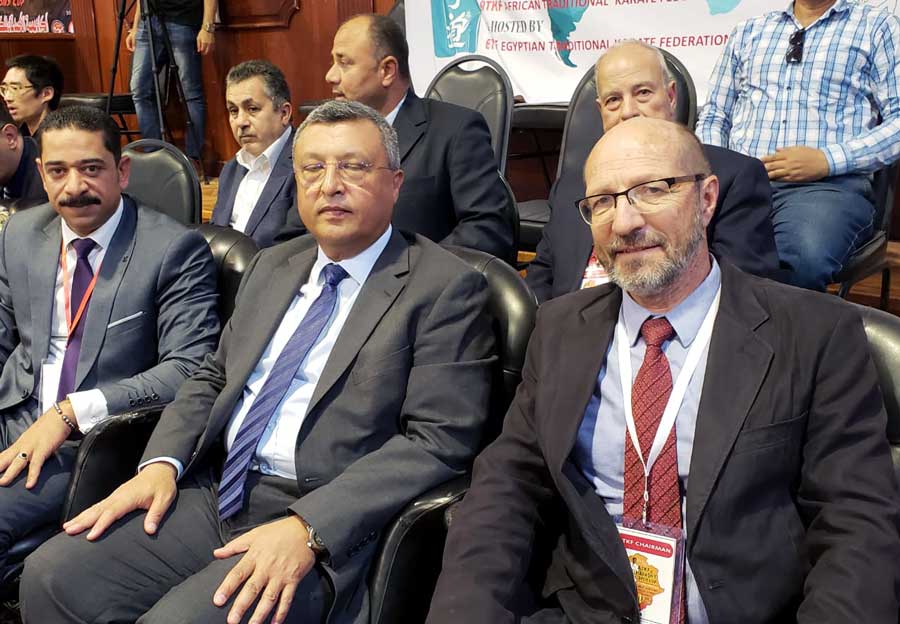 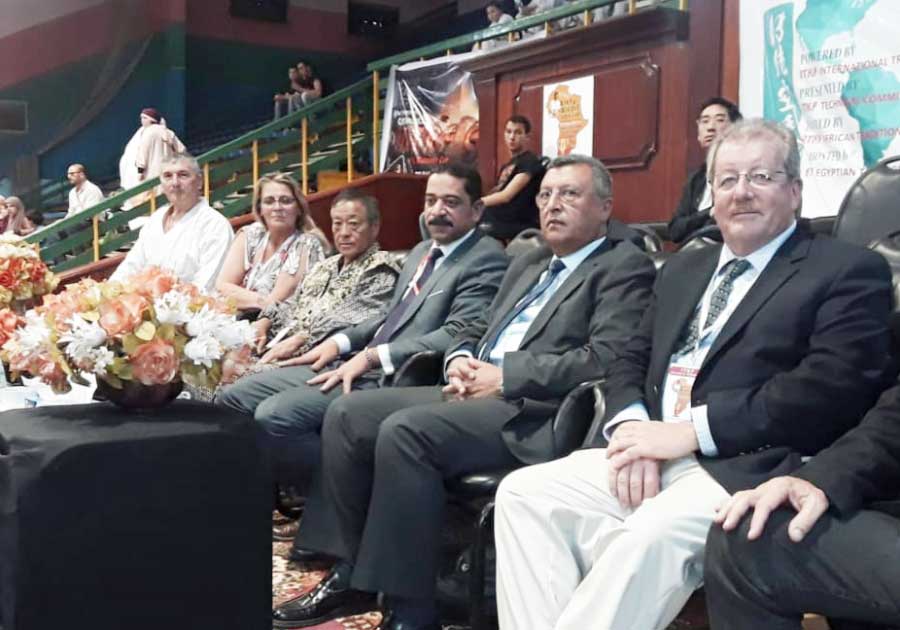 Officials at the opening ceremony of the Marhomy Cup 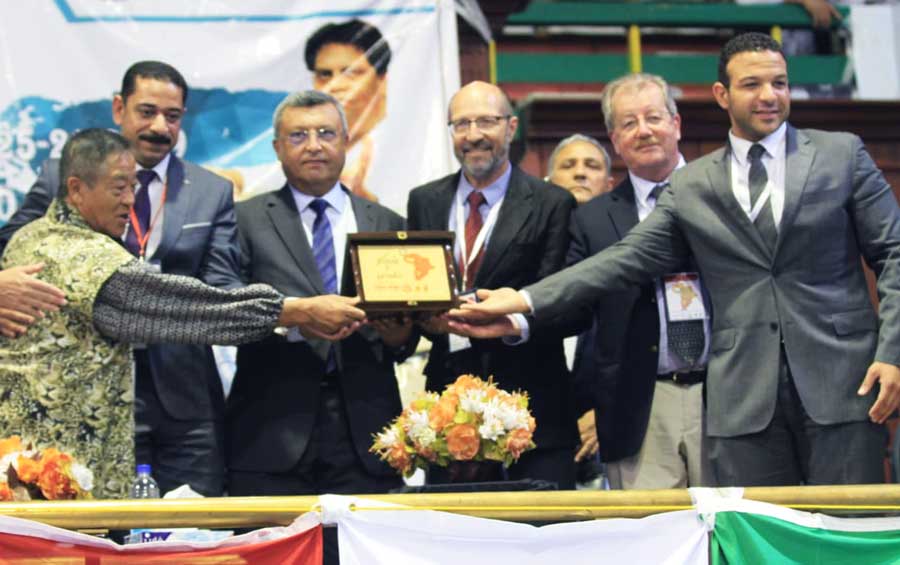 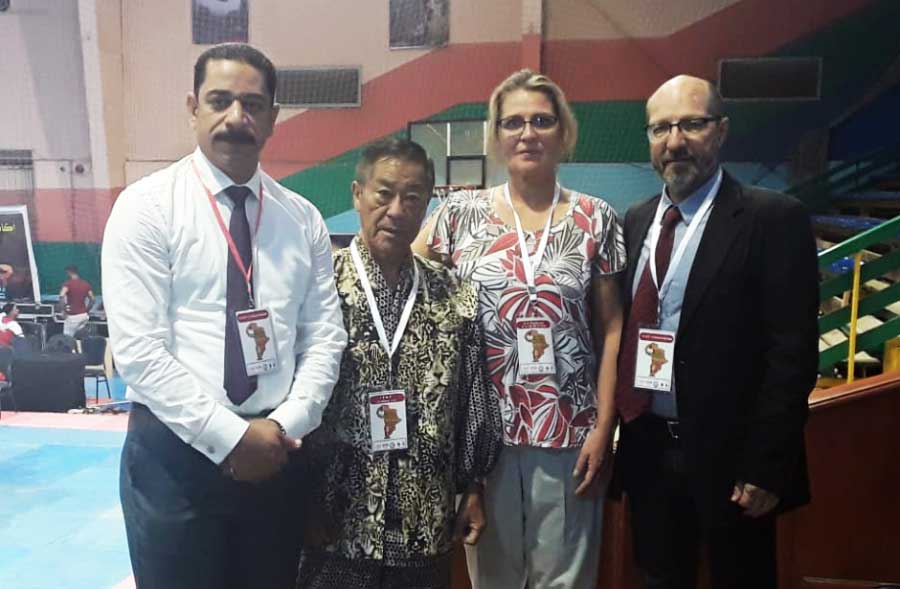 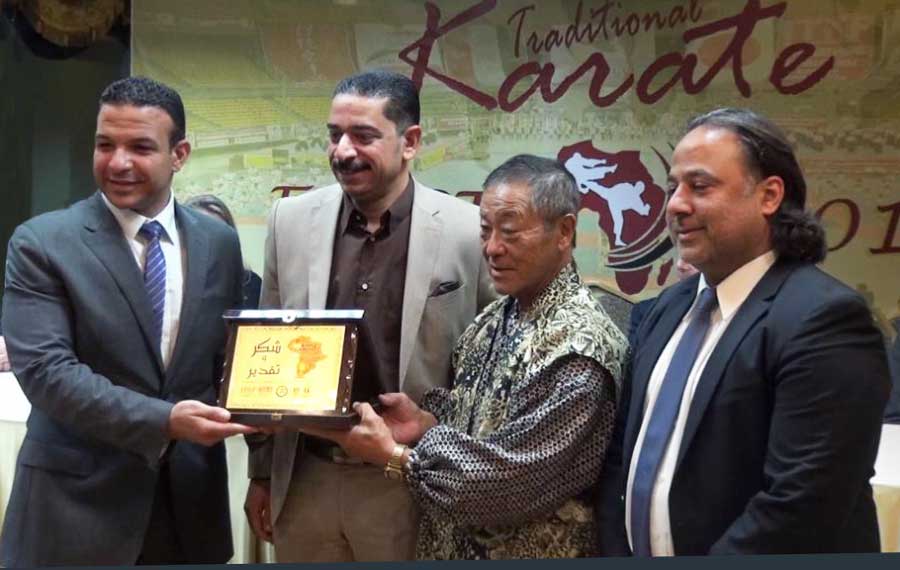 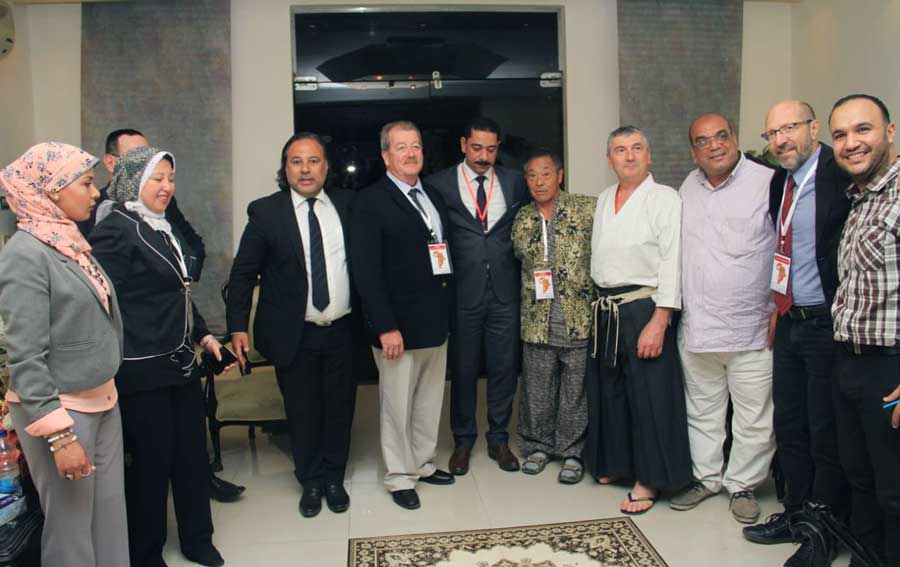 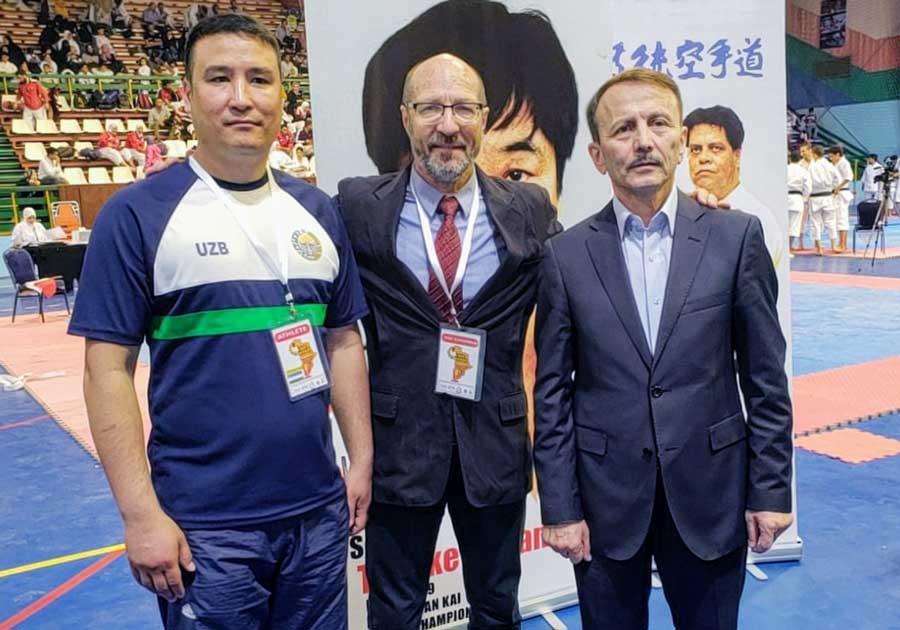 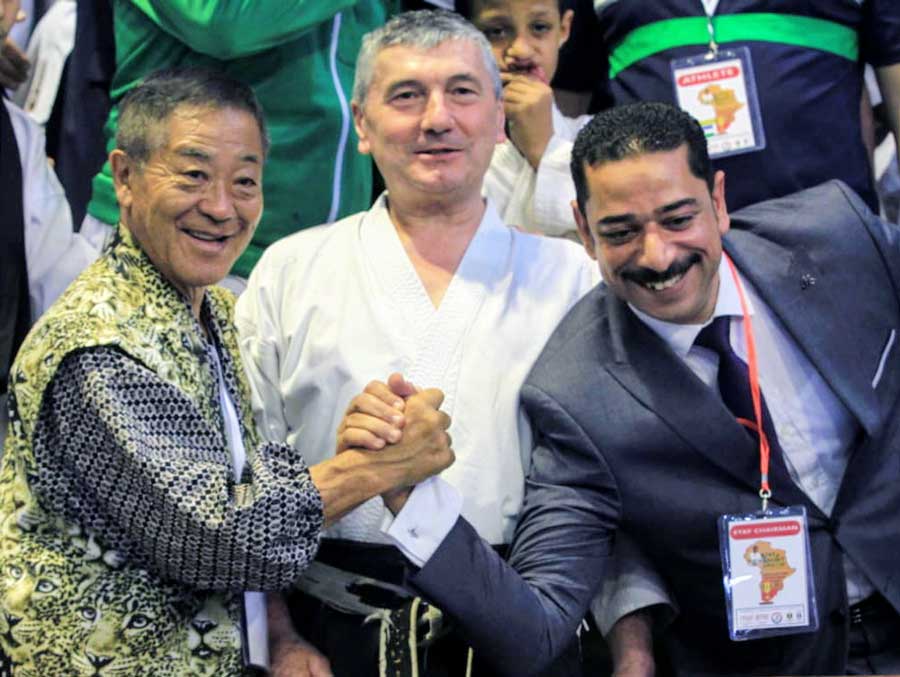 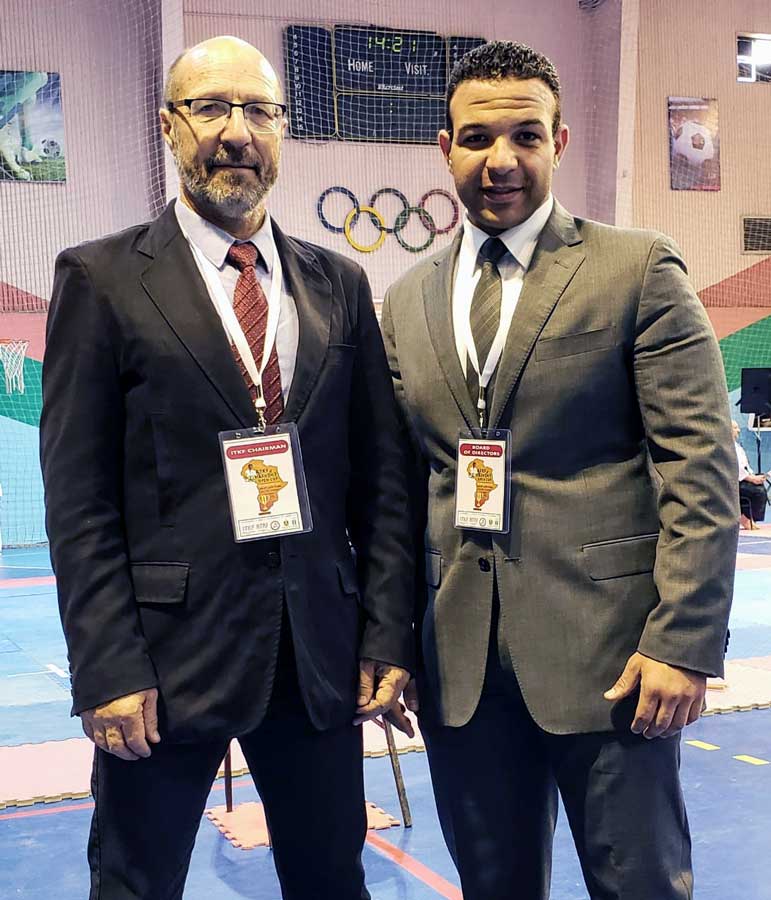 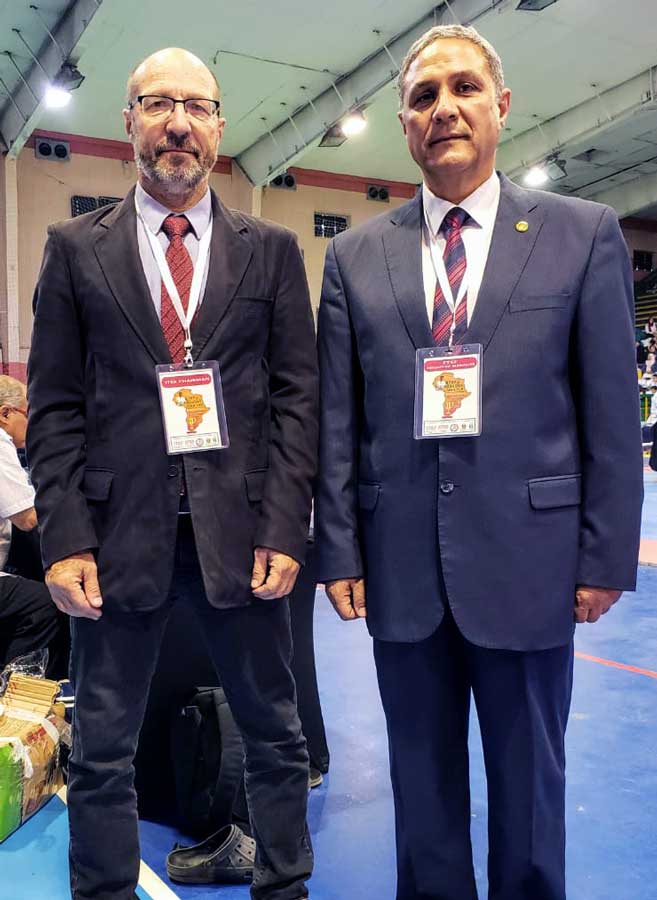 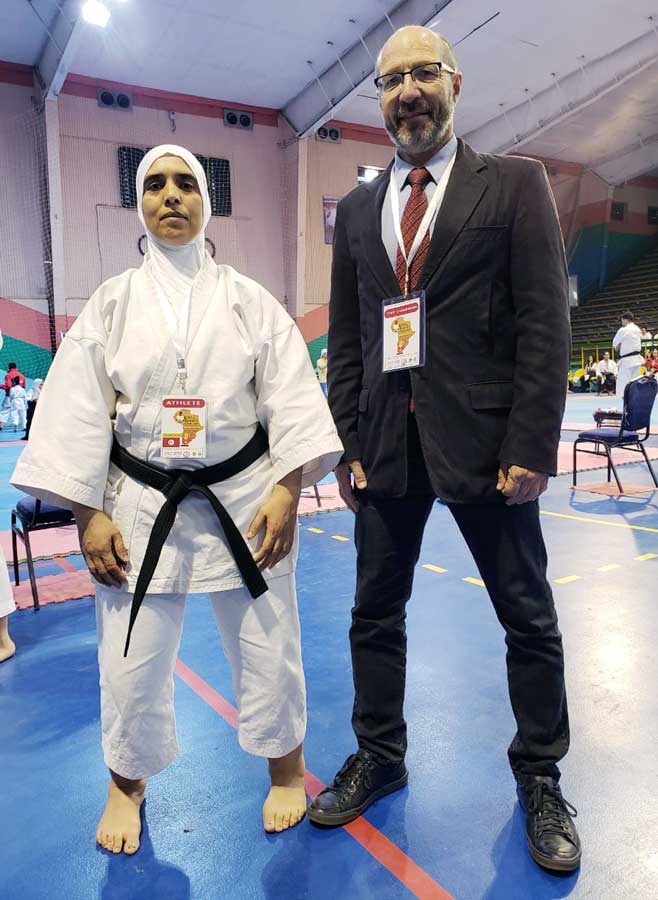 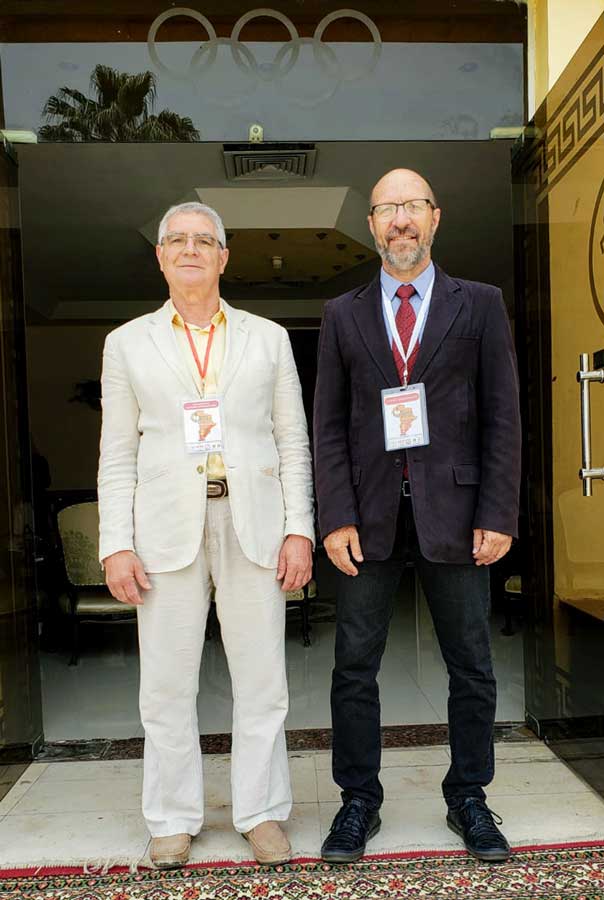 Khadir Bougettaya, president of the Algerian Federation with Gilberto Gaertner 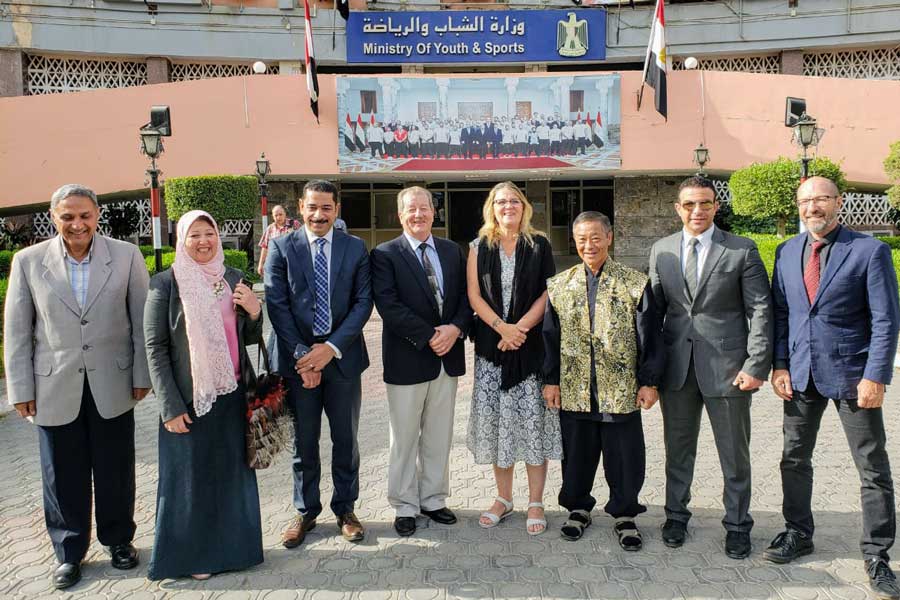 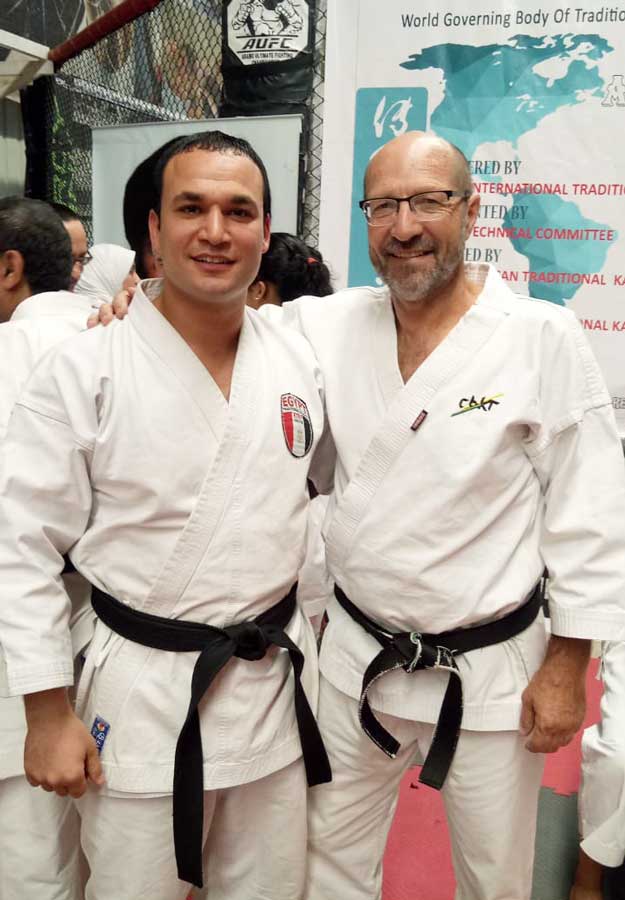 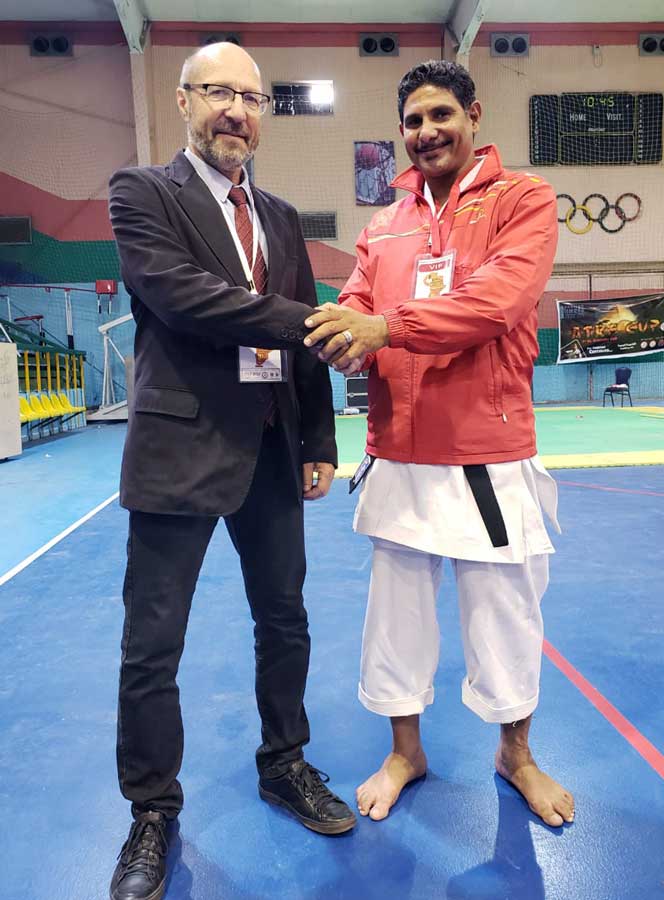 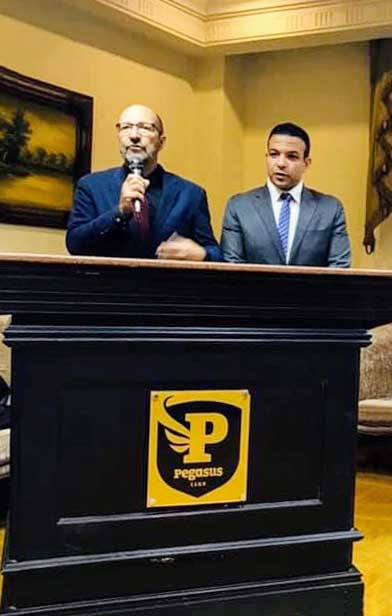