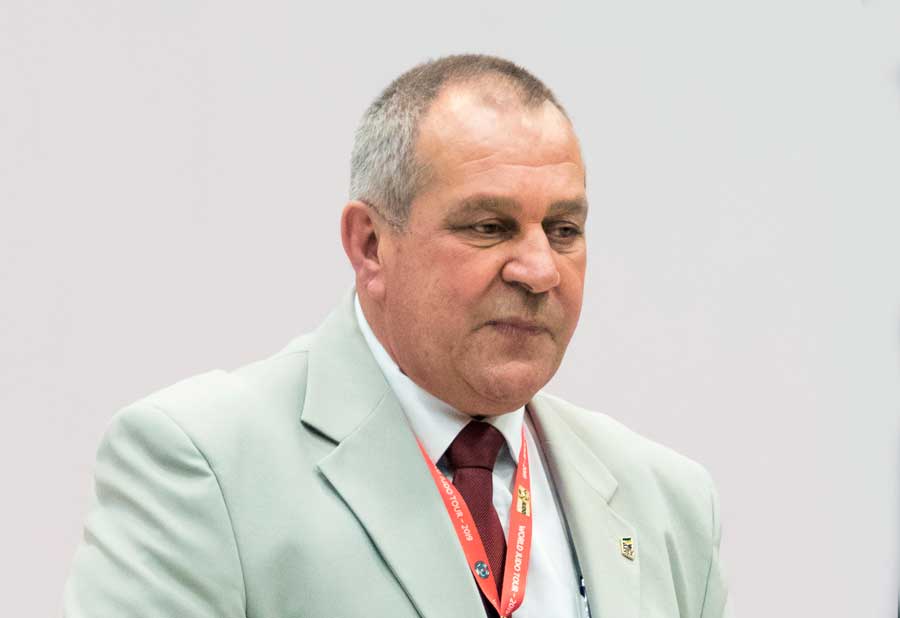 Increasingly isolated and marked by mediocre management, Silvio Acácio bets all the chips at the Tokyo Games

Nepotism, arbitrariness and depreciation of the judo mark marked another year of the mandate of the president of the Brazilian Judo Confederation

Through a pathetic narrative, in his year-end message the president of the Brazilian Judo Confederation (CBJ) spoke about the Christmas card created by the entity’s communication department. The well-crafted image emphasizes the Olympic year that begins in less than a week and will culminate in the Tokyo 2020 Olympic Games.

Increasingly isolated in power, the national leader concludes his statement by explaining the link of the CBJ logo to the tsuru (Japanese bird). “Whenever you see this soon on display, you will be receiving communication about our selections,” said Silvio Acácio, before greeting and wishing everyone a happy holiday.

With an extemporaneous speech that totally disagrees with the date commemorating the birth of the one who emptied himself to fill our lives with his love and mercy, Silvio Acácio Borges now seeks to convey the image of a high-performance manager who is committed to the team’s performance Brazilian. 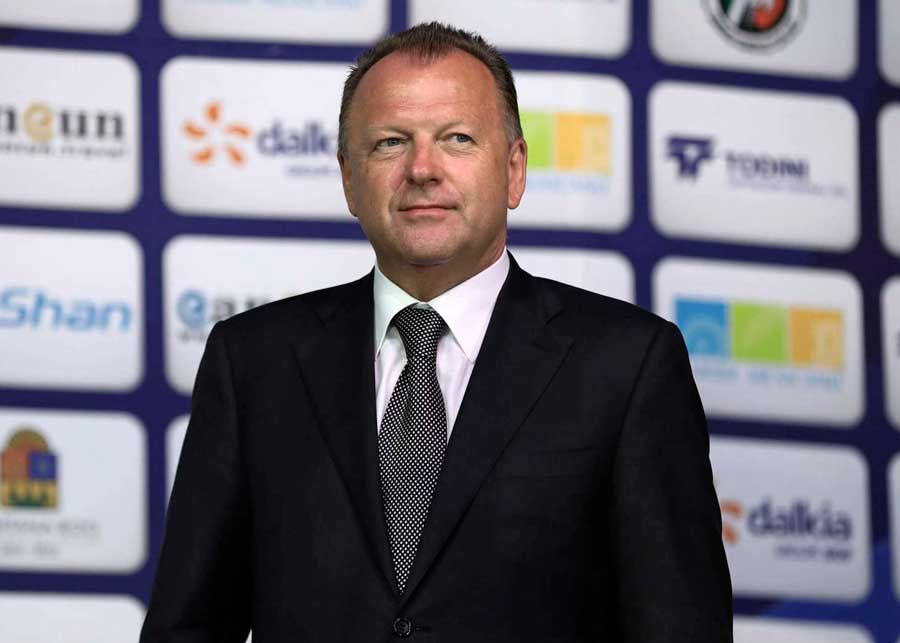 In the basements of the Brasilia Grand Slam it was widely commented that Marius Vizer did not come to Brazil due to the problems caused by Silvio Acácio during the organization and execution of the event.

After devoting three years of his time to arbitration, to sterile Kodanshas meetings, to donating suits to referees and officials, to endless changes to the undergraduate regulations and to meddling in state management, the president has now woken up and found that 2020 will be an Olympic year.

Three lost years running in circles and behind the own tail

After March 31, 2021, Silvio Acácio will surely be remembered as the first leader of Brazilian judo to base the management on arbitration and kodanshas meetings, to the detriment of the development of the base, the promotion of judo in the states, of competitions with each quality and the Brazilian national teams of all classes, including the main one.

But for his gigantic work and all that he has produced so far, the CBJ president will be sadly remembered as the leader who lost the Pan American Judo Center. To make up for the irreparable loss, a year after the meeting that set the unjustifiable donation of equipment worth more than 50 million reais to the government of Bahia, Silvio Acácio still has a team with salaries in Lauro de Freitas (BA) to run a small room under the bleachers of the gym that prior to his coming to power, hosted the preparation of the 2016 Olympic team and hosted the main events of national judo. Until we arrived at CBJ we did not have to wear behind arenas to hold a simple Brazilian championship. 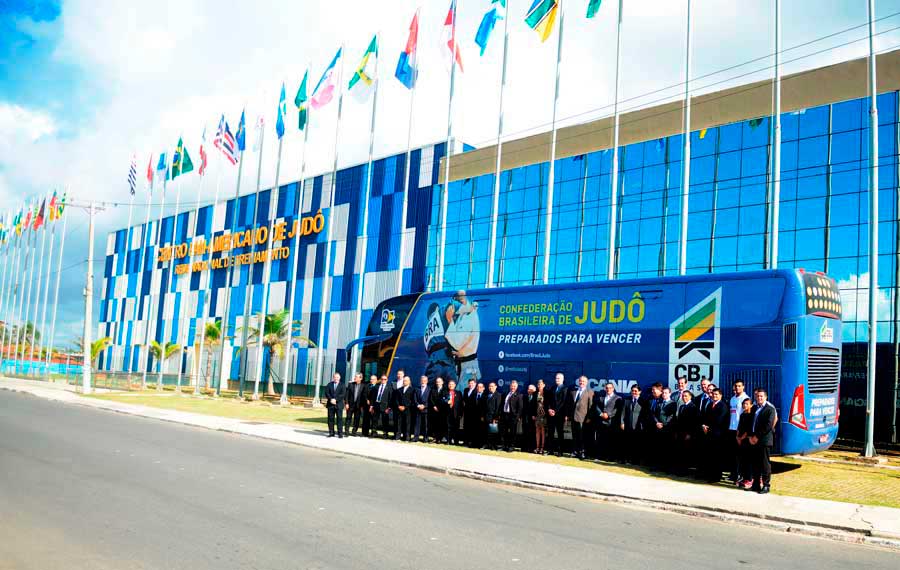 Officers in front of the CBJ bus and the Pan American Judo Center in 2017. Today none of this exists: the confederation has lost its training center, the bus and the sponsorship of Scania.

Another highlight of current management is the tireless work of members of the National Degree Commission, who have spent three years making endless changes to the rules for graduation left by their predecessor, Paulo Wanderley Teixeira. Proof of the fruitful work of CGN’s tireless geniuses is that, having released a new regulation on April 12, 2019, in less than six months, on October 8, 2019, they have revised, updated, and approved another regulation it was worth it. That’s right, in the middle of the season the rules and period have changed.

Not only was CBJ not presenting the changes in the assembly and then putting them to a vote, Silvio Acácio and his tireless members of the National Council of Degrees change the rules twice a year and do not give a damn about state presidents, or the least satisfaction with their decisions state committees of degrees that undertake commitments and set goals based on current regulations. According to CNG members, federations have no autonomy. That simple!

In the future, the current president will also be remembered as the leader who, claiming he has no resources, denied two PAF tickets granted by the Brazilian Olympic Committee to two humble Acre athletes accredited by Zempo to compete in the competition.

Paradoxically, this same leader was able to invite family members of state of Santa Catarina friends to the Federal District to watch the Brasilia Grand Slam, feed them and host them for a week in hotels with rates exceeding 600 reais. He also had funds to take another friend, Nélson Wolter who lives in the state of Santa Catarina, to Rio de Janeiro with all expenses paid by CBJ, to attend the award ceremony of the Brazil Olympic Award, held by COB on December 10th. And, amazingly, he got the resources to hire a chef, also from Santa Catarina, who went to Rio de Janeiro to make the CBJ collaborators’ lunch. The most interesting thing to remember is that all this payment was paid with public funds or from the contribution that Banco Bradesco and Cielo make to the entity. 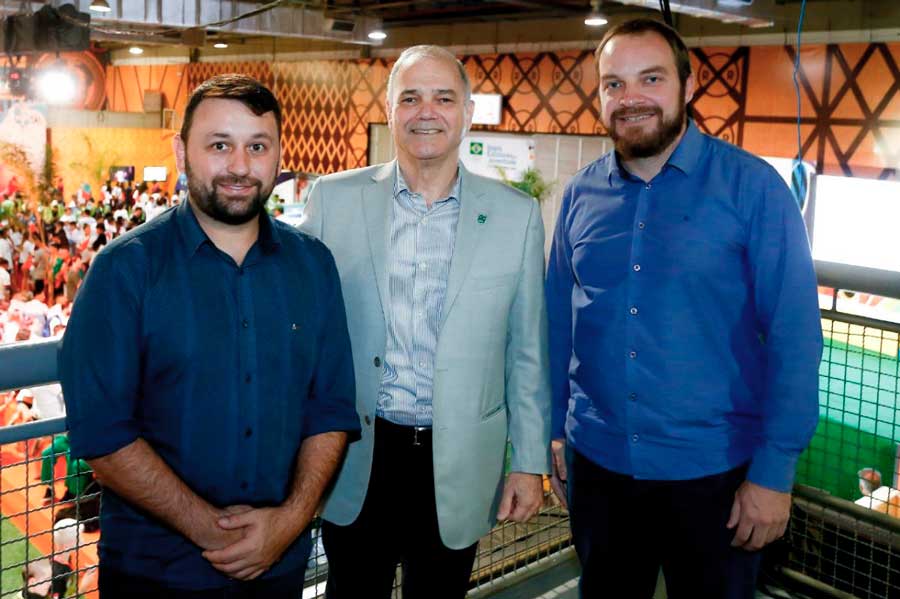 Silvio Acácio’s political ostracism is so great that during the period he was in Blumenau (SC), for the opening of the Youth School Games, the leader was unable to approach Paulo Wanderley Teixeira, COB’s president, who at the event posed for photos with athletes, coaches and authorities such as João Derly, Secretary of Sport and Leisure of Rio Grande do Sul, and Jacó Felipe, Secretary of Sports of the City of Gramado

Also showing all the kindness and altruism that are peculiar to him, during the Brasilia Grand Slam, the national leader presented the 27 state presidents with a kit consisting of a suit, shirt and tie.

Another empty event, grounded in vanity and ego

Not satisfied and motivated by the unique genius that characterizes him, on November 29 Silvio Acácio Borges held the first CBJ National Arbitration Meeting, an event that dragged to Balneário Camboriú, the most sophisticated beach the state of Santa Catarina, the 170 main Brazilian referees.

According to what was published on the website of the Brazilian confederation, the indispensable and irrefutable meeting of the referees was the scene of tributes and the most important discussion about the 2020 calendar. But, besides registering the whole party and the pomp that culminated in the apotheotic delivery of the kit consisting of a suit, tie and shirt to the 170 referees summoned to attend the Tupiniquim arbitration gala. We would like to see the numbers and the cost of the spree promoted with public resources that should have been invested in the base, the states and the promotion of the modality. 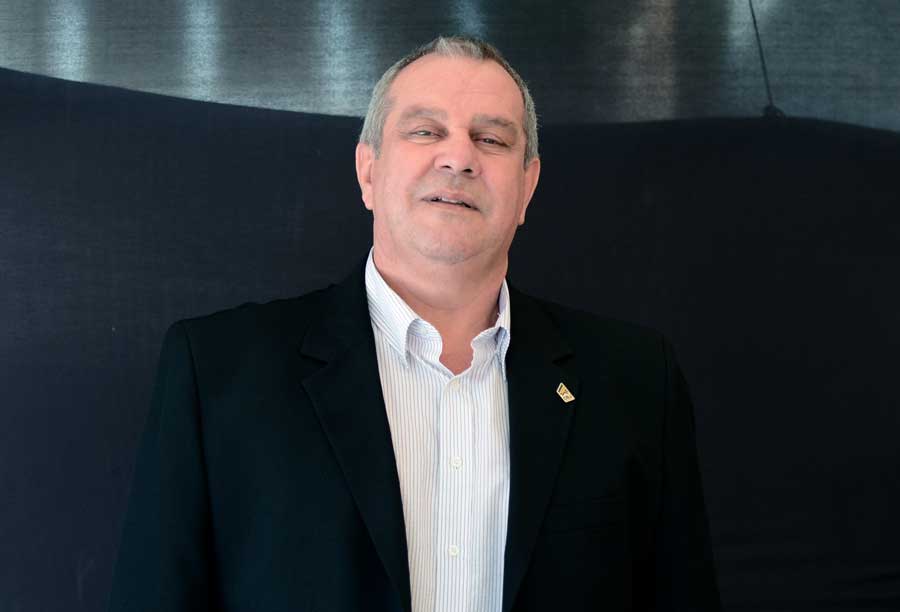 Why was there money for all this waste on clothing, food, hotels, and tickets for the CBJ president’s officials, referees, relatives, and friends who went to the two events mentioned above, but there were no resources to make it possible for two young people to come did they prepare and train hard all year to compete in the Brazilian championship? Does the president of CBJ not like Acre or believes that there is no judo in that state?

The fiftieth anniversary year of CBJ is ending and was hardly remembered by the board of the entity. In shiai-jô our performance was even lower than 2018, and we will start the Olympic year with uncertainties and doubts never seen in the Brazilian team. For the first time in the last 20 years there is the fear of returning from Tokyo without a medal, such is the lack of focus and prospects of the current administration.

If the problems in the areas of management, technique and graduation were not enough, the president ends the year in a gigantic confusion with the Paulista Federation of Judo (FPJudo) that, due to the power and the greatness of its calendar, faces serious problems caused by immobility and for the lack of answers from an egolatrous, unethical and centralizing leader who inadvertently changes the rules of the game during the game and ignores basic concepts such as cordiality and reciprocity. 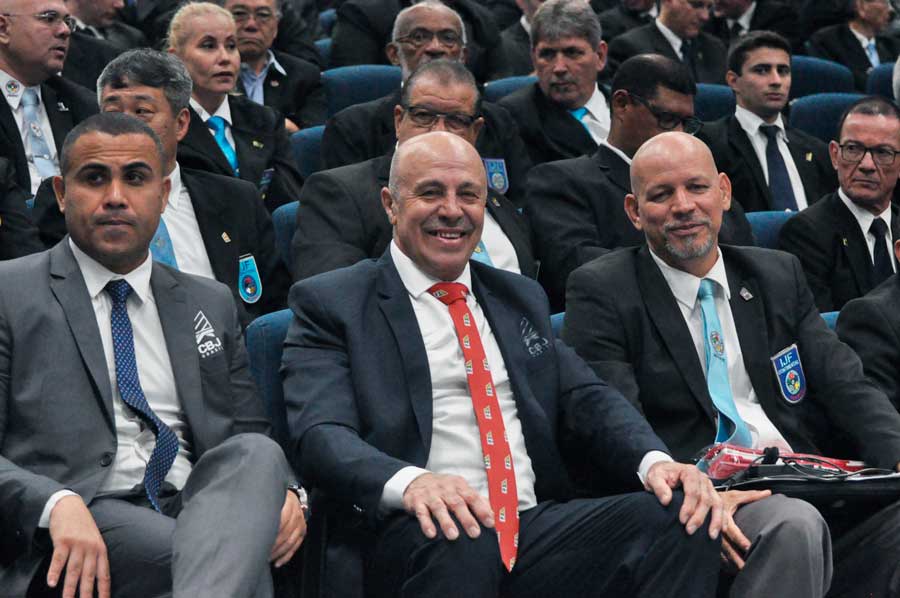 With a red tie, Icracir Rosa, president of the National Commission of Degrees and partner of Silvio Acácio in one of his ventures, at the First National Arbitration Meeting

Concerned about his reelection, the CBJ president seeks to hinder the actions of those who question him, treating them summarily as opponents or political enemies, repeating the form of management he practiced in the Santa Catarina Federation of Judo.

On November 27th Alessandro Puglia, president of Sao Paulo state, sent a letter to CBJ announcing his interest in receiving the honorable visit from Professor Kodansha Hachi-Dan (8th Dan) Naoki Murata, Curator and Professor at the Judo Museum of Tokyo Kodokan Institute, who would come to Brazil to work at Sao Paulo Federation Technical Accreditation on February 21.

The São Paulo leader began negotiating the arrival of the prominent Japanese teacher when he traveled to Japan in October, following the under 18 years Paulista team he trained at International Budo University, Shutoku High School and the Kodokan Institute. 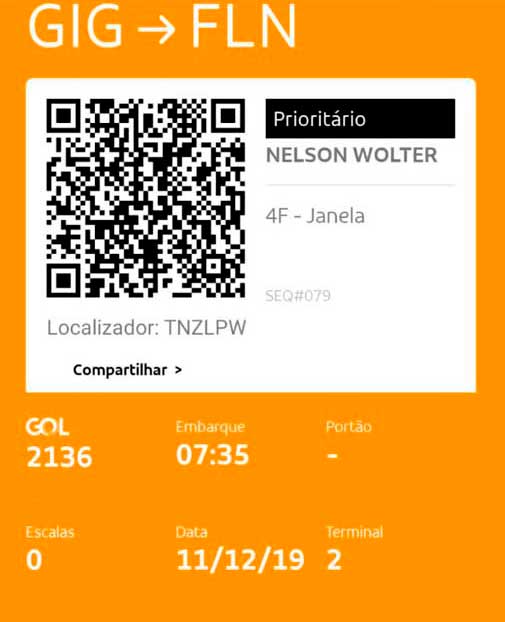 In addition to having to proceed with the necessary formalities with the Kodokan Institute, the Japanese embassy and the Brazilian consulate in Tokyo, the São Paulo official must resolve numerous procedures for the arrival of such an important authority. This has included defining logistics issues such as purchasing airfares and lodging for the renowned Japanese sensei, but nothing seems to make the self-proclaimed absolute lord of green and yellow judo comply with a request from an affiliate that in recent weeks has been questioning and posting check your authority.

In addition to being frightening, it is unfortunate to see how far this pseudojudoca has come and the level to which this gentleman is downgrading Brazilian judo. In addition to segregating its affiliates, the CBJ president now seeks to determine the syllabus that each state can offer its members.

Even more regrettable is to hear the silence of those who, in exchange for a new suit, a trip abroad, and other infamous gifts offered from public funds or from Bradesco and Cielo, come to terms with such interference and abuse of power.