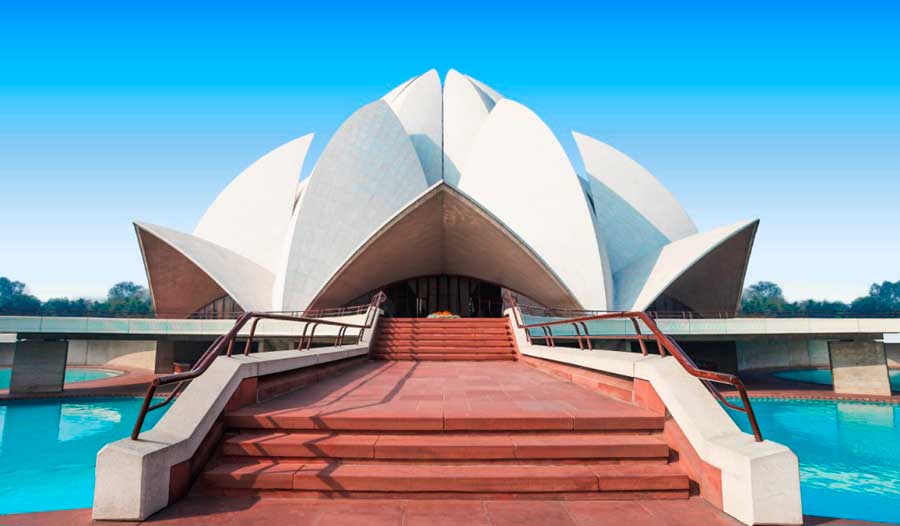 The Bahai house of worship, also known as the Lotus Temple

Although new, the Traditional Karate Council of India has already become a major ally of the ITKF in a large portion of the Asian continent

Founded last year, the Traditional Karate Council of India (TKCI) has barely had time to start its activities. After holding his first national tournament in January, he almost had to stop everything due to covid-19, but he reacted quickly. Rajnish Kumar, founder of the organization, tells how this beginning has been. 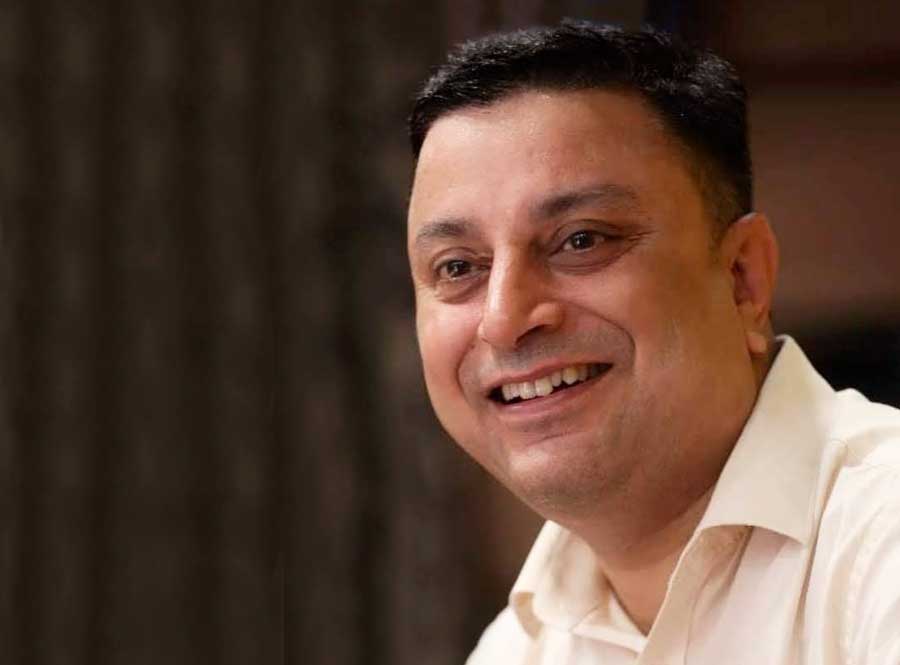 “We held our first national tournament in January, in memory of the sensei Vizzy Singh, who died in 2003 with whom almost all senior TKCI members started their journey in karate. At the end of February, we were hit by covid-19 and had to redo our plans. We started teaching online classes to all our students and organized a virtual technical seminar with the important support of sensei Justo Gomez.”

The seminar was very successful, with more than 500 Indian karatekas registered. Kumar ensures that the results were excellent, with a high level of satisfaction from all participants. “This has increased our respect, admiration and gratitude for sensei Justo Gómez and for his struggle, just like Hidetaka Nishiyama, tireless in his work to popularize and spread traditional karate throughout the planet. In addition, he is humble, cheerful and dominates a spectacular didactic, captivating a crowd of followers here in India”, he added. 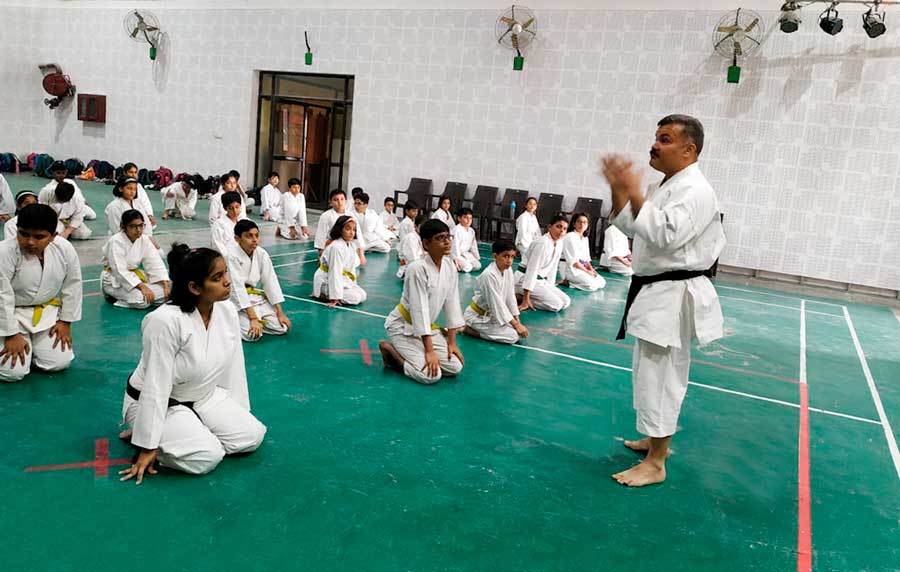 Then, TKCI organized two more technical seminars, in which the number of participants increased, both at no cost, as the entity has as an ethical principle that learning should never stop, whether due to lack of money, resources or the pandemic.

The Indian Federation’s 2021 project is crystal clear. “We already have our path defined,” said Kumar. “We are working very aggressively across Asia, a region over which India has a strong influence. We want to bring more countries to the ITKF, helping to carry out the sensei Nishiyama’s dream. Little by little, neighboring countries are joining us with great enthusiasm. We know and understand the geopolitical, financial and economic demography of the region, so we are very successful in our initiative and I am sure that, with our effort, we will establish a milestone in our social and sports proposal.” 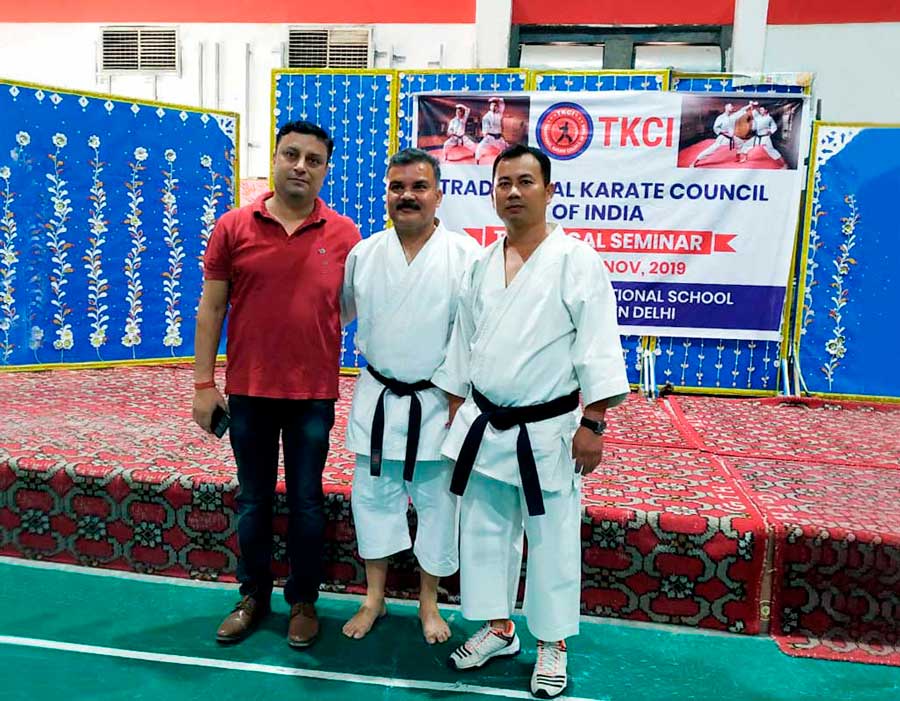 Today, the Traditional Karate Council of India brings together approximately 2,500 affiliated karatekas and 14 high-performance athletes highly qualified to participate in international events. There are 12 clubs, 28 dojos and almost 20 schools affiliated to the organization. About 90% of the students are children and young people of school age, because the entity, in addition to teaching karate, understands the need to prepare them for life.

When assessing the work of the ITKF, Rajnish Kumar points out that traditional karate is already very popular in the world, thanks to the work developed by sensei Nishiyama throughout his life. “The current moment may very soon become a gigantic worldwide movement of united federations. This is what we observed with the excellent work carried out by ITKF, which today is led by Professor Dr. Gilberto Gaertner, who is doing excellent management. For our part, we are helping, with a strong work in the Asian region.” 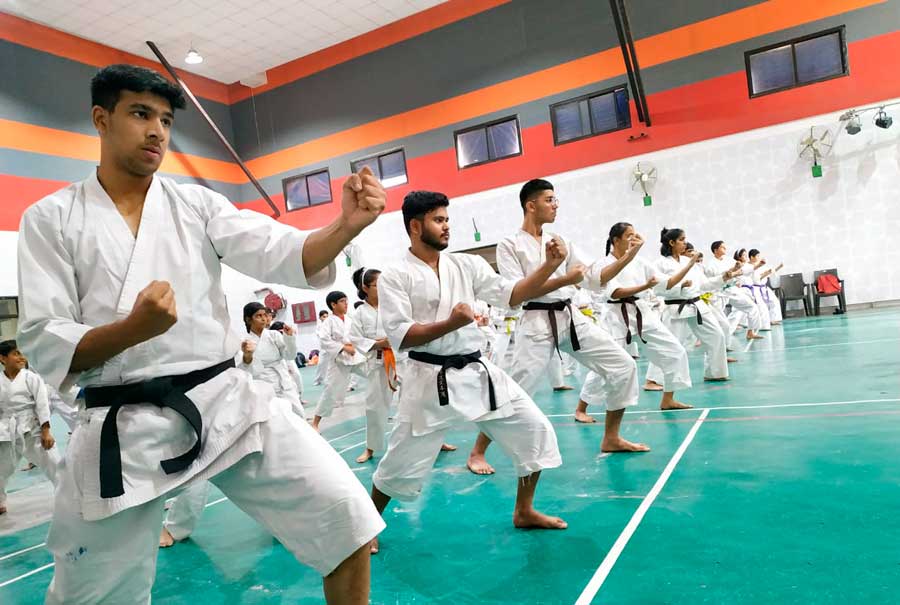 The Indian leader believes that it is necessary to stimulate the organization so that shihan Nishiyama’s message is transmitted and that everyone can have access to the practice of Karate for Life. For that, one must have a view of the global structural and economic situation of the institutions that manage traditional karate. For example, in Asia, there are many differences that can only be overcome by leaders who know the particularities of each country. “Otherwise, it would be a certain institutional failure that we cannot take chances with due to the delicate financial and political instability that all sports institutions and organizations are experiencing today, due to the pandemic,” he explained.

India is the second most populous country in the world and exerts great influence across the region. “That is why we must maintain a close relationship with all the countries that make up this bloc, which is home to different government projects”, added Kumar. “And that necessarily calls on India to play a leading role in fostering and expanding traditional karate.” 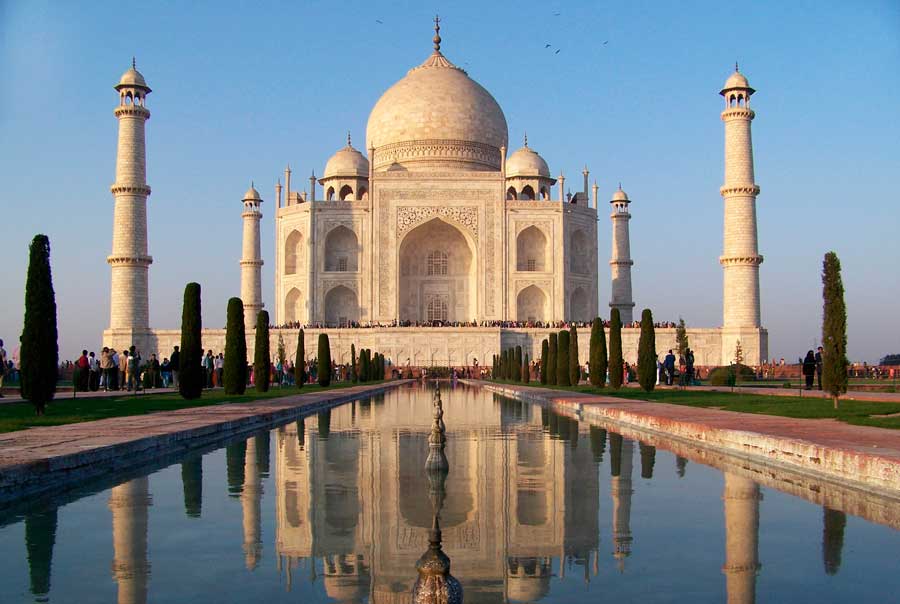 Who is Rajnish Kumar

Born on March 22, 1975 in New Delhi, capital of India, Professor Rajnish Kumar, black belt ni-dan, has an MBA in communication, is a content producer and blogger. Karate practitioner since he was 13, on July 11, 2019 he founded the Traditional Karate Council of India (TKCI), which has progressively become one of the biggest allies of the International Federation of Traditional Karate (ITKF) in the Asian region. A martial arts enthusiast, Rajnish Kumar is now a fervent supporter of Karate for Life, one of the main flags of the current ITKF management.

“I started practicing karate out of curiosity and the love that every boy has for martial arts and combat sports,” said Kumar in an interview with Budô. “My parents enrolled me in a dojo that taught Shotokan karate. At that time, I didn’t know how to differentiate between the different styles of karate, but I was lucky enough to go to a school that also taught traditional karate and since then there was no way to change to another style. The fundamentals taught by my sensei were so strong that I was literally in love with the principles and techniques that I was gradually absorbing.” 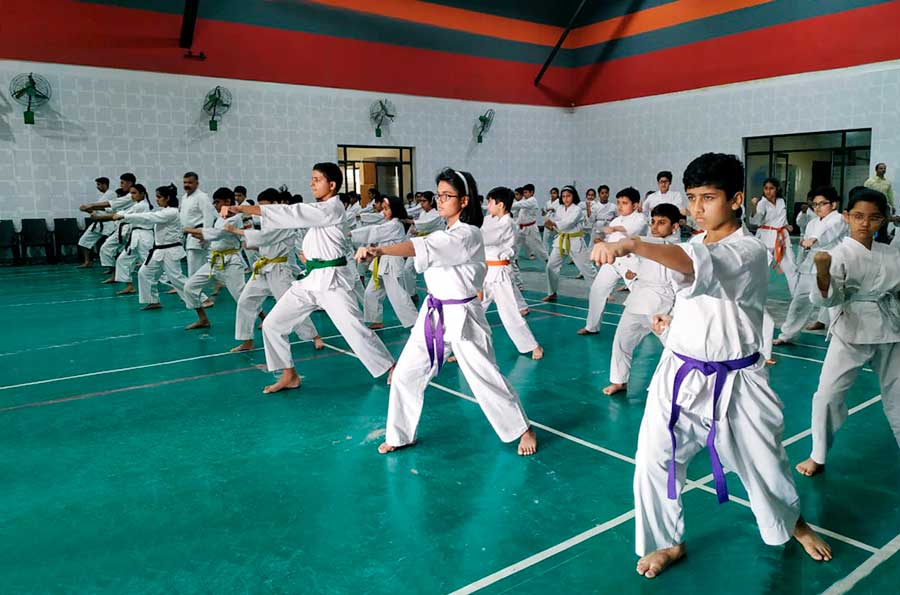 This is how Kumar realized that traditional karate is a true art and that it transcends the label of simple form of struggle, playing a crucial role in the development of the body and mind and promoting the practitioner’s internal balance.

Although he regretted not meeting Shihan Hidetaka Nishiyama personally, Rajnish Kumar celebrates the opportunity he had to absorb part of the teachings left by the founder of ITKF.

“I didn’t have the privilege of training under the command of Sensei Nishiyama. However, throughout my life, I read his books, listened to recorded seminars and studied the principles and foundations that govern traditional karate preached by the master. I confess that the concept of Budo for Life, the search for the improvement of the individual, the defense of truth and respect, has always impressed me with its content and socio-educational message. Now, by joining the ITKF and being part of the management of the entity in my country, I am very proud and honored to be able to participate directly in the dissemination and promotion of true traditional karate, giving continuity and a long life to the founder’s legacy. ” 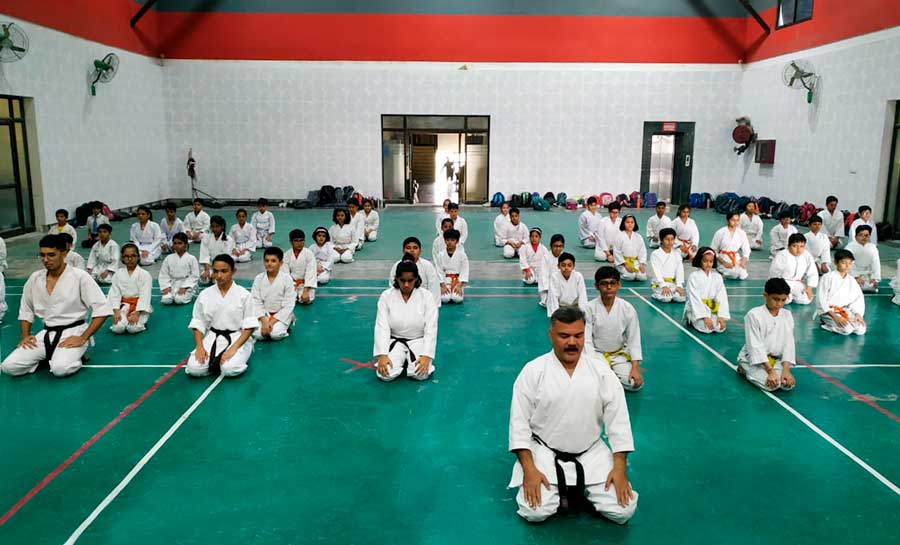 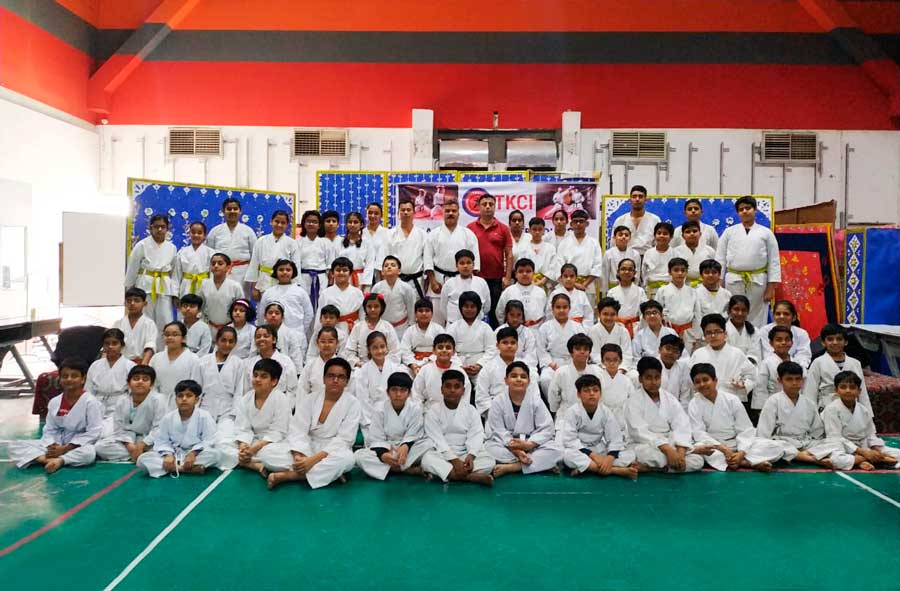 Teachers and students of the base