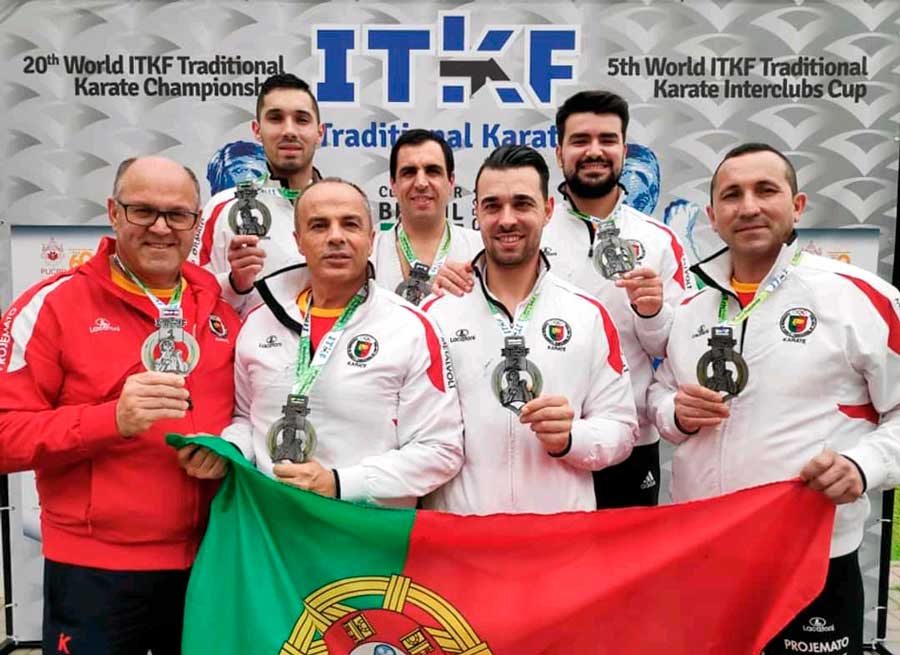 Portuguese team with medals from the Curitiba World Cup 2019

Founded in 2020, the Federation Budô Martial de Portugal is the official representative of ITKF in the important in that country

Black belt professor yon-dan (4th dan) Fernando Manuel Alves Maia da Silva is the president of the newly founded Federation Budô Martial de Portugal (FBMP). Established in April 2020, the entity replaced the Federation of Traditional Karate in Portugal (FKTP). Silva suffered a serious accident in 1994, a time when health professionals recommended that he not return to karate practice. However, he ensures that his principles and outlook on life were entirely grounded in the practice of traditional karate. 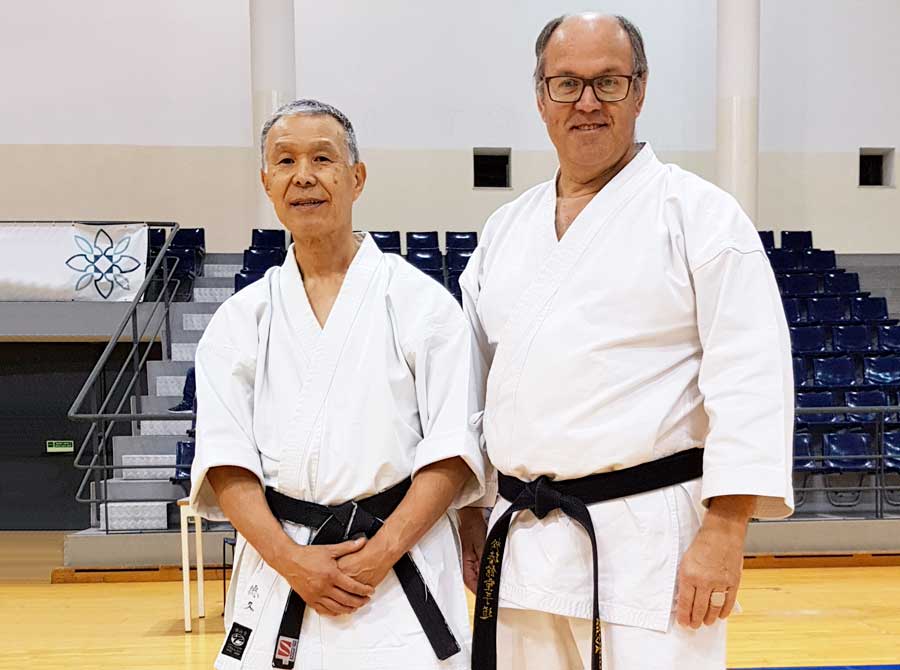 Born on October 14, 1961, Fernando Silva is a trained electrical engineer and owner of three industrial companies in the areas of electrical and automation, mechanics and piping, mainly involved in worldwide projects, with emphasis on steel mills, refineries (oil and gas), petrochemicals, pharmaceuticals, railways and football stadiums.

In 2020, Professor Fernando Silva was elected Comptroller of the International Traditional Karate Federation and became part of the entity’s board. According to information obtained by the magazine Budô, the Portuguese leader has played a major role and offered an excellent contribution to the ITKF administration. 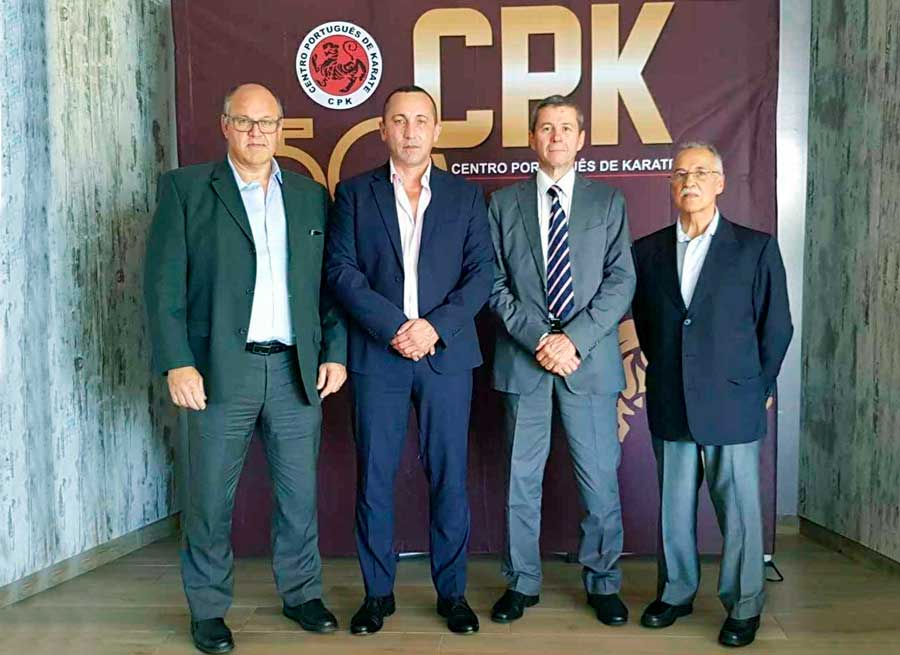 Accumulating 49 years of experience in karate, since he was 10 years old, Silva reveals that graduation was never his priority. Since the beginning of the practice, he has always participated in kata and kumite championships. He was graduated sho-dan by professors Stan Schmidt, Johan Roets and Malcolm Dorfman in 1979 in Johannesburg, South Africa.

In line with JKA in South Africa, the director had Stan Schmidt, Ken Wittstock, Malcolm Dorfman, brothers Keith and Derrick Geyer, Johan Roets and others as teachers. According to him, all belong to the famous early birds group, at a time when South Africa was respected throughout the world of karate. 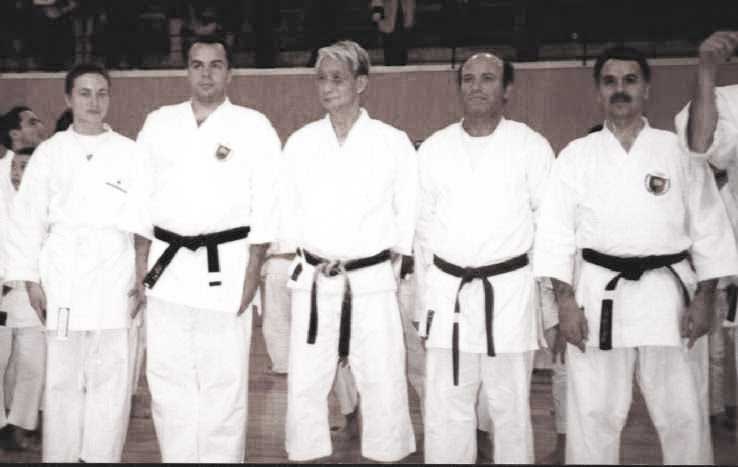 Accident and removal from the sport

In 1978, he was invited to take and teach karate at the Portuguese club of Vanderbijlpark, where he managed to increase the number of practitioners to almost 70. After returning to Portugal in January 1993, he suffered a motorcycle accident that resulted in the fracture of two vertebrae in the lumbar region and three in the coccyx. It took almost 11 months of physical therapy and recovery. Orthopedists recommended that the leader forget karate because he could no longer train again. 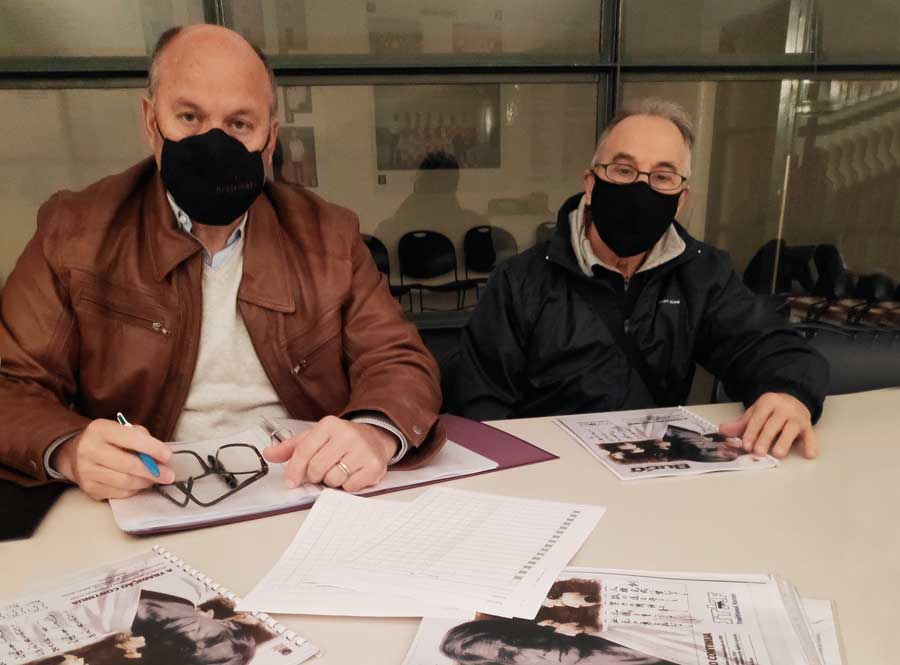 “Because of that and my professional life, I stayed away from martial art for about ten years, but feeling an inexplicable longing to the point that, if I saw a training or competition, both in person or on TV, I would leave the place or change the channel because I couldn’t contain the tears. In the final part of that absence, especially in the last year, I had the support and strength of my family, which has always been my great point of balance in all professional and personal aspects”, revealed the Portuguese leader. 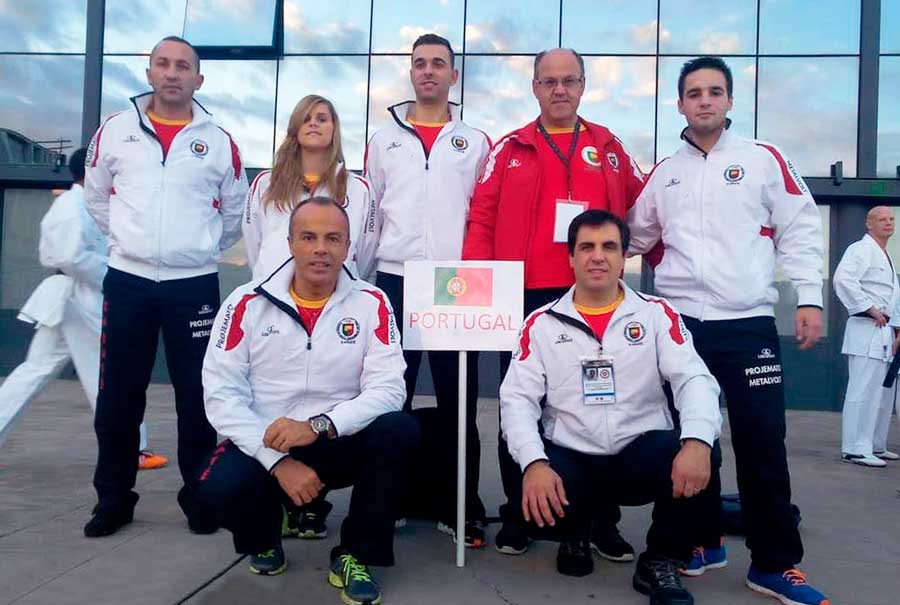 Silva says that his wife, son and daughter encouraged him to have the strength and courage to return to training. After researching karate clubs close to where he lived that had an interest in and participation in traditional karate, he met professor Toze Castro Lopes and his father, coach and technician who, at the age of 76, still trains every day at Ginásio Clube Vilacondense (GCV Karate – Shotokan). 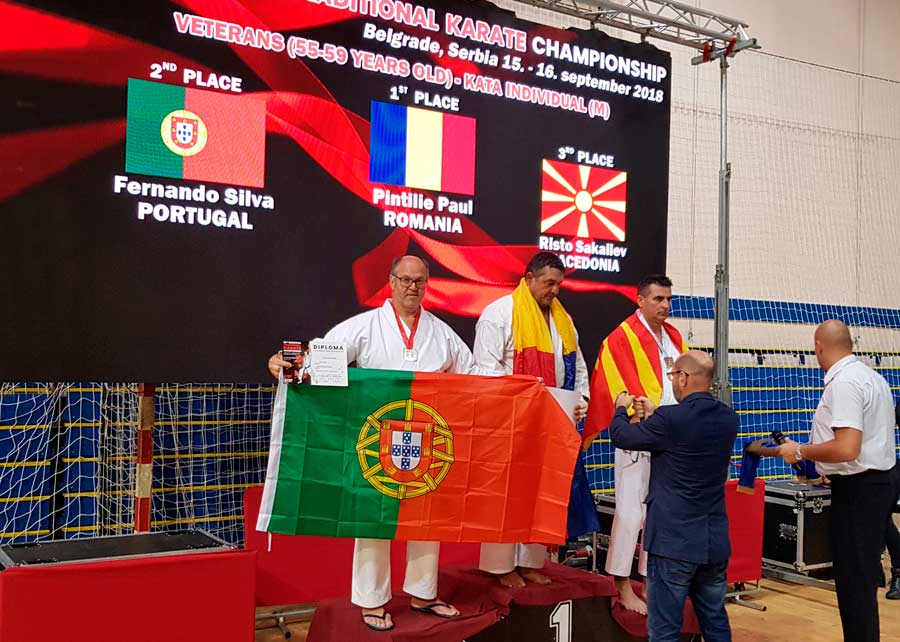 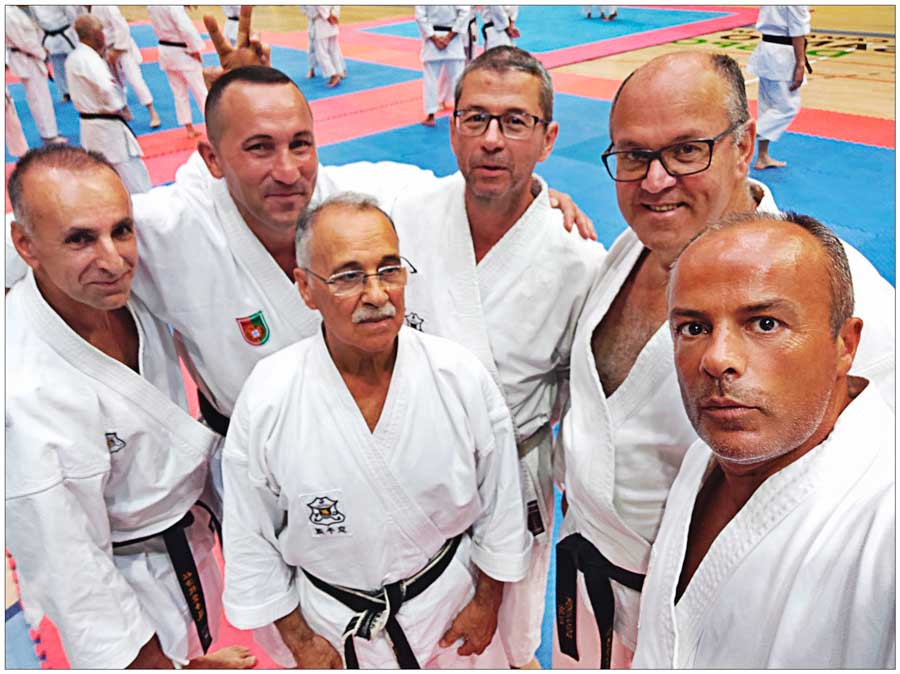 Since then, the Portuguese leader has served as director of Ginásio Clube Vilacondense (GCV) and enriched his curriculum with training in karate arbitration courses and level II trainer, recognized by the government of Portugal. Silva has also participated in the national selection of traditional karate in Portugal as an athlete, manager and assistant to coach Toze Lopes. He was also vice-president of the now defunct Federation of Traditional Karate in Portugal (FKTP), which was chaired by professor Romulo Machado. 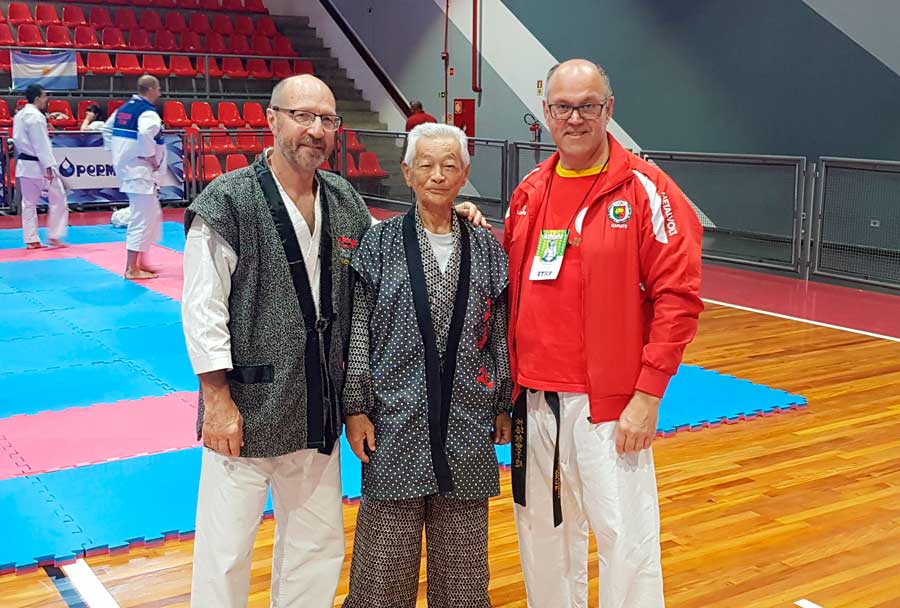 About the FMPB and its objectives 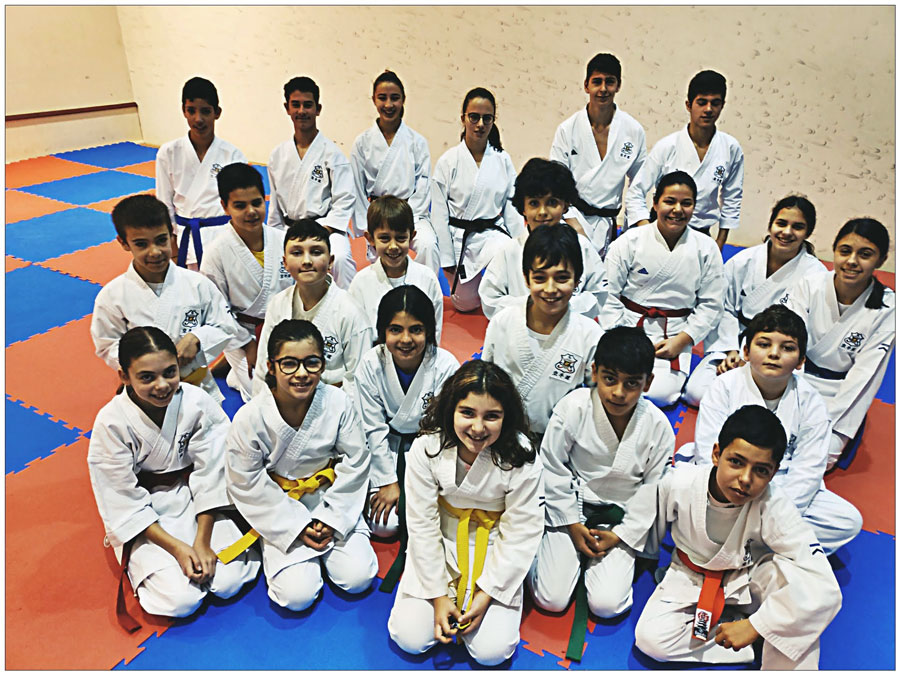 Specific training for children and youth

“Despite being recent, the FMPB has already been registered in compliance with Portuguese law and is headquartered in Vila do Conde, in the district of Porto. The federation is currently forming its shihankai, competition committee (kumite, kata, embu and fukugô), arbitration committee and legal-administrative department. The next objective is to introduce the federation to the Portuguese Institute of Sport and Youth (IPDJ), an entity that controls and regulates all sports and other activities in Portugal, so that the FBMP is recognized as a socio-educational modality of karate-do, different from the sport”, explained the leader. 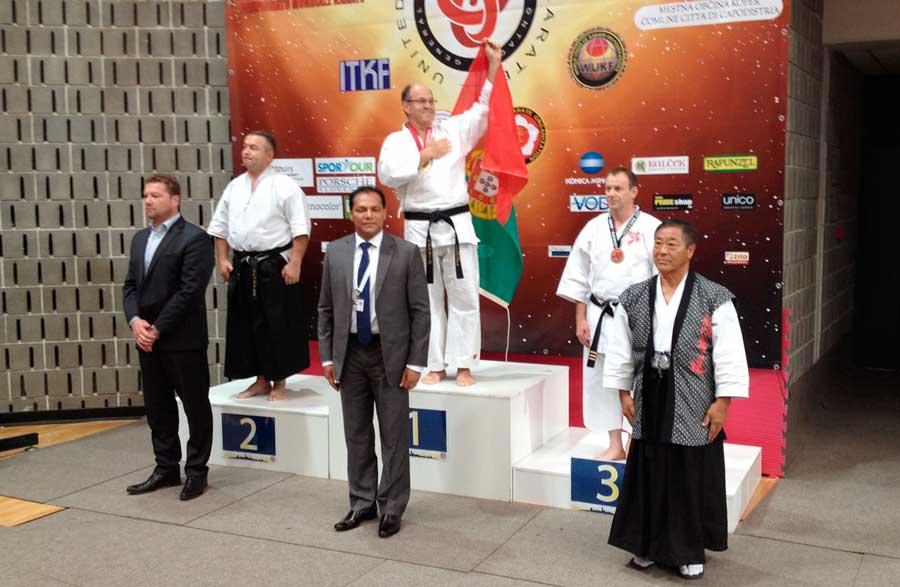 In a short time, thanks to the divulgation made, Silva started to be approached by many athletes, clubs and associations in search of information about affiliation to the FBMP, showing enormous interest in returning to the activities and initiatives of traditional karate. The manager and the technical team are very proud of such interest and desire to integrate karate for life. 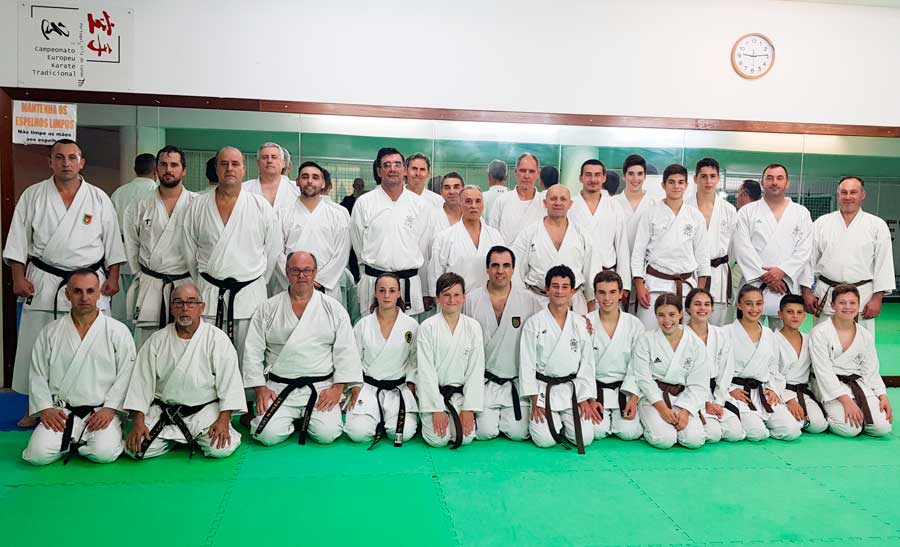 With 400 affiliated karateka and ten associated dojo, the Portuguese federation is betting on the formation of new generations. To this end, the Traditional Journeys of Traditional Karate project will be put into practice in January, which consists of monthly training sessions dedicated to kumitê, kata, embu and fukugô (one weekend for each theme). 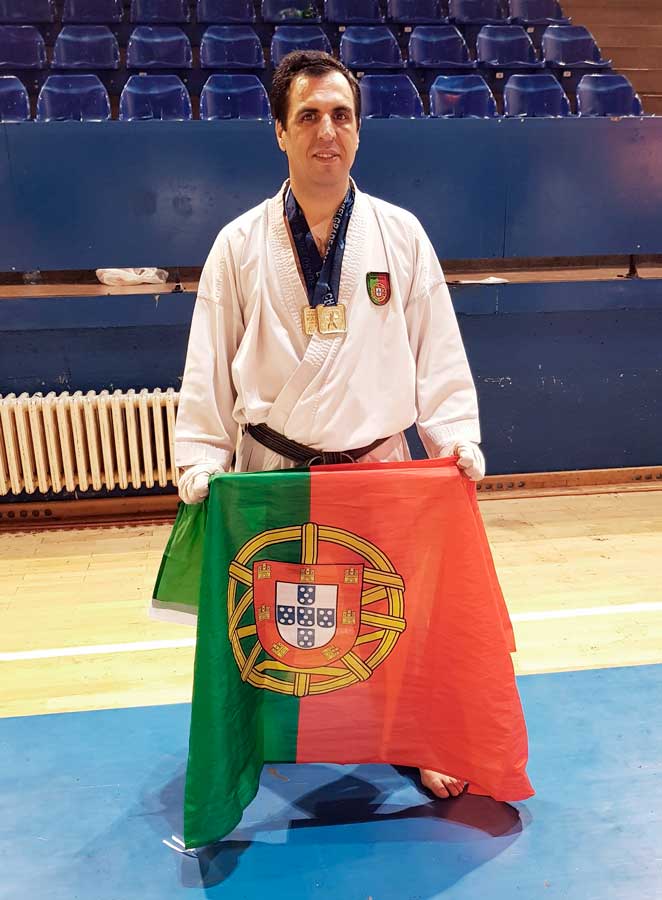 “We intend to train our coaches with privileged information, technical knowledge and pedagogical skills that allow for quality teaching. Every month there will be a meeting of instructors in which educational advice and strategies will be given. We are working in a competitive framework that allows us to test the progress of karateka. Our referees will also be properly trained. Internships are being scheduled, which will give all practitioners the opportunity to receive knowledge about traditional karate”, said Silva. 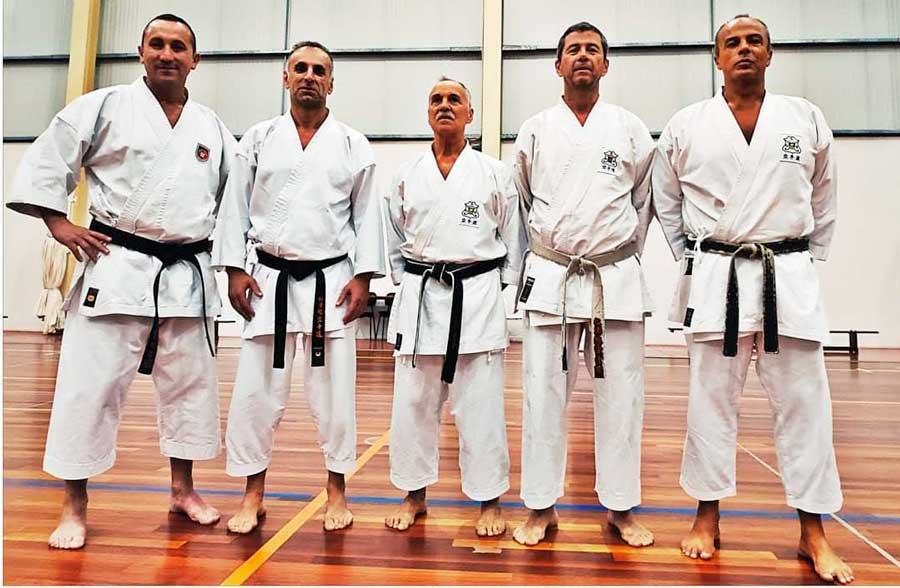 In order to popularize traditional karate on a global level, the president of the FMPB believes that there should be a continuous dissemination of the activities, objectives and principles of traditional karate, in addition to a greater number of meetings between coaches, karatekas and officials. “The use of channels and social networks, as has been done in the last year, is extremely important because it is the language of new generations, which we must conquer. And this culminates in the formation of better citizens and people, as this is the philosophical proposal of karate.” 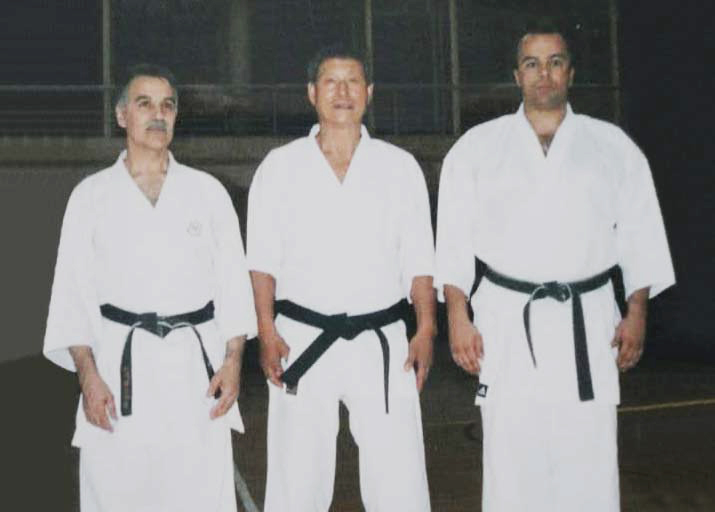 For the Portuguese leader, traditional karate has been reborn since 2019, a year that marked the increase in the modality and visibility of the sport.

“It is also perfectly clear that the ITKF has shown greater organization and is, at the moment, very well structured, thus inspiring national federations to follow suit. In line with the rest of the world movement, in 2021 there is a big boom in traditional karate in Portugal, despite the pandemic. The commitment and passion for the sport have crossed barriers and are having a great effect. We are sure that it will be the year of change”, evaluated Professor yon-dan. 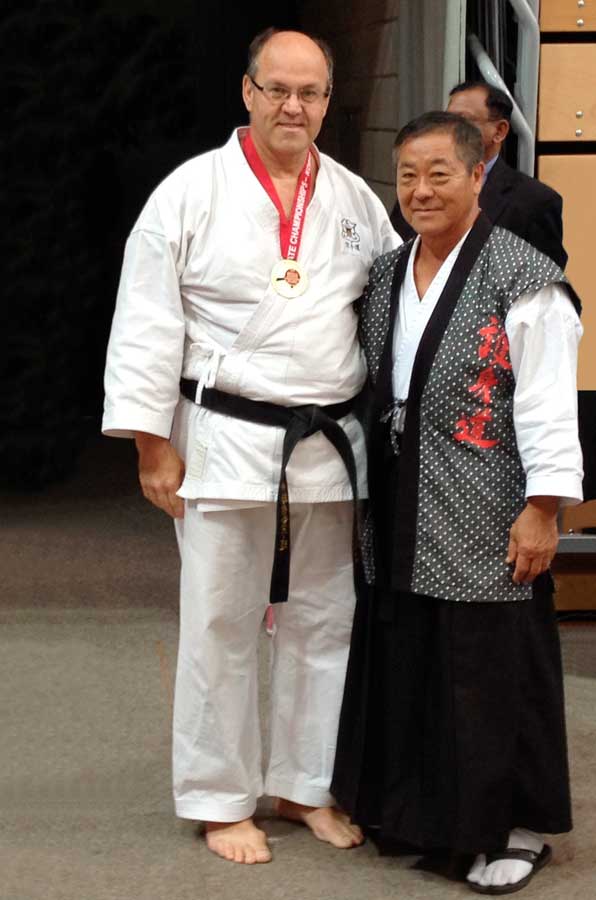 FBMP’s mentor is roku-da (6th dan) master José Castro Lopes, a traditional karate practitioner since 1976. Currently, he serves as technical director of the largest ITKF club in Portugal. During these years, Lopes had the opportunity to train several times with internationally renowned masters, such as the senseis Nishiyama, Shirai and Watanabe, who are his great world references. At 76, he continues to work daily at the dojo to transmit his knowledge in a humble and competent manner.

Professor Lopes remembers an episode that marked him deeply, alongside shihan Tasuke Watanabe. “I was privileged to spend three days with this great master who, with his vast experience, always had a story or lesson that still accompanies me. He also showed extraordinary humility when he visited me at my place of work. Being able to go to the best restaurant in town, as he was an illustrious guest, he always preferred to eat with my family, valuing a simple soup. Humility and knowledge are the hallmarks of this great master”, said the FBMP mentor. 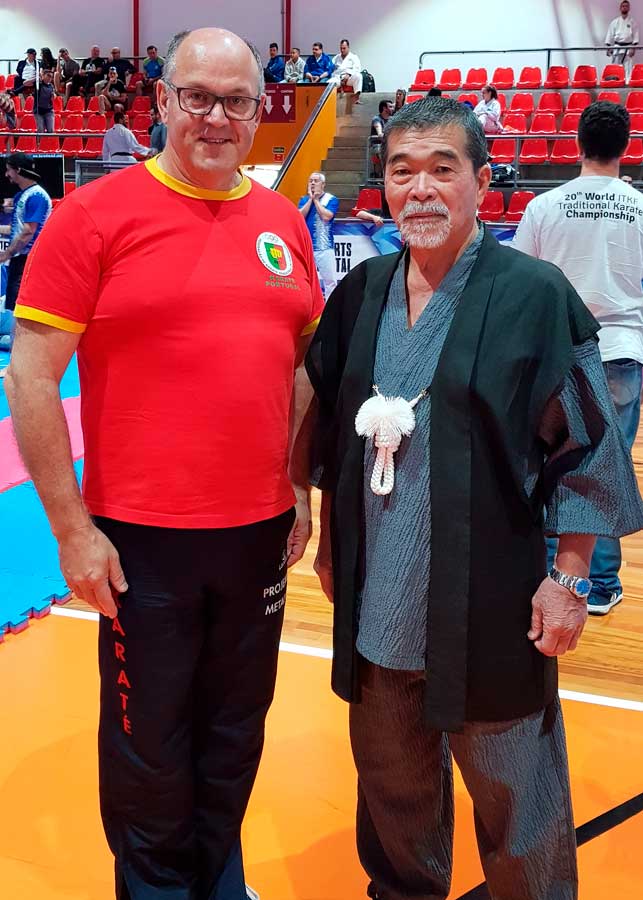 Pedro Silva is the athlete with the greatest international performance in the Federation Budô Martial de Portugal, having made his debut in 1997 in Switzerland. His last competition was in Brazil in 2019. According to the president of the Portuguese federation, it is 22 years of a career full of titles. “Pedro Silva, our samurai, guides his life in enormous humility and always following the principles of Budo. He is an example for the youngest and we have the enormous privilege of being able to count on his collaboration, commitment and great dedication in our management, focusing on the competitive development of the athletes of this new FBMP ”, said Fernando Silva. 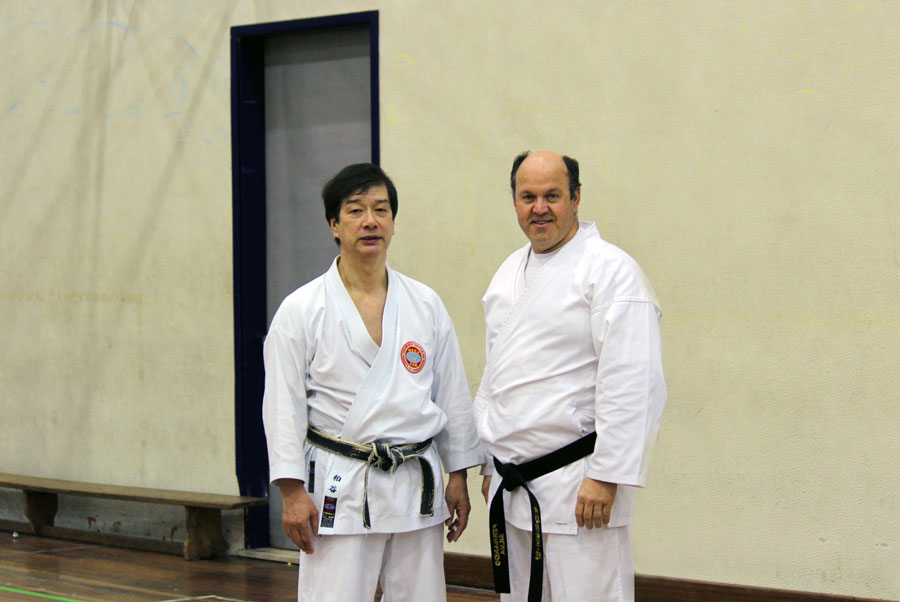 The Portuguese leader concluded by highlighting the need and importance of registering all black belts in Portugal on the boards of the International Traditional Karate Federation.

“In addition to master José Castro Lopes, our most senior teacher, our federation has a body of experts that guarantees technical sustainability. However, the recognition and due registration in the ITKF of our black belts roku-dans (6th dan), go-dans (5th dan), yon-dans (4th dan), san-dans (3rd dan), ni-dans (2nd dans) and sho-dans (1st dans) is one of our main goals. ” 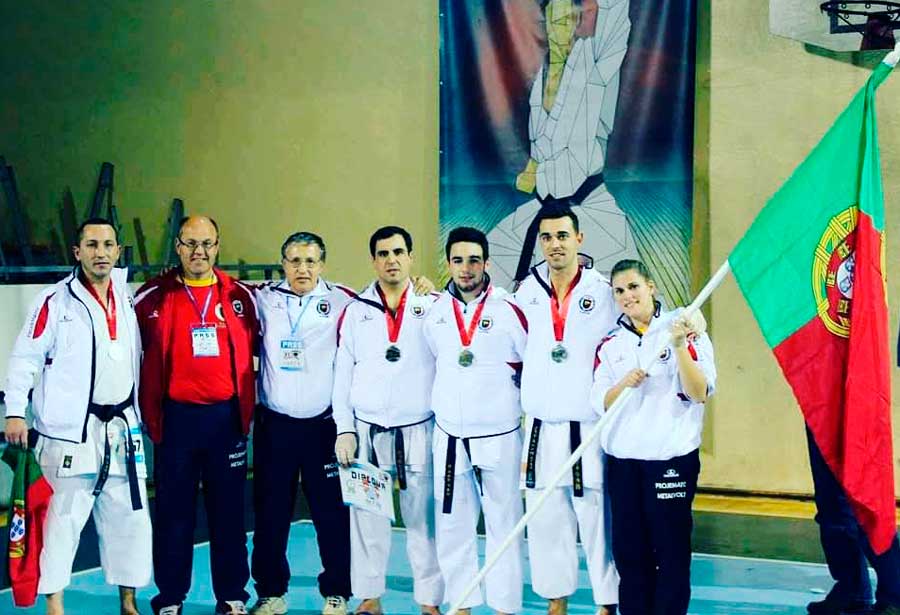 Selection of Portugal in the European championship led by sensei Romulo Machado, former president of the Portuguese Federation of Traditional Karate and legal consultant to Hidetaka Nishiyama 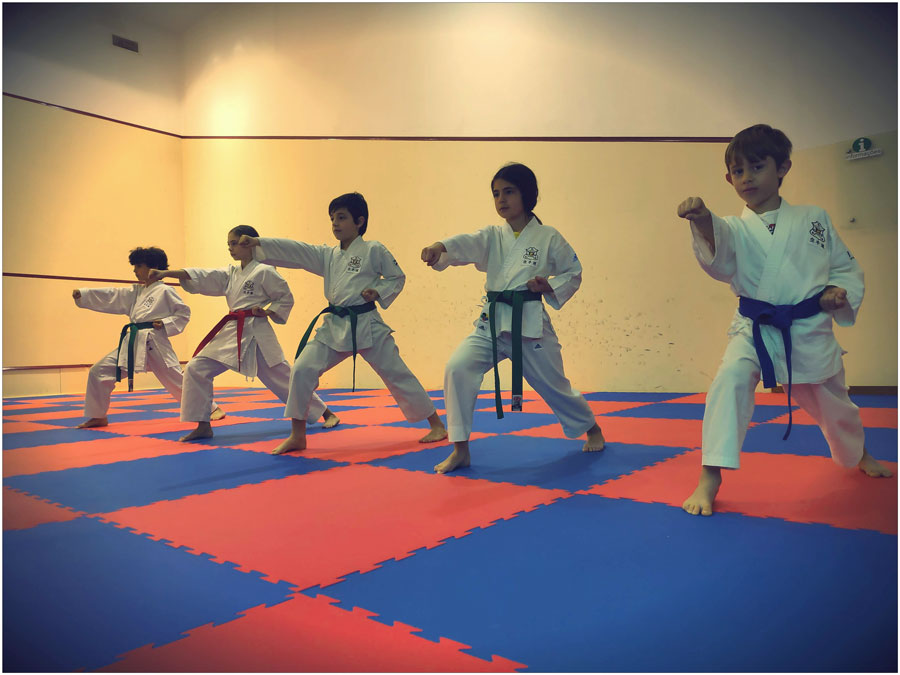 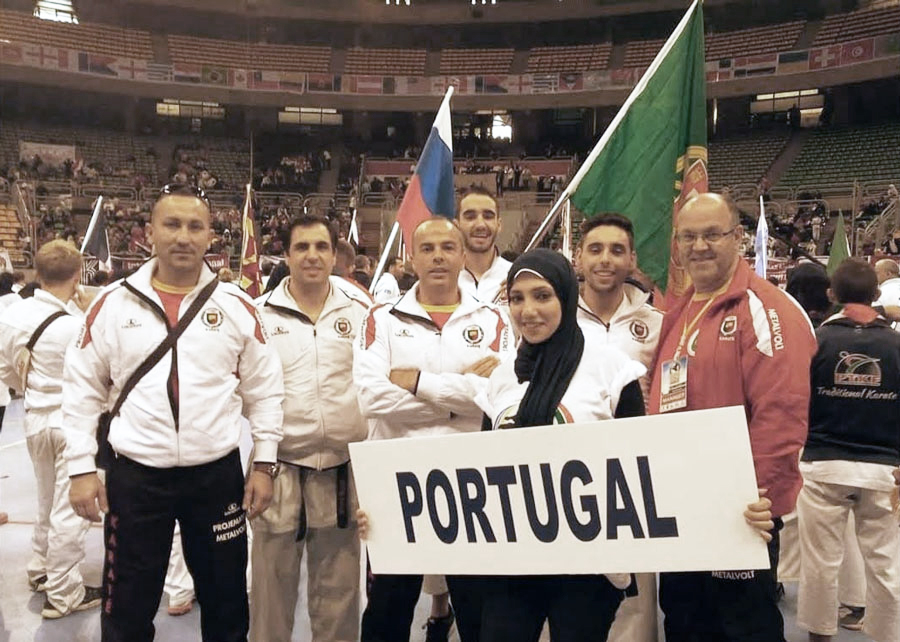 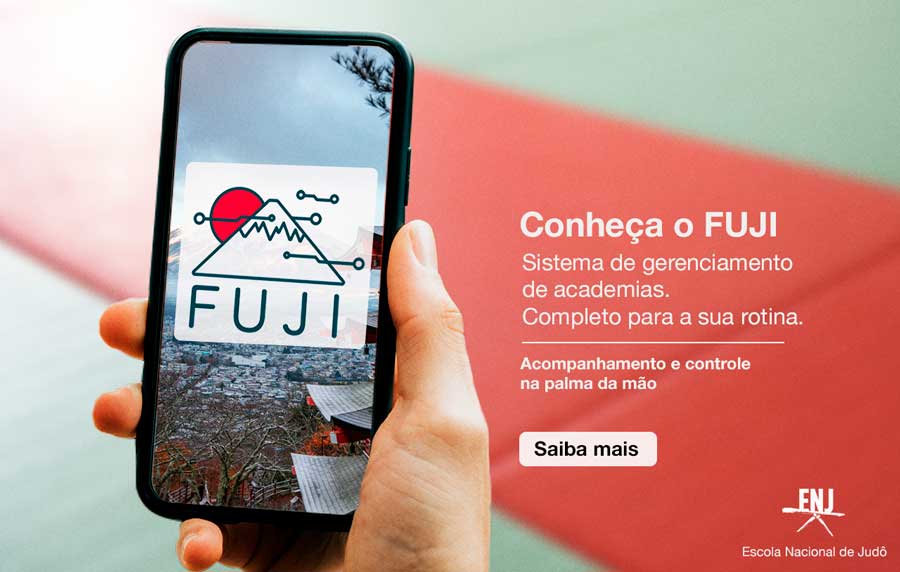