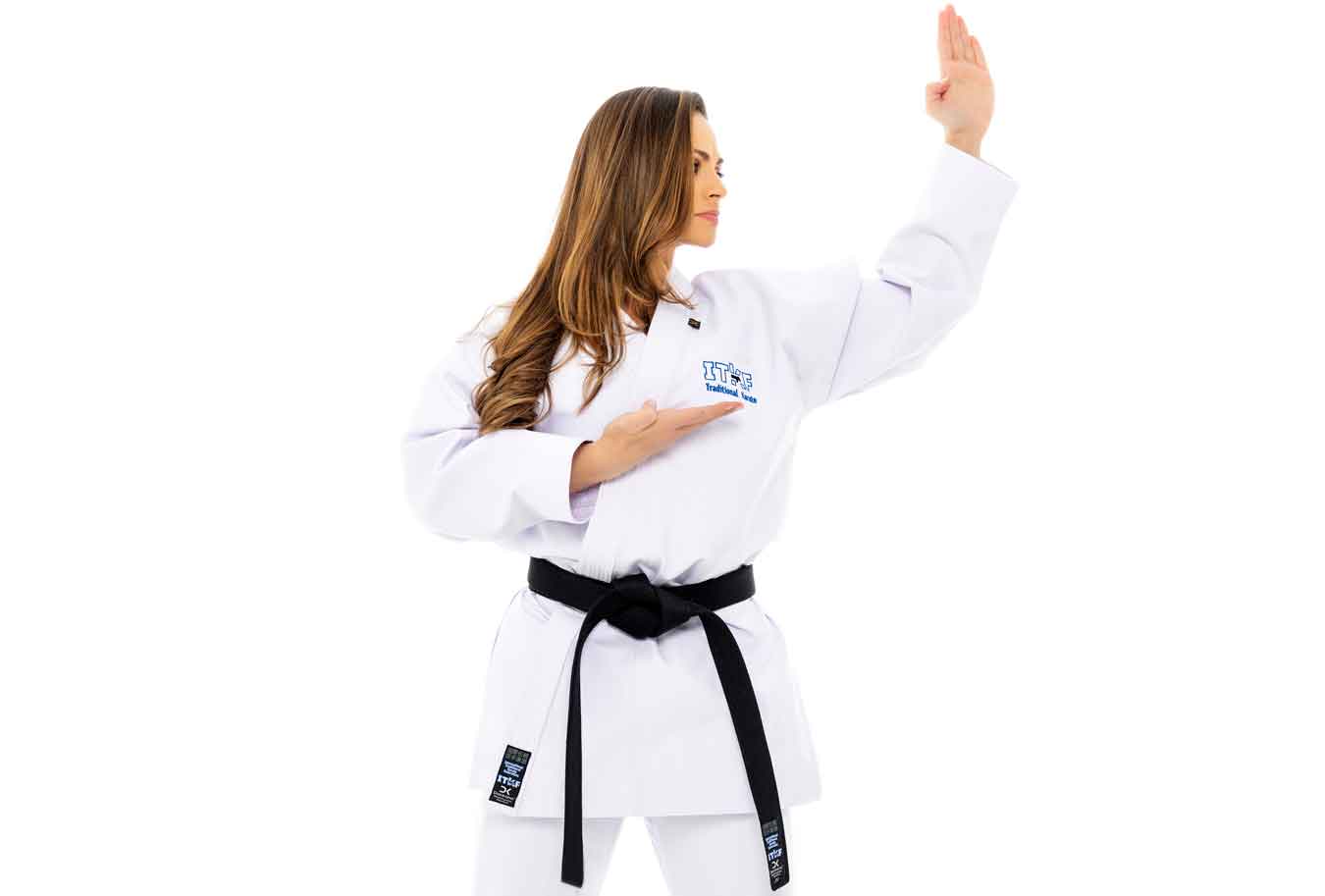 Based on the imminent post-pandemic resumption, the executive committee of the International Traditional Karate Federation (ITKF) has started the homologation of brands that will be allowed to operate in the sport 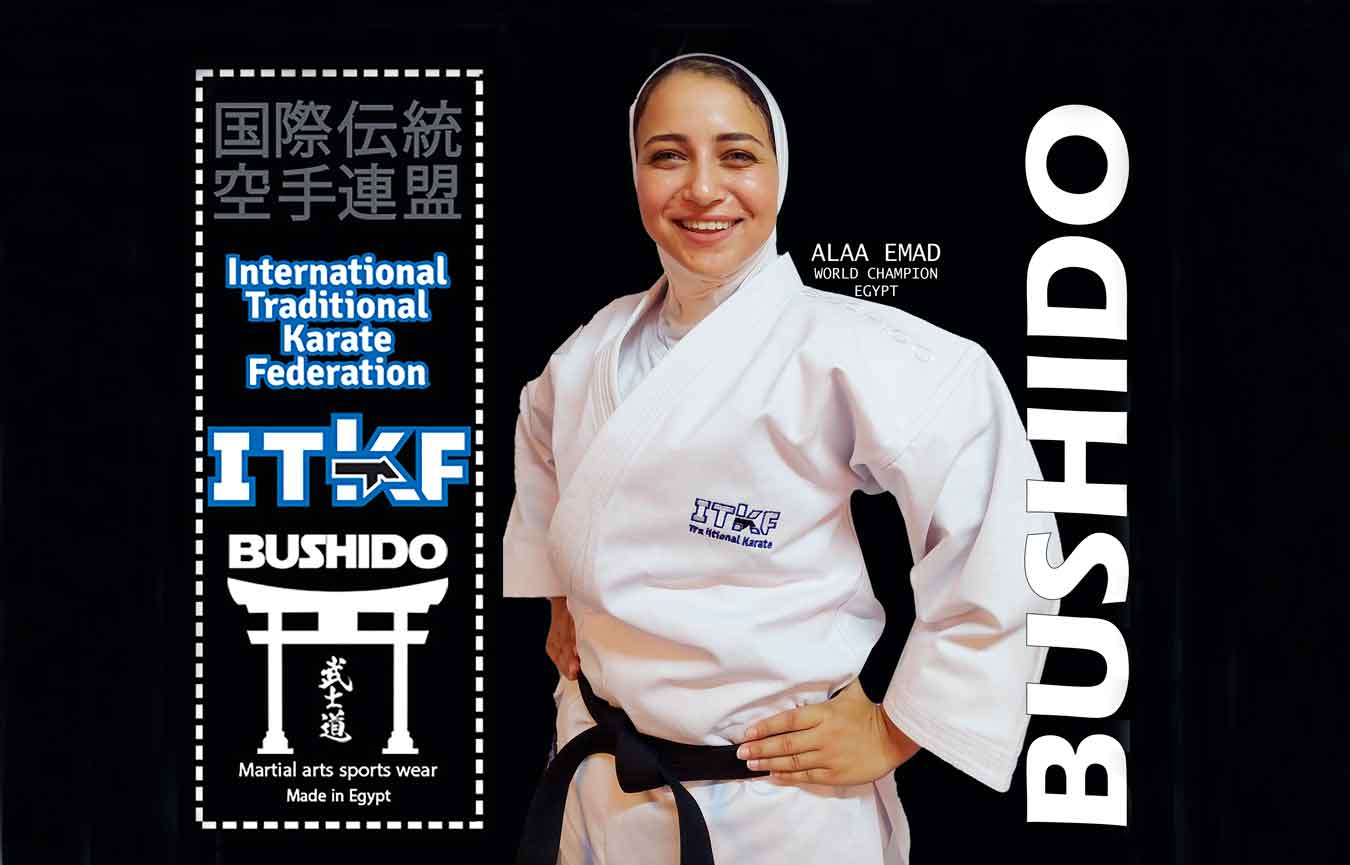 After a successful first term and with the easing of restrictions imposed by the covid-19 pandemic, the International Traditional Karate Federation (ITKF) board of directors is beginning to resume projects aimed at strengthening the entity’s identity and consolidation process across the globe. This is another step in the journey that began after the 2017 general elections, which were followed by work on the reunification of traditional karate-do.

Among the innovations planned for this resumption is the homologation of karategis and protective accessories essential for the practice and competition of kumite competitions. 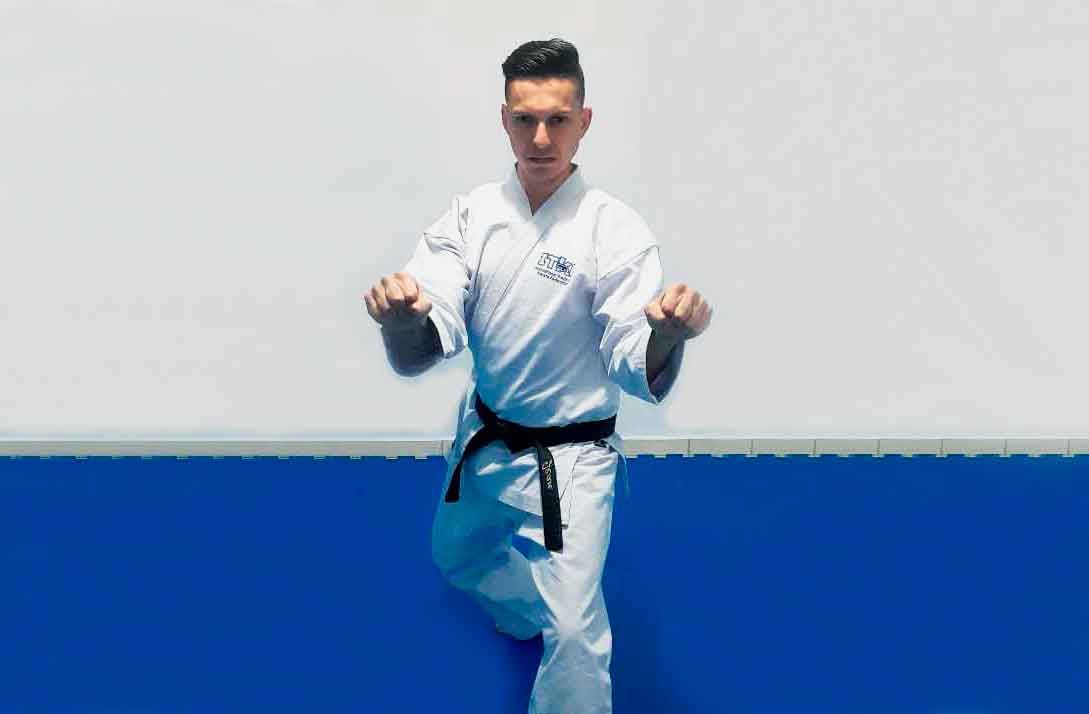 Following the model adopted by the main international sports entities, the ITKF executive board decided to license manufacturers willing to develop products that meet the specifications, standards and safety norms established by the international federation. Three brands have already joined the bidding process started in the first half of 2021: Dankana Martial Arts Products, from Erechim (RS); Bushidô Martial Arts Sport Wear, from Cairo (Egypt); and Yama Kimonos, from Curitiba (PR).

Laudi Spironello, commercial director of Dankana Martial Arts Products, sees in the partnership the possibility of conquering a new market outside Brazil and adding efforts to the strengthening process of ITKF. 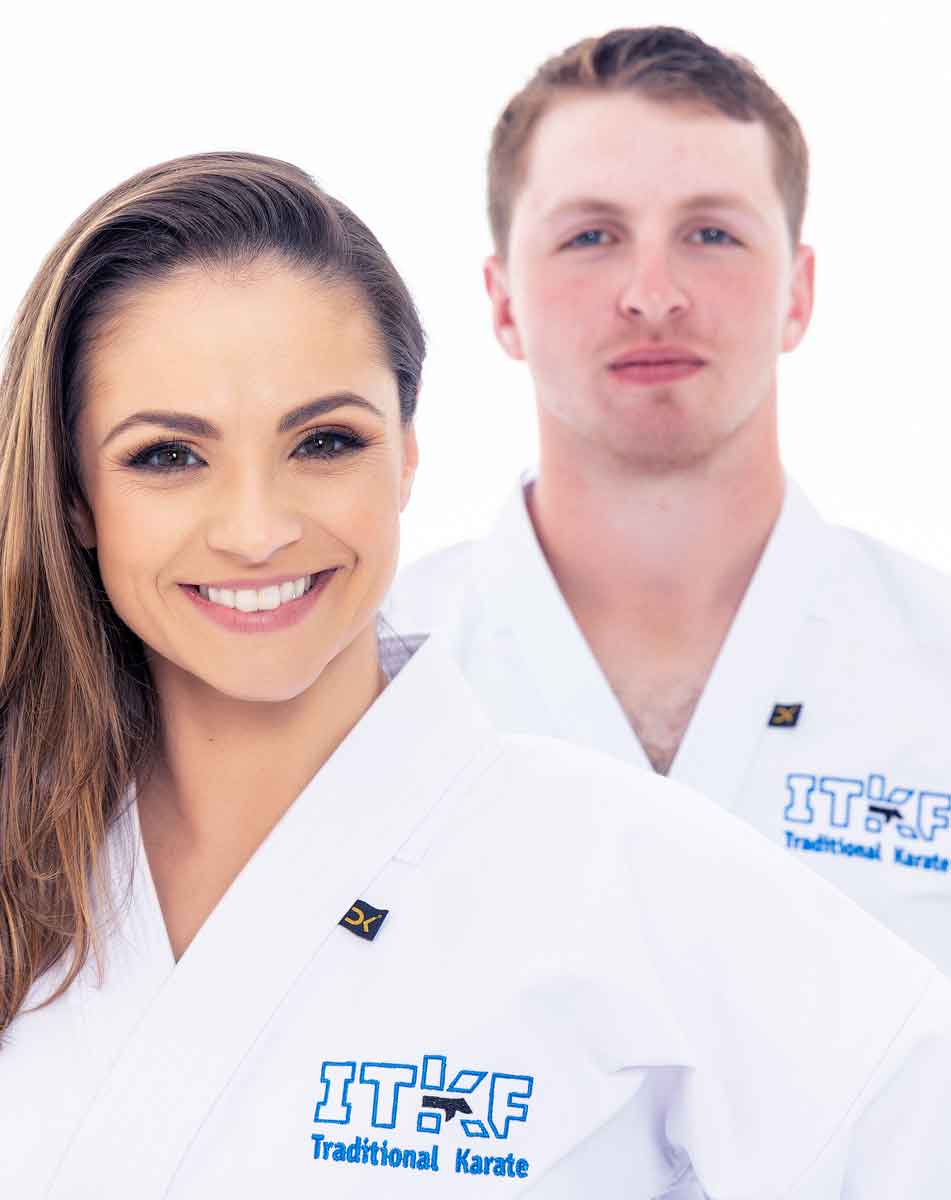 Dankana bets on the resumption of ITKF in-person events © Disclosure

“Our goal is to provide quality and durable karategis for karate practitioners,” he explained. “We want athletes to perform better in training and competitions wearing uniforms that meet their needs and expectations. This partnership between Dankana and ITKF will allow the two brands to have more interaction with martial arts lovers, giving more visibility to traditional karate-do. We want to show that the formation of character also lies in the awareness of acquiring products that have an extended useful life and a significant decrease in the disposal of textile materials.

Mohamed Fawzy, industrial director of Egyptian Bushido, highlights that the modernization of the product line is one of the main goals of his company. 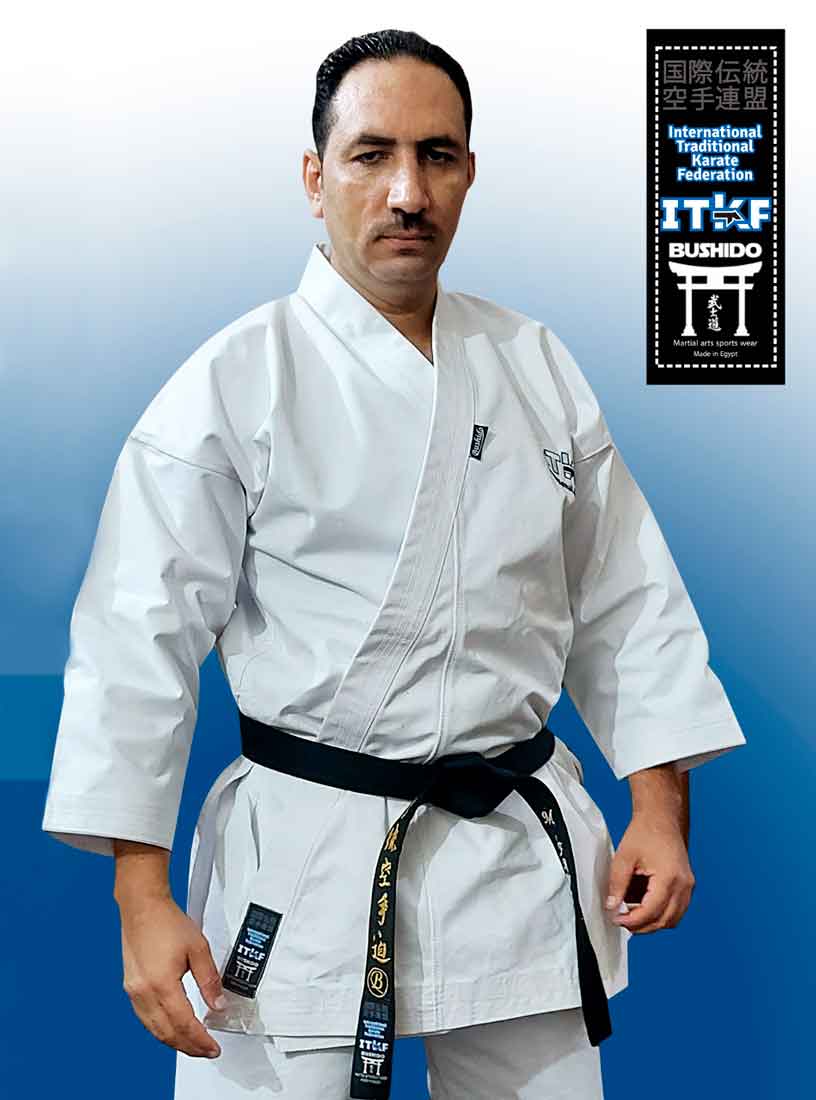 “We have been in the karategi segment since 2005,” he said. “Actually, I inherited a clothing factory from my family, but I preferred to develop a specific line of clothing for practicing martial arts. Since the beginning, we’ve focused on developing products based on innovation, using the best material on the market. We are in constant progress to keep up with the latest trends in the martial arts universe and the sports line.”

For Daniel Henrique Laurindo, executive director of Yama Kimonos, the homologation of his company by ITKF will represent a greater insertion of his brand in the international market. 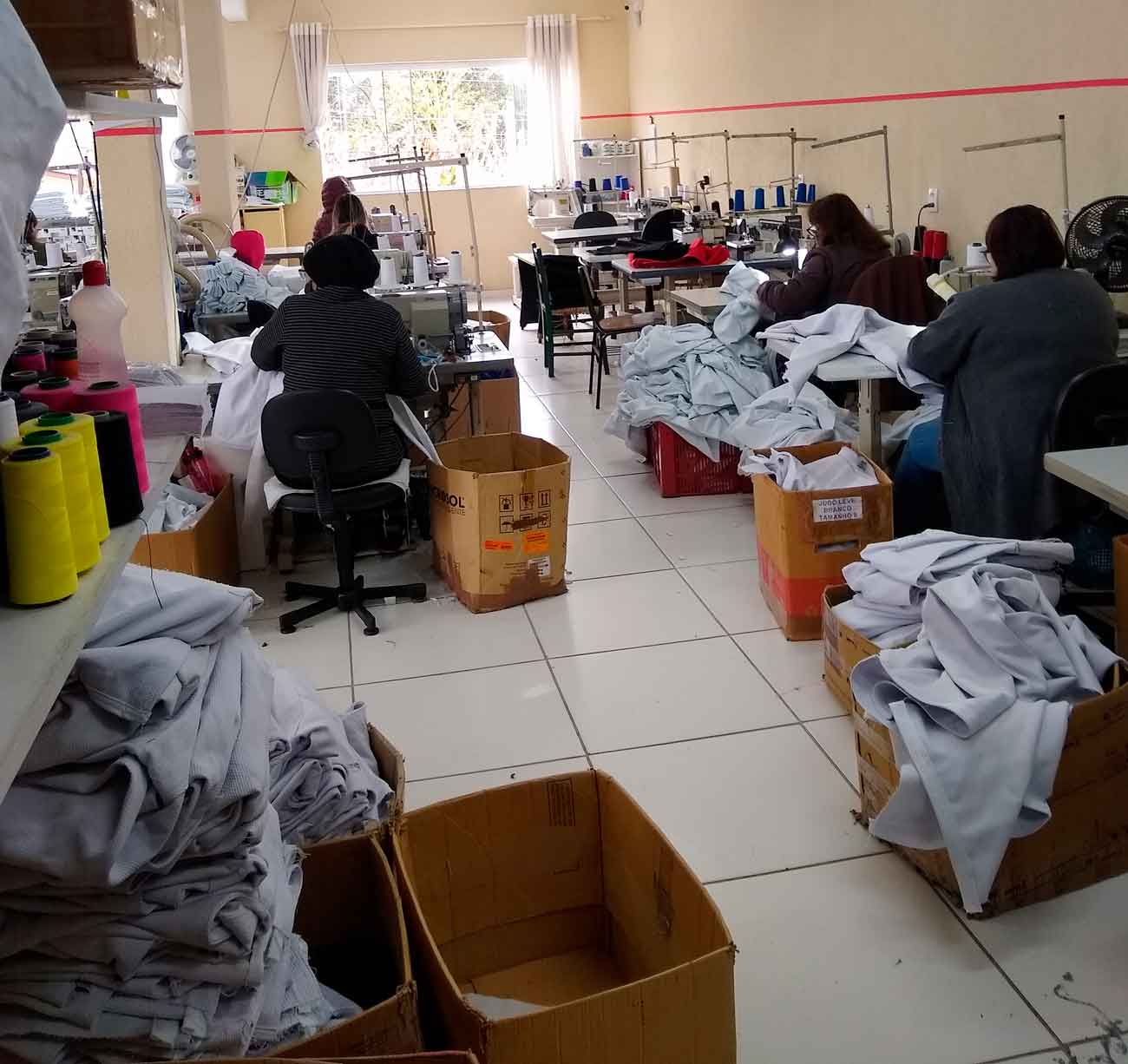 “Yama Kimono’s history started in 1987, with the manufacturing of kimonos and belts for judo practitioners,” he recalled. “Later, we started to manufacture institutional t-shirts for events held in São Paulo and Paraná. Only in 1994, we founded the company that originated Kimonos Yama and we’ve been operating under the same name for 27 years. We have developed a joint work with ITKF since the world championship held in 2001, in São José dos Pinhais.”

Laudi Spironello also said that his company started approaching traditional karate from the contact with Traditional Karate Federation in the state of Rio Grande do Sul. “We produced our karategis in partnership with athletes and senseis specialized in this style of karate, adjusting all the details so that the uniforms would be their second skin. This decision by the ITKF for us to be one of its suppliers is a great reward for the work we have done so far. However, we know that the visibility will be even greater and consequently the demand for kimonos produced with excellence.” 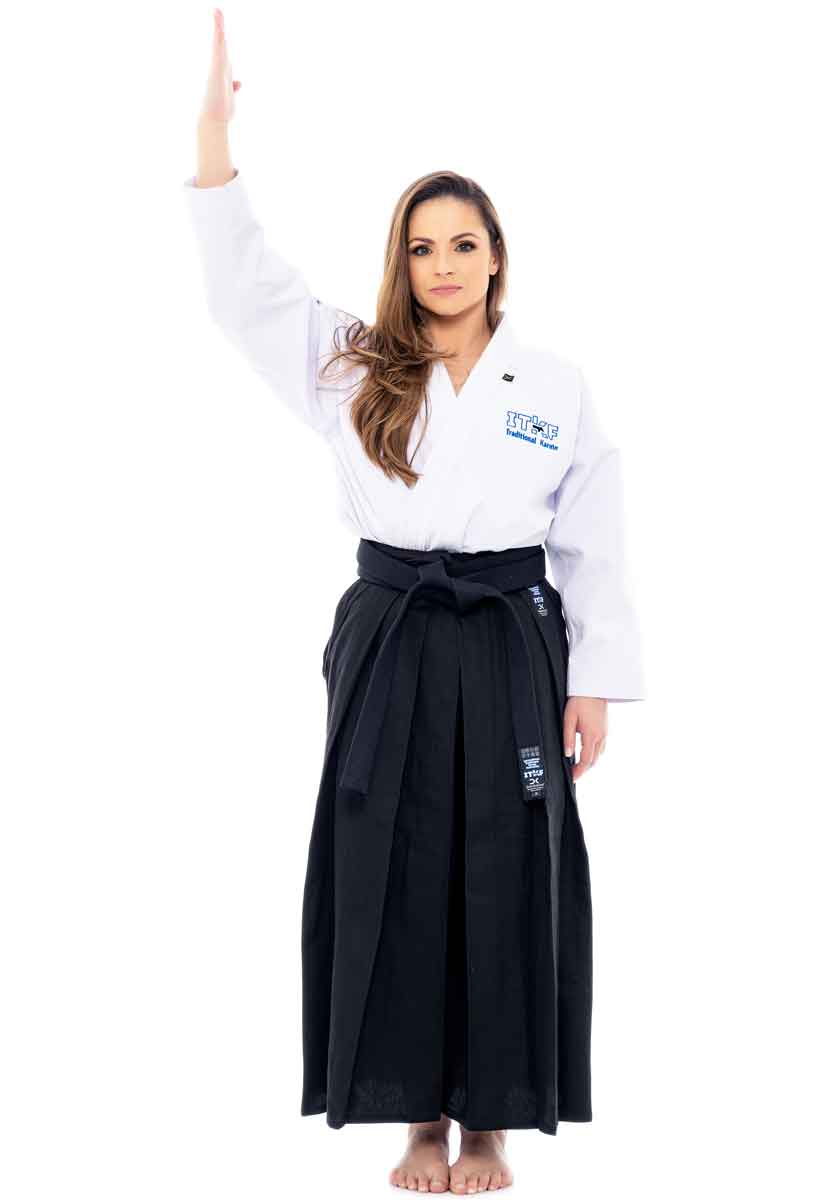 The fight market is already preparing for the worldwide resumption of in-person sporting events. Based on this, Dankana is ready to promote and sell virtually.

“Dankana has always tried to be present in the karate events that take place in Brazil. We await the resumption of the on-site championships so we can take our products closer to the athletes, thus enabling practitioners to know the complete line of Dankana Traditional and Premium karategis, developed with strong twill, ribbed, PA, K10 (medium canvas) and K12 (heavy canvas) fabrics. Since 2018, we sell through the website www.dankana.com.br and we are constantly updating, presenting products with attractive photos, detailed descriptions and complete measurement table. In addition to the website, Dankana is present in several other digital platforms and with specialized service by WhatsApp, in which all questions are quickly clarified,” said the enterpreneur. 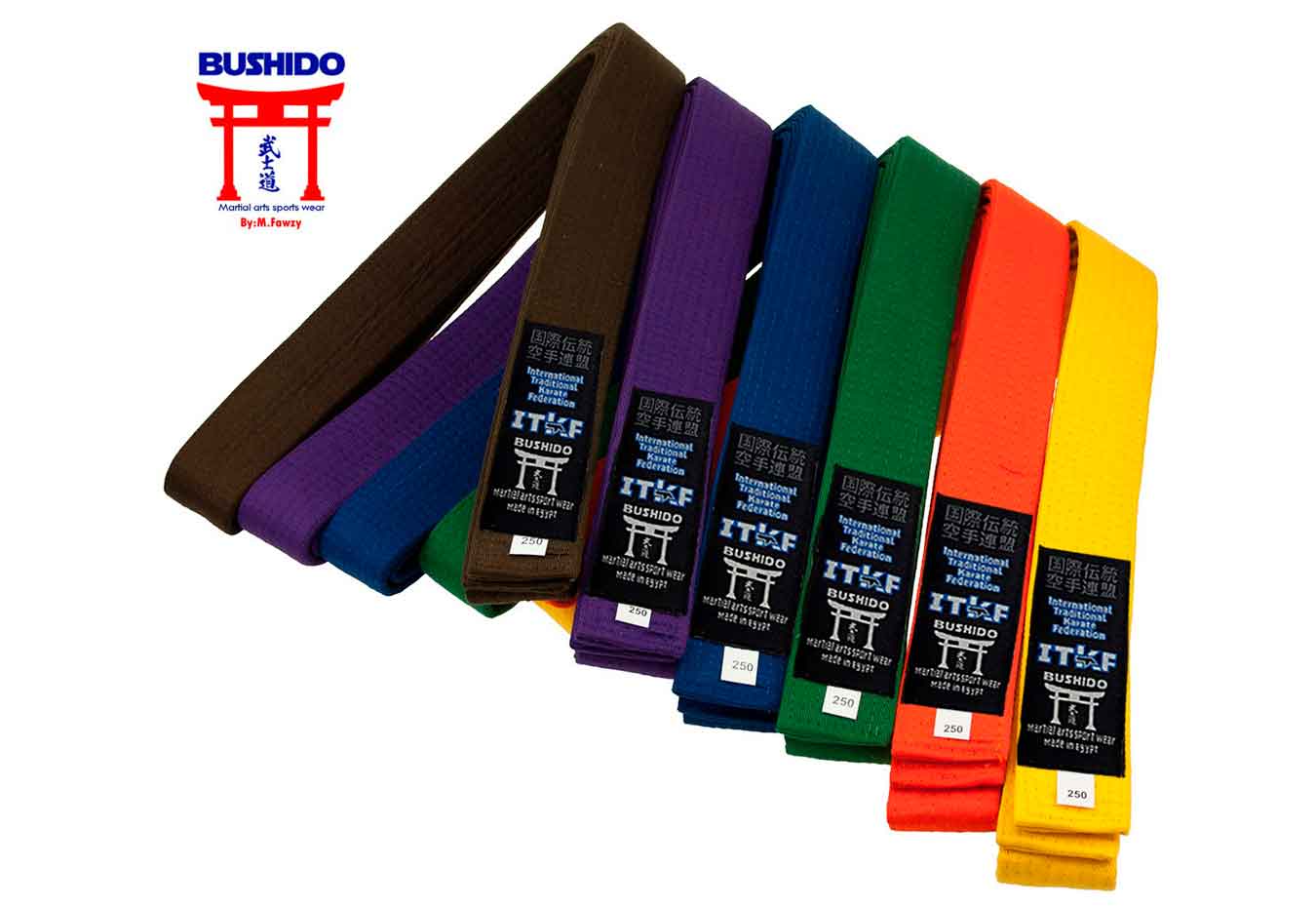 Daniel Laurindo explained that, nowadays, his company operates in the entire wrestling segment and that the partnership with ITKF will project Kimonos Yama in all the countries where the entity operates. “Today, we manufacture kimonos and protection materials for the practice of judo, karate, jiu-jitsu, aikido, taekwondo, and hapkido. We take orders from all over Brazil and we already export regularly to Mexico, Japan and part of Europe,” said the industrialist, who intends to capture part of the traditional karate market worldwide. 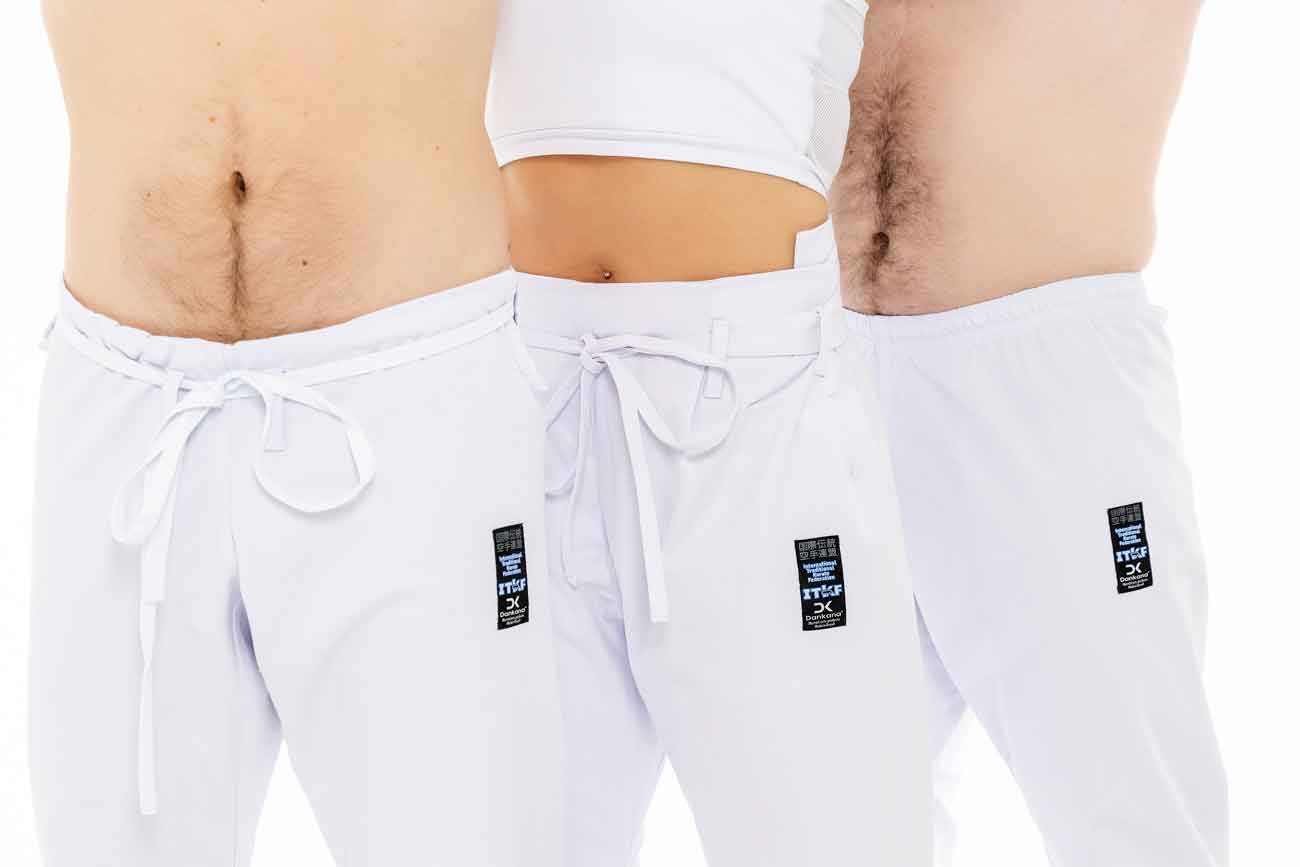 Black belt go-dan (5th dan) Mohamed Fawzy pointed out that attention to detail in all stages of production is one of the main characteristics of his brand. “That’s why we are looking forward to developing a specific line for ITKF, that testifies to the potential of traditional karate in a different way. Of course we expect to make a profit through this partnership, but our proposal is to develop a solid relationship, building loyalty to a large part of this market,” said the businessman who is also one of the main trainers of athletes in Egypt.

Laudi Spironello assures that Dankana is ready to serve karatekas from all over the world through its website. “We have adapted our karategis to the ITKF layout, with exclusive embroidery and labeling for overseas sales. The product can be chosen on the site and paid through the PayPal platform.” 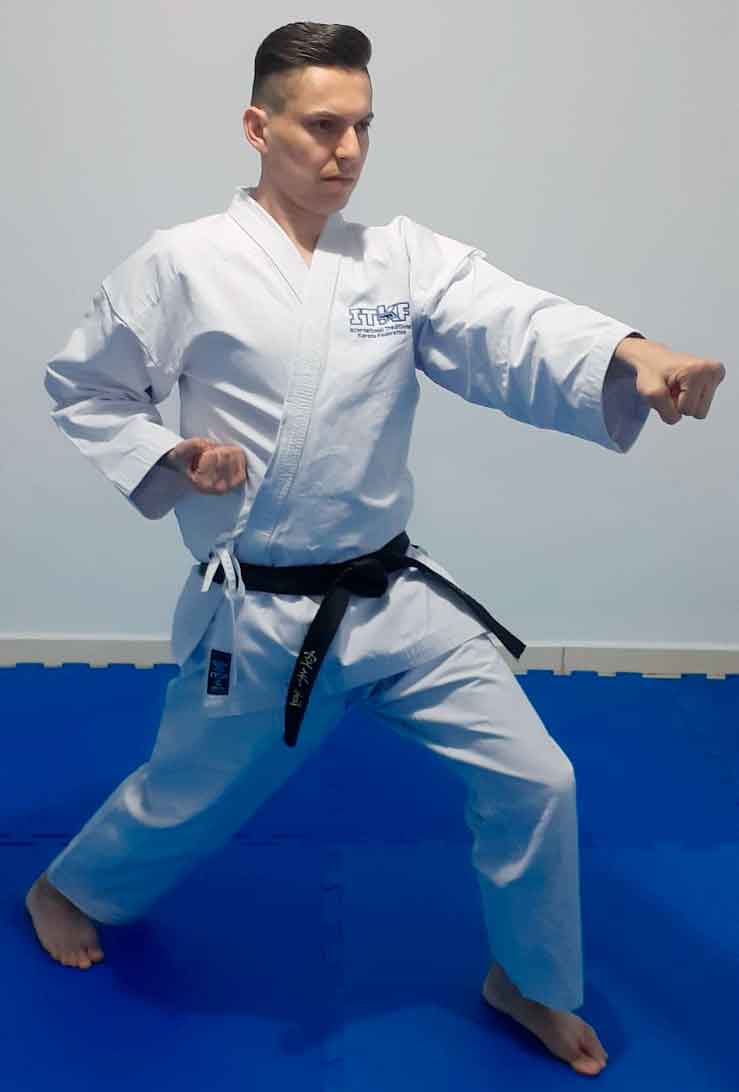 The Rio Grande do Sul manufacturer listed the company’s variety of products. “In addition to karategis and belts, we have a line composed of T-shirts, windbreakers, caps, and mouth, hand, shin, and breast protectors. In our line of gifts, we make available the customization of band-holders and medals. Besides these personal items, we have a decorative line for dojos, such as the wooden kamidaná and the bamboo dojo-kun, laser engraved with low and high relief letters.”

The Bushido executive also mentioned the importance of getting the homologation from one of the two main karate administration entities in the world. “I highlight the possibility of better industrial planning due to the sports calendars and the expressive sales through the participation in official ITKF events, such as world and continental championships, regional tournaments in the affiliated countries, technical and refereeing courses, and seminars”, said Fawzy. 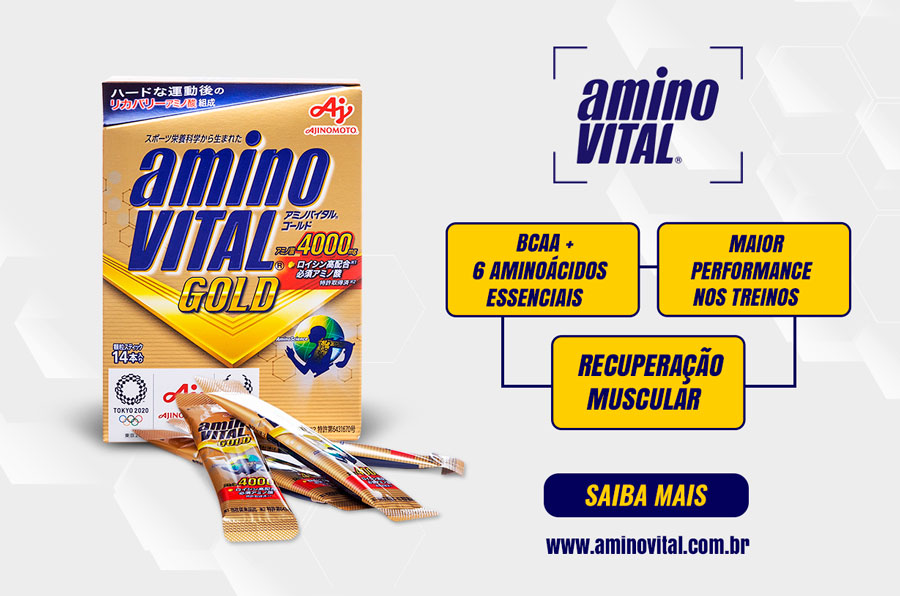 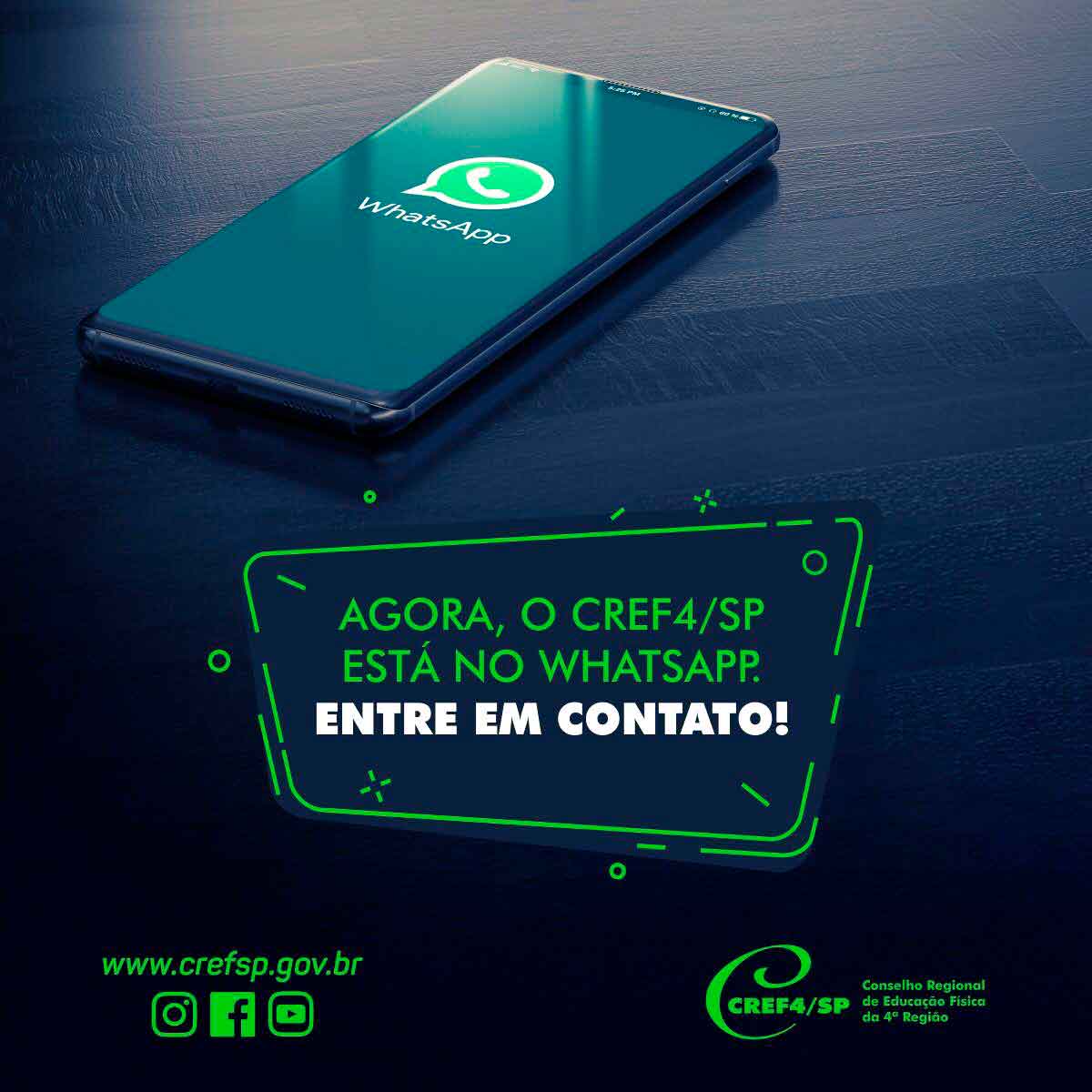 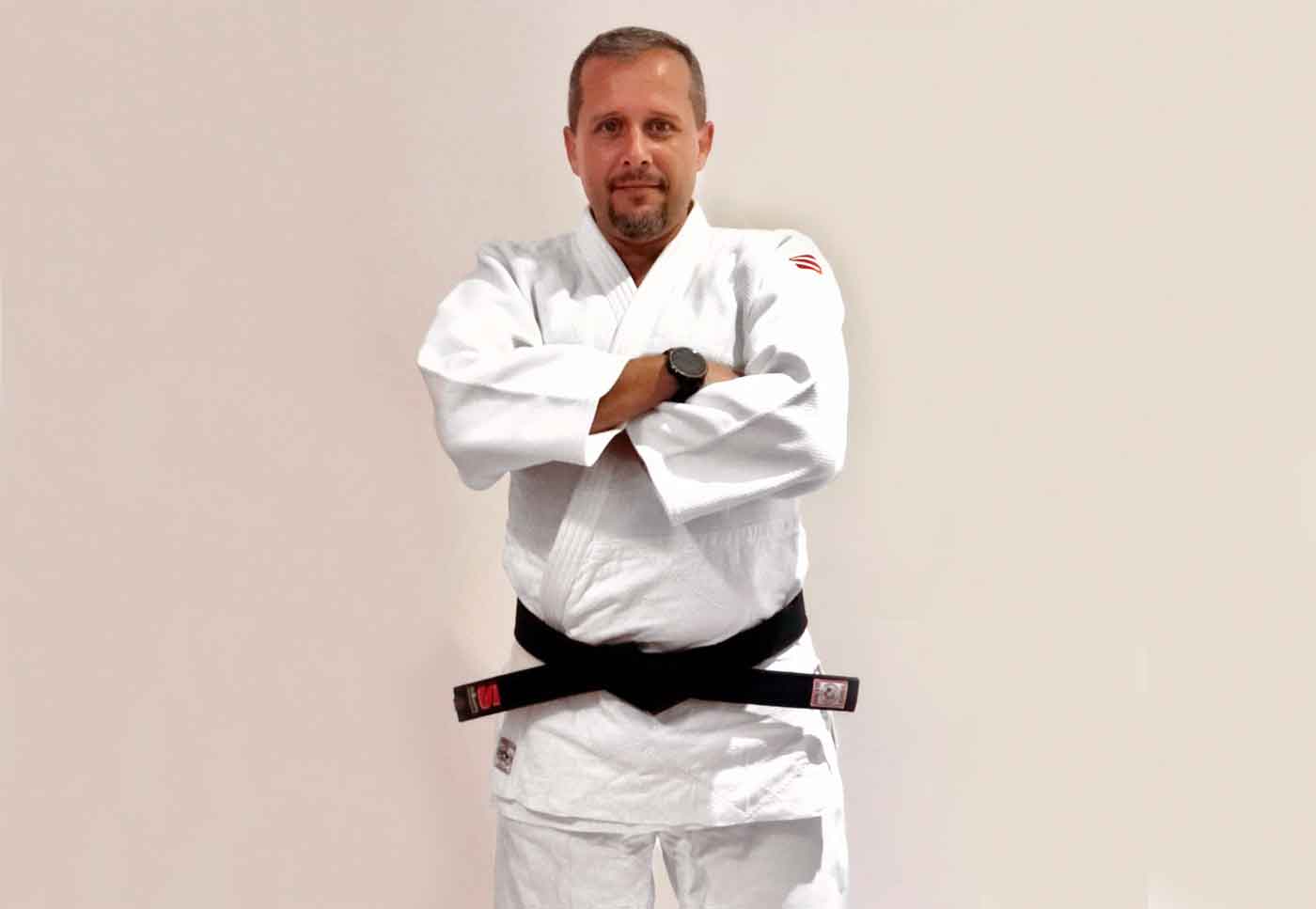 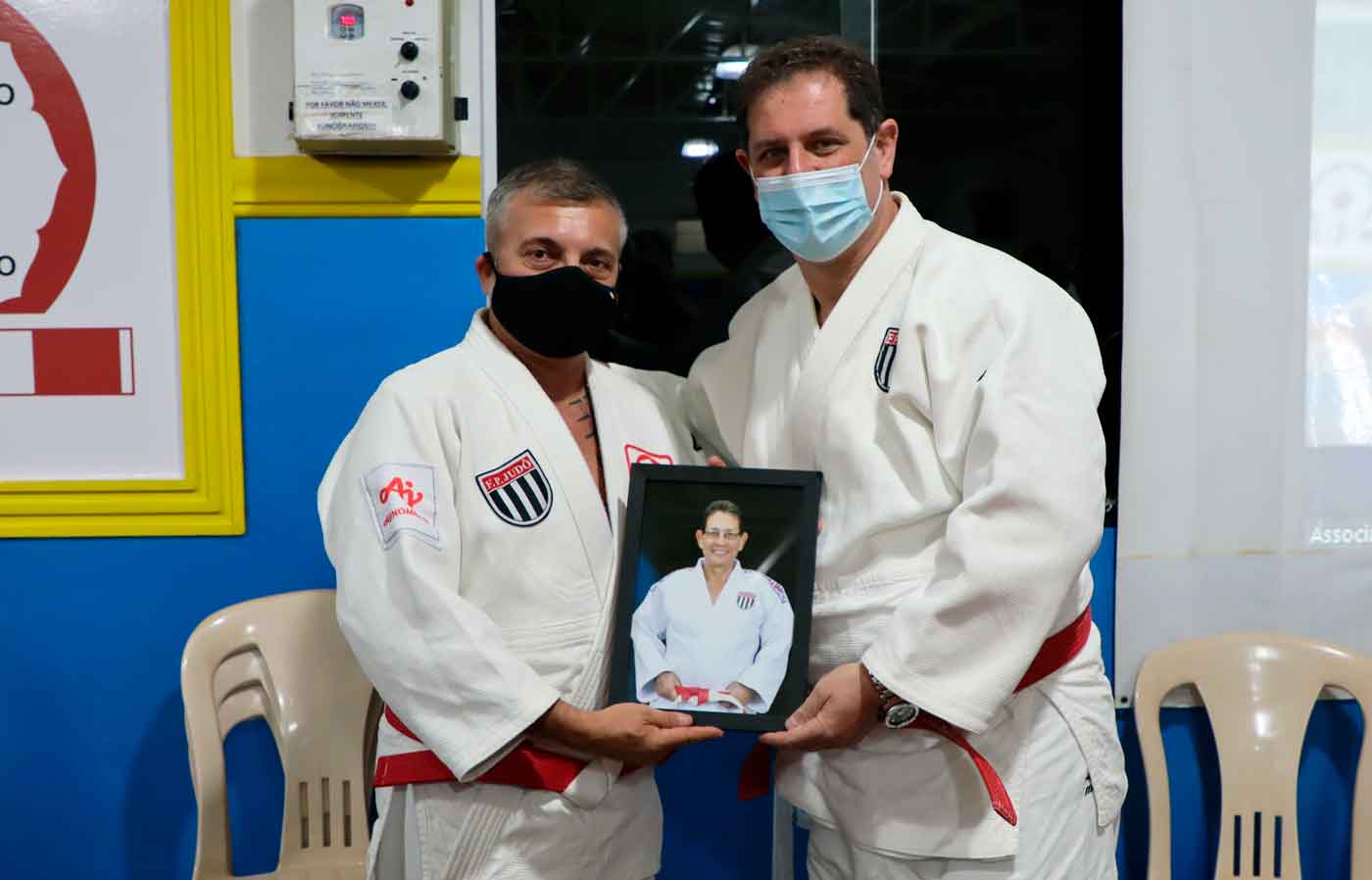